Ten Years After the Internet “Blackout” Protests, What Have We Learned?

Ten years ago this month, the world witnessed the largest online protest in history.

Ten years ago this month, the world witnessed the largest online protest in history. On January 18, 2012, more than 100,000 websites — including giants such as Reddit, Google and Wikipedia — went “dark” to protest two US intellectual property (IP) bills, the Stop Online Piracy Act (SOPA) and the Protect Intellectual Property Act. These bills would have required tech companies, including search engines, web hosts and payment providers, to take action against websites trading in copyright-infringing content such as pirated movies or counterfeit goods, a form of trademark infringement.

Two days later, the bills were dead and the SOPA protests became the stuff of legend: the first time in 30 years that IP advocates had suffered a serious legislative defeat in the United States. This surprising victory by a coalition of opponents, including librarians, privacy activists and artists, alongside tech firms, was seen as a testament to the power of civil society. Some scholars even wondered whether this protest was the beginning of a new transnational social movement capable of disrupting a US economic agenda that favours ever-stronger IP protection.

This ideal future has not come to pass. In fact, looking back at the 10 years post-SOPA suggests that the anti-SOPA activists may have won the battle but lost the war.

As I document in my book Chokepoints: Global Private Regulation on the Internet, the victory of the internet blackout protests was illusionary. Even as the protests raged, a small group secretly circumvented democracy and instituted handshake agreements that echoed many of the bills’ provisions. Companies including Google, PayPal and eBay adopted these agreements at the behest of the US government, which had taken the side of American IP companies in the debate. Internet-governance areas as far-flung as search, advertising, domain registration, online markets and online payments were conscripted into the fight against trademark and copyright infringement, much as governments and interest groups seek to conscript them today.

This outcome is ironic given that one of the main concerns expressed by the anti-SOPA protestors was a fear of increased governmental control over the internet. Instead of government regulation, however, we ended up with what some critics term shadow regulation — backroom deals between government and industry.

As the Canadian internet-regulation debates have shown, government regulation of online activity remains controversial. In its stead, informal, non-legal efforts have become more commonplace, as passing laws regulating the internet can be a slow, contentious process. And so we end up with industry self-regulation in the form of codes or standards in areas such as bias in artificial intelligence or, in the case of the European Union, a code of practice on disinformation in social media.

But granting industry the flexibility to interpret rules or assess its own performance can mean that it has few incentives to enforce rules that are contrary to its commercial interests. Social media companies, for example, are quick to agree to reactive measures such as flagging or removing bad content but generally reluctant to address problems inherent in their business models, such as relying upon user engagement as a key performance metric, even if that engagement promotes harmful content.

In the end, it’s hard to avoid the conclusion that, problematic as these bills were, they would have been preferable to the secretive, non-legally binding agreements that filled the resulting vacuum. Laws can be publicly examined and challenged. Informal agreements, meanwhile, exist in the grey zone of unaccountable government coercion and industry self-interest.

The focus on industry brings us to another lesson from the post-SOPA fallout: that in areas of civil rights and public policy, tech companies are only ever contingent allies.

The anti-SOPA alliance between protesters and tech giants involved a temporary alignment of interests. Companies and civil society activists were both concerned that the IP bills would further US regulatory control over the internet and heighten requirements of tech firms to police their users. Some protesters may have thought they had a natural ally in tech firms, which, especially in the United States, portray themselves as promoting democratic values, particularly free speech. In what’s termed technological exceptionalism, these companies also typically claim that their businesses are somehow inherently a force for social good.

This misunderstanding of the role of tech companies persists to the present day. The last decade has revealed that many tech companies are built on pervasive surveillance of users and (sometimes) workers, and business models that amass data (and profit) for the few, leaving many workers with precariously little. Countering the tech industry’s self-portrayal as an unqualified social good, activists and even tech workers have tackled companies on issues including abusive, discriminatory labour practices; facilitating government surveillance; and environmentally destructive business methods contributing to e-waste and unsustainable energy consumption.

It’s also worth noting that, for all the talk of transnational civil society, the anti-SOPA protests were a US phenomenon. As we’ve learned over the past decade, tech scandals that happen in or feature the United States are more likely to stimulate official action. Consider the significant media interest in the latest Facebook whistle-blower, Frances Haugen, who, in revealing that the company ignores its internal research on harmful activities, confirmed research by academics. Problems outside the United States, such as social media’s role in facilitating a genocide in Myanmar, tend to stimulate less official action. When it comes to other countries’ problems with the internet giants, the rest of us are largely on our own.

Probably the biggest lesson here is that only governments have the necessary power to enact and enforce rules to rein in big tech and regulate the digital economy. The blackout protests and the anti-democratic transformation of the SOPA bills into secret handshake deals revealed the degree to which governments, in this case the US government, further industry concerns at the expense of the public interest. The challenge for the next decade is reorienting governments to take seriously the internet’s economic, social and environmental problems, not through secret deals, but through democratically accountable means. 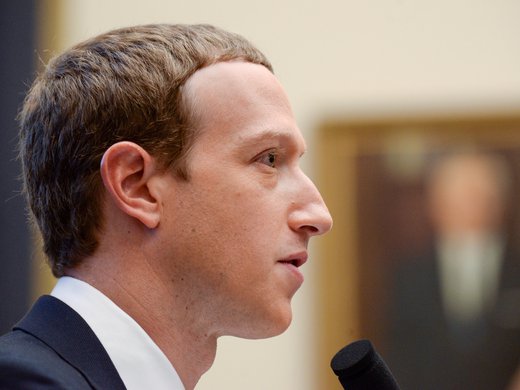 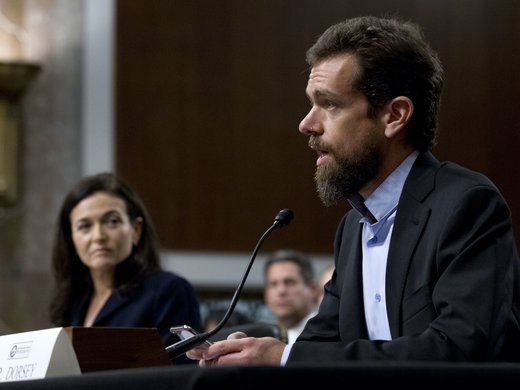