US Antitrust Hearings Are the Start, Not the End, of a Long Game

This week, big tech came under the antitrust gaze of the US Congress. As the culmination of a year-long investigation into the business practices of platform companies, and led by the chair of the House Judiciary Subcommittee on Antitrust, Commercial and Administrative Law, David Cicilline, the CEOs of the Big Four — Mark Zuckerberg (Facebook), Jeff Bezos (Amazon), Tim Cook (Apple) and Sundar Pichai (Alphabet/Google) — were called to defend their business practices. The question is whether these companies are behaving in anti-competitive ways, and if so, what to do about it.

The hearings themselves are spectacle. But so was the grilling of tobacco CEOs in 1994, and that was the start, not the end, of a major regulatory shift. Public hearings prime government and the public for change. They are part of a long process.

The challenges for Chairman Cicilline and the committee, however, are daunting. These are some of the most powerful companies in human history. Together, these four companies have a market cap of nearly $5 trillion. And they are growing quickly. As New York University professor and podcaster Scott Galloway recently pointed out, “in a five-week period during the pandemic, [Amazon] added the value of the world’s largest firm by revenue — Walmart.” This is market concentration on steroids.

Added to the challenge of this power is that each of these companies controls different aspects of our digital infrastructure and, as a result, represents a different set of antitrust issues. Google dominates search. Facebook controls our social graph. Apple has privileged control over what software is on our phones. And Amazon is rapidly becoming the world’s marketplace. As such, they each potentially pose different antitrust threats.

In a recent roundup of the “hottest antitrust potatoes” for each of the Big Four, scholar Nicolas Petit highlighted that Amazon could be accused of controlling the market, as it is selling its Amazon Basics products on its own platform, based on sales data it has collected on its own brand’s competitors as a function of owning the market. Petit also points out that Google has been accused of using its control of search to preference vertical services such as Google Shopping, Google Flights and Google Maps; the non-profit newsroom The Markup analyzed 15,000 recent popular searches and found that 41 percent of the first page of search results on mobile devices pointed to results internal to Google. Further, Apple uses its control of the App Store to collect a 30 percent fee for all in-app purchases, while at the same time competing directly with these apps with Apple services subsidized by other products the company sells (think Apple Music competing with Spotify using revenue from iPhone sales). And, finally, Facebook has been accused of acquiring nascent competitors based on usage data that Facebook collects, as well as of a host of additional privacy-related problems based on their massive data collection operation.

If this isn’t enough complexity already, in order to govern these technologies, we will invariably need both a combination of broad competition policies and wider data and content-regulation policies. There is simply no silver bullet for the challenges that platforms present to democracy.

First, traditional antitrust policy is premised on the notion of consumer harm. This harm has traditionally been defined as financial, that is, determined by whether a product or service is more expensive to the consumer due to anti-competitive business practices. But it is harder to show financial harm when the services offered by platform companies are free. Instead, we likely have to broaden our definition of consumer harm to include non-financial measures, such as privacy violations, or even harms to our democracy. Competition policy might also need to think about other attributes of the platform system, such as control of data. Facebook is powerful in part because it controls our social graphs and vast data about our lives. Should these data sets be portable, so that we as consumers can exercise more choice, and so that new companies can emerge, offering different value propositions?

Second, in order to rein in big tech, we need more than just competition policy. As I have discussed in a previous Big Tech essay, governments are also going to have to develop new data regimes and new forms of content-moderation policies. This is a complex agenda. And our guest on this week’s Big Tech podcast has been at the centre of it.

Damian Collins is a Conservative Party member of the UK Parliament. He chaired a prominent parliamentary committee investigation into Cambridge Analytica, and through that process became a powerful global voice in the discussion about the democratic harms of big tech and how to regulate them. In 2018, Collins and three other members of Parliament, one from Canada (Nathaniel Erskine-Smith) and two from the United Kingdom, sat down for beers in Washington, DC, and decided to found the International Grand Committee (IGC). The IGC is an ad hoc group of elected representatives from around the world and across the political spectrum. It was created so that politicians from different countries — and with different political leanings — could start having more substantive discussions about how best to govern big tech. They all believe that our current digital infrastructure is placing new strains on our democracies, and that governments must work together to both experiment with new forms of governance and collaborate on issues such as antitrust.

As you will hear in this conversation, while the US Congress might be belatedly turning their attention to regulating big tech, the rest of the world is one step ahead. 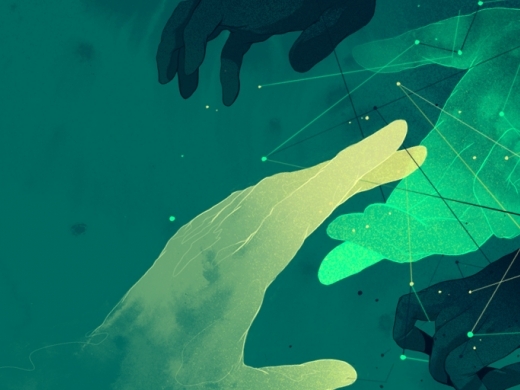