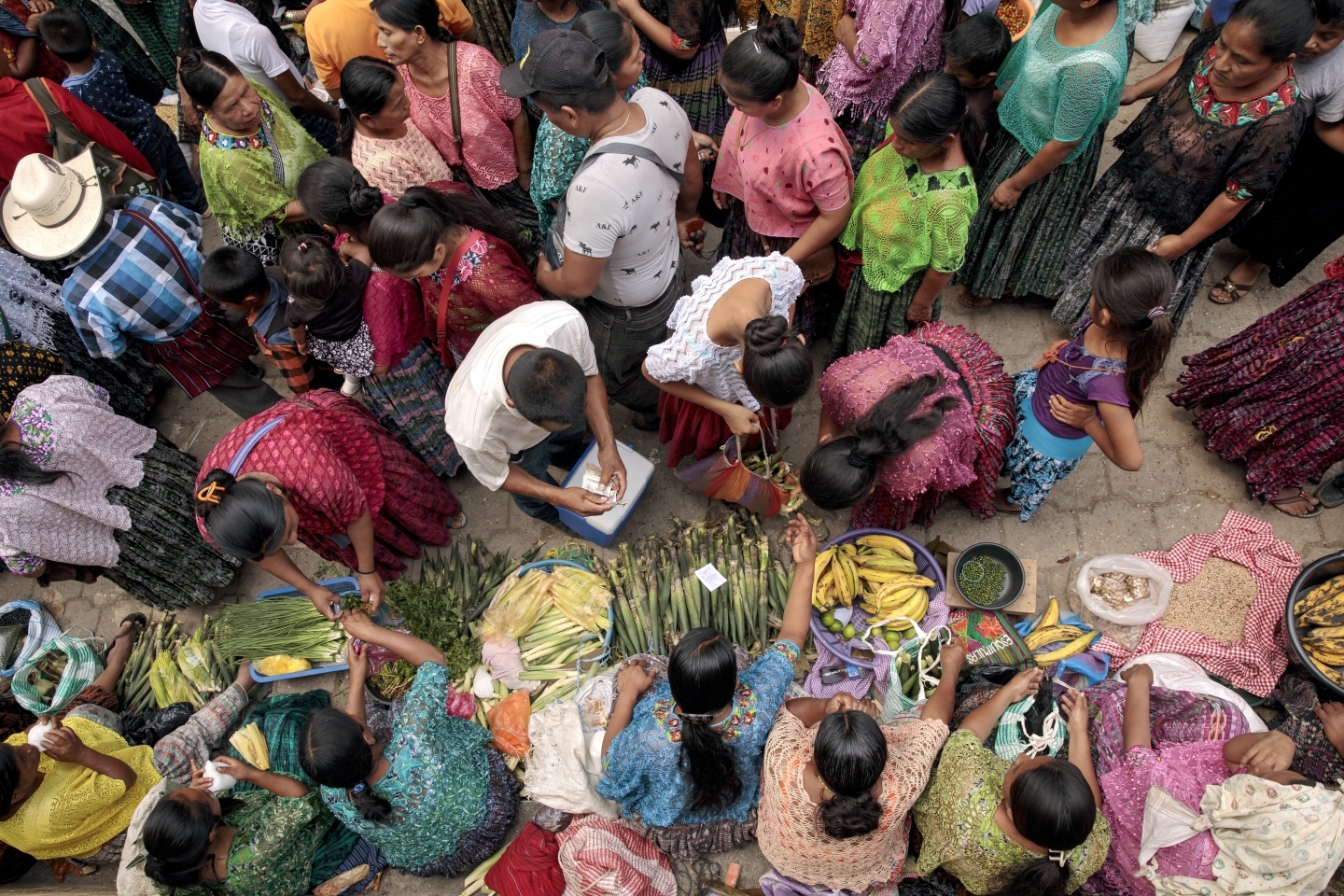 As the pace of globalization accelerated over the past three decades, it became increasingly difficult to argue for a siloed approach to international law obligations. In a world where trade, environment, labour and human rights regimes operated in splendid isolation, gender and trade could never meet. More recently, however, a focus on the lived experience of women and girls around the world has been crucial in shining a light on how the global rules-based order is deeply interconnected, such that issues of gender equality of necessity must enter the rarified world of trade.

Besides treaties that aim specifically at promoting women’s rights, such as the Convention on the Elimination of All Forms of Discrimination against Women, we are now seeing other international instruments, such as the UN Declaration on the Rights of Indigenous Peoples, the Convention on Biological Diversity and the Paris Agreement on climate change, as well as the 2030 Sustainable Development Goals, all recognizing the importance of addressing gender equality and gender impacts in order to achieve important global objectives.

In this spirit, the 2017 Buenos Aires Joint Declaration on Trade and Women’s Economic Empowerment renewed efforts to understand how trade affects women differently than men and how women’s economic empowerment might be advanced through international trade. Governments are learning how to do gender-based analysis (GBA) and how to assess intersectionality (how experiencing multiple grounds of discrimination may compound disadvantage, often referred to as GBA+) in developing trade policy and negotiating new trade agreements. This analysis is showing that gender and intersectional impact can be obvious (for example, prohibitions affecting women’s access to education, professions, financing or travel) and can be more subtle (such as how certain chapters in a trade agreement might impact men and women differently).

Clearly there is much that has to be done “behind the border” in terms of creating the legal and social conditions for gender equality within each country and globally. The authors in this essay series focus their attention on what can be done to advance gender equality within the process of negotiating and drafting new trade agreements. While progress is slow, there is already evidence that applying GBA+ to every step of a trade negotiation — a whole agreement approach — will help to identify potential challenges and opportunities for promoting gender equality. If all negotiating parties engaged in this GBA+ approach, we would see the rapid progress that is urgently needed. 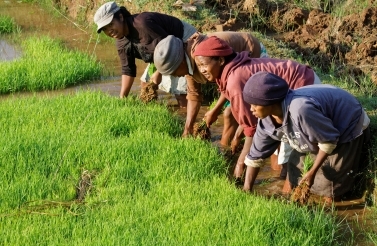 The recent experience of the Government of Canada in its negotiations with Mercosur is instructive. In its August 2019 Summary of Initial GBA+ for Canada-Mercosur FTA Negotiations, Global Affairs Canada explained that its GBA+ approach was informed by consultations with experts and stakeholders who emphasized the need for ex ante and ex post GBA+ of the entire trade agreement. They also stressed the importance of high-quality, broad-based gender-disaggregated data in order to conduct sector-specific analyses; identify impacts on racialized, impoverished and socially excluded populations; and develop gender-sensitive, inclusive trade policy. The consultations acknowledged that even with improvements to trade agreement negotiations, domestic measures to ease trade-related adjustments to the economy likely would still be necessary.

Grouping the potential chapters of the Mercosur draft agreement into four broad categories (goods; services, investment and government procurement; inclusive trade; and institutional and dispute settlement chapters), the report identified an impressive array of opportunities to address gender in each category. However, it also acknowledged that trading partners would need to share the interest in promoting gender equality through trade agreements in order to make any headway.

The report observed that “most of the sectors affected by trade in goods are male-dominated in terms of direct employment,” such that more immediate benefits would flow to men, with some secondary benefits flowing to women. There would be across-the-board benefits for small and medium-sized enterprises (SMEs), including those owned by women, because of terms that would level the playing field, reduce red tape, and increase predictability and transparency. In addition, the report suggested that with a willing trading partner, it might be possible to draft a provision on rules of origin to offer a simplified, alternative path to qualify as originating, to be accessed by women-owned producers of traditional, folkloric and Indigenous handcrafted goods.

The report found that GBA+ identified ample opportunities to pursue gender-responsive and inclusive provisions in the chapters on services, investment and government procurement, again, if there was a willing negotiating partner. The analysis of the chapter on intellectual property (IP) highlighted a significant gap, not all of which is attributable to trade, in the participation of SMEs and under-represented groups such as women and Indigenous peoples in the IP system. The report proposed negotiating targeted cooperation provisions to encourage greater participation of under-represented groups in the IP system.

There is considerable potential to address gender dimensions in trade negotiations. The immediate challenge is to find willing negotiating partners.

With respect to the chapter on cross-border trade in services, GBA+ found that the national law of at least one negotiating party restricted women’s employment, which would have a discriminatory impact on women traders in services. The report suggested that this could be addressed by negotiating a provision to ensure that all service professionals are treated fairly regarding licensing and qualification requirements and procedures.

The report found that the e-commerce chapter raised some challenging gender considerations. This is because research and analysis indicate that there is a growing gender-based digital divide affecting training, education, employment, and access to and use of information and communications technologies (ICT), all of which are exacerbated by intersectional factors. The report suggested addressing these issues by negotiating provisions that promote ICT accessibility for these groups, but, arguably, a more robust approach is needed to close a widening gap that has the potential to undermine other advances in gender equality.

On temporary entry, the report explained that the chapter relies on domestic definitions of “spouse,” which, in some countries, do not include same-sex partners. Perhaps one way to avoid discriminatory impacts might be to negotiate reciprocal recognition by host states of the home state family status of a spouse accompanying a temporary entrant.

The report noted that the investment chapter could include provisions that preserve the government’s right to regulate the protection of gender equality and non-discrimination, and to require increased representation of women in business. Government procurement also provides opportunities to increase participation of women-owned SMEs in this area, to build the capacity of these businesses so they can eventually expand into global markets.

Under the general heading of “inclusive trade,” the report observed that the environmental chapter has the potential to promote women’s already high level of engagement in the environmental goods and services sector as researchers and scientists, business owners and employees. It also suggested that, with a willing negotiating party, the provisions in the labour chapter could address gender and sexual orientation-based discrimination, the gender wage gap, and gender-based harassment, bullying and violence. Canada is also seeking to negotiate cooperation-based chapters to address trade and gender, SMEs, and trade and Indigenous peoples. These chapters are aimed at removing barriers to economic empowerment and ensuring “that the benefits and opportunities from trade are more widely shared, including among traditionally under-represented groups in the economy and trade.” 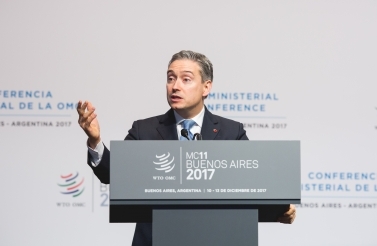 Even in the institutional and dispute settlement chapters, one can find opportunities to address the gendered dimensions of trade. The report proposes that since women are highly represented in the legal profession in Canada, the dispute settlement chapter could have provisions to ensure gender parity and diversity among panellists in international dispute settlement proceedings. Lastly, the report observed that the inclusion of provisions on gender equality, Indigenous rights, and micro, small and medium enterprises in the preamble to the agreement would inform its overall interpretation.

The report, which does not claim to be more than a work-in-progress, shows that there is considerable potential to address gender dimensions in trade negotiations. The immediate challenge is to find willing negotiating partners. There is no doubt that by going through the GBA+ as part of its internal process, the Canadian negotiating team has advanced its understanding of these issues. Sharing the findings of this internal process as lessons learned and best practices contributes to collaboration on making trade and development policies more gender responsive, as envisioned by the Buenos Aires declaration. If this helps other parties see the usefulness of GBA+, more countries will become willing negotiating partners to broaden participation in trade.

For years, trade negotiators carried on as though trade was gender neutral and trade agreements impacted nothing but trade itself. We now understand that trade affects not only the economy but development, the environment, conditions of labour and the human rights of people everywhere. If such issues are not integrated carefully, the international rules-based order may run into regime conflicts, become less effective in addressing global concerns and risk being viewed as less legitimate. While GBA+ reveals the enormous potential for women’s economic empowerment through trade, negotiators who always understood that international trade was not a zero-sum game should also recognize that gender equality is not a zero-sum game either. Everyone benefits from making the world fairer and more just.