Indigenous laws are living, vibrant and rooted in histories and landscapes that have existed much longer than 150 years — and can benefit all Canadians, writes Sarah Morales. 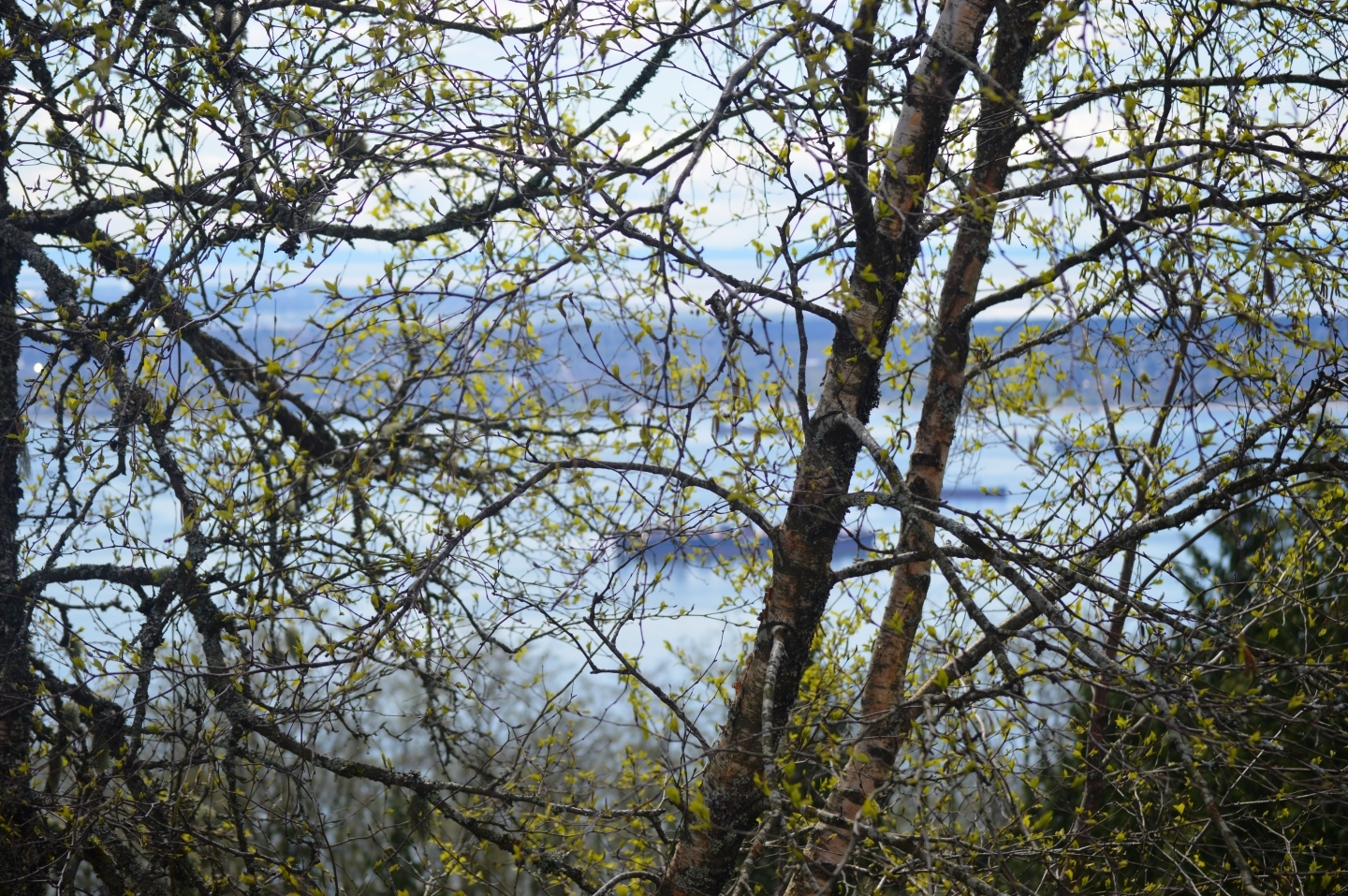 View of the Salish Sea (Shutterstock)

As an Indigenous scholar, I have been asked numerous times over the past year, “What does the 150th anniversary of Canada mean for you?” This question, simple as it may appear, is actually quite complex, because I do not view myself as solely a Hul’qumi’num Mustimuhw (which means “Hul’qumi’num People” and refers to the five Island Hul’qumi’num Nations of Cowichan Tribes, of which I am a member, Penelakut Tribe, Halalt First Nation, Lyackson First Nation and Lake Cowichan First Nation.) The legal tradition of my people has taught me to value “all my relations.” Law and politics take one beyond ancestry in defining both community and one’s relationship with the surrounding communities.

The Hul’qumi’num Mustimuhw, like other Indigenous peoples, are a sovereign entity whose lives and activities have been deeply affected by the Canadian government. This history and the resulting relationship, be they positive or negative, have influenced our legal traditions and politics. I cannot celebrate 150 years of “dispossession, disruption, and coercion” that have negatively impacted my family, community and Nation. But as I look out at my territory —Mount Tzouhalem, where I can see the basking frog and flood story, or the mouth of the Cowichan River, where I can see the whale and the thunderbird fighting — I cannot but feel immense pride, gratitude and hope for that to which I am connected. As I think about how my experience and my people’s history inform my perspective on Canada 150, I must acknowledge and respect “all my relations” who have shaped my understanding of “where we are.”

The land best tells the story of these past 150 years for my people. The Coast Salish world is rich in natural beauty and resources. Snowy mountains tower above river valleys that are home to elk, deer, bear and other species. Rivers meander through valley floors, carrying salmon and trout, and eagles fly overhead, hoping to partake. The boughs of cedar and Douglas fir trees rustle in winds scented by ocean salt. All of this characterizes my home, my sense of place. But this land is also overlaid by settler colonialism.

Today, many of the mountains stand bare. Old-growth cedar and fir trees are visible only on the backs of logging trucks. Highways and railways crisscross the land like stitches, marking the wounds of contact. Deer and bear are seen walking through subdivisions, scrounging in dumpsters. Ocean winds carry the stench of oil and sewage; ocean harbours now house commercial docks and treatment plants. Shallow waters filled with debris have replaced mighty rivers once filled with spawning salmon. Big-box stores stand in contrast to reserve homes, signifying the different experiences of the occupants of the Coast Salish world. These sights and sounds also influence my thoughts and feelings about “where we are”; it is somewhere between these two realities that I experience my territory today.

Just as the land reminds me of these two histories, it also reminds me that I am living in a multi-juridical world. The land is a source of our laws, and it is a storehouse for them. In the Coast Salish culture, oral traditions about the First Ancestors provide some of the basic cultural material by which community members develop and express their relationship to the land and each other — their legal tradition. Telling these stories, along with the experience of these beings at these places, bring these ancestors to life. These sites become these ancestors and are places where the Hul’qumi’num legal tradition can be “applied, studied, perfected and taught.”[1]

As one travels through our stu’ul nup — a Hul’q’umi’num word, my elders explain, meaning “where we are,” which Cowichan people use to refer not only to a specific location but also to traditional territory — contemporary village sites and stone landmarks mark the places where these First Ancestors fell. For example, Stuts’un was the second ancestor dropped from the sky and he landed between the two peaks of Swuq’us (Mount Prevost). When I look at Swuq’us, I see the face of Stuts’un in the profile of the mountain and I am reminded of the stories of his travels, of his cultural teachings and of the rights of his living descendants. My grandfather, Angus Smith, taught me, “Where you dropped is where you belong...they were carrying cultural teachings...the cultural teachings were shown them, instructing them what was good for their life.”[2]

However, over the past 150 years, other laws, introduced through the colonial process, have also competed for my community’s adherence. Despite this immense pressure, our own laws remain of significant value and influence in my community. But this does not mean that our legal traditions have not been influenced by others; just as the landscapes have been altered by colonialism, so too have our legal traditions. Yet all legal orders change, and change does not render them inauthentic or inoperable (as John Borrows argues in his book Canada’s Indigenous Constitution).

The only way a true “nation-to-nation” relationship will develop in the next 150 years will be through recognizing such Indigenous legal traditions throughout Canada. As the commentary from Indigenous peoples has illustrated this past year, Indigenous communities are reclaiming their inherent right to self-determination all across the country. While the direction and focus of this process differs for each Indigenous community, all seem to share one goal: to live according to one’s own culture and system of beliefs and practices — including one’s own legal tradition.

The recent Truth and Reconciliation Commission has fostered growing recognition of the importance of revitalizing and teaching Indigenous laws. Indigenous laws are being discussed and taught in Canadian law schools. Some universities have implemented mandatory courses in Indigenous legal orders, while others have piloted non-compulsory Indigenous law courses or streams. Lawyers are offered specialized workshops in this field. Judicial training has begun to focus on Indigenous laws and legal traditions, how to recognize them and work with them in decision making. These developments hold promise and hope for the next 150 years in Canada — for Indigenous and non-Indigenous peoples.

Our legal traditions are living, vibrant and rooted in histories and landscapes that have existed much longer than 150 years. Indigenous laws are written in the land, surrounding us, influencing us and waiting for their recognition and renewal. These laws will help heal the wounds from the past 150 years. Accordingly, when people travel through my territory, I hope that they do not just focus on the over-development of the land or the poverty of the reserves. Instead, I hope that they turn their gaze upward, toward my First Ancestor, Stuts’un, and see how the laws he gave my people could benefit not only the Hul’qumi’num Mustimuhw, but all Canadians. 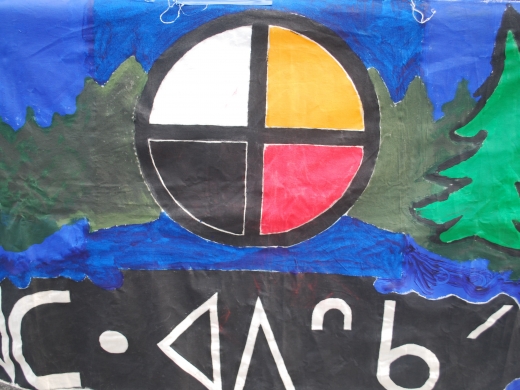 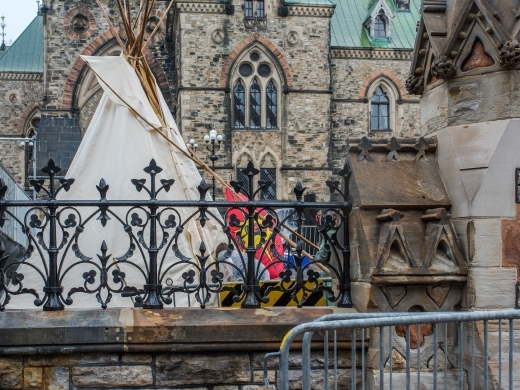