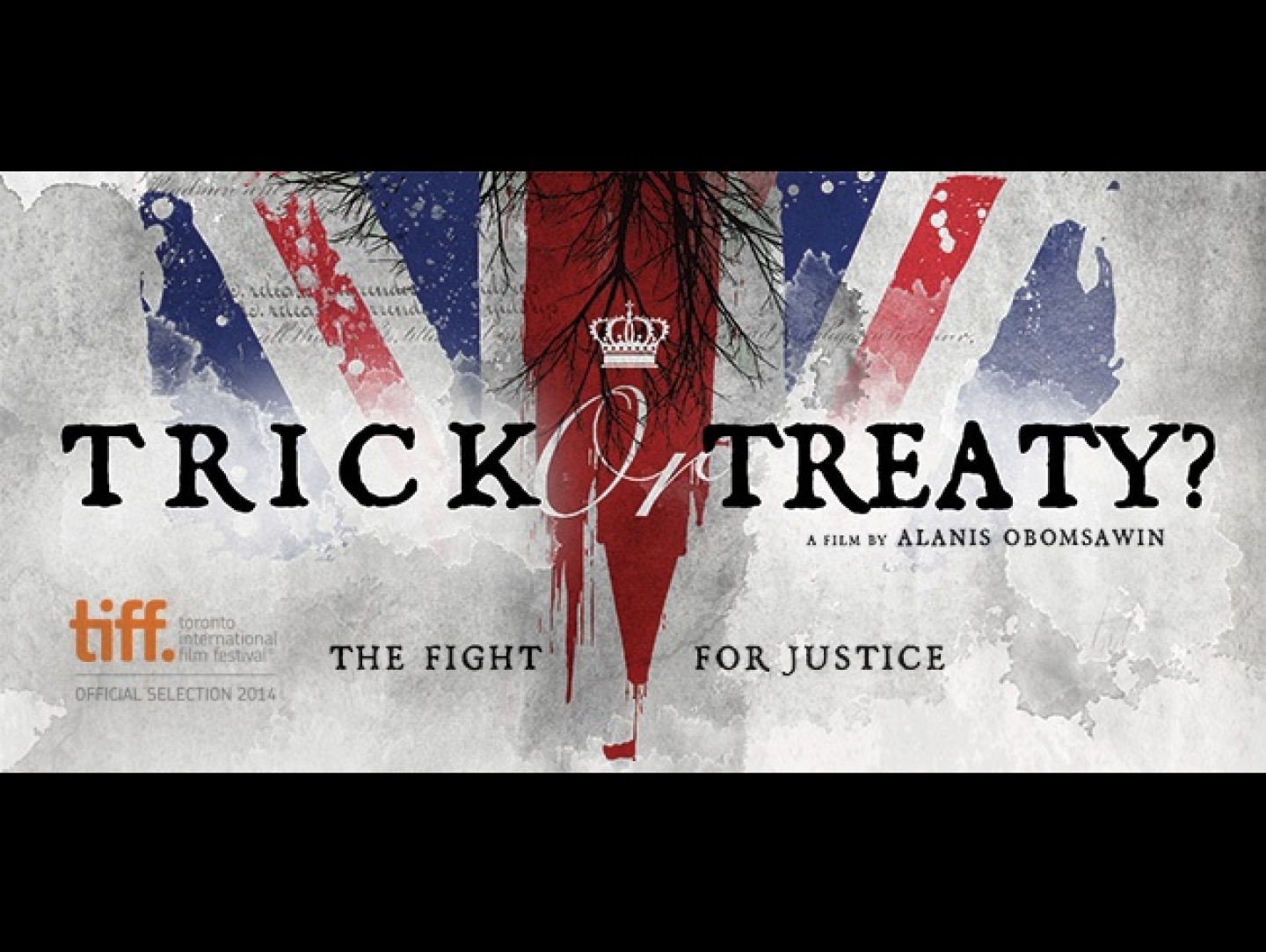 Title Card for "Trick or Treaty?"

In advance of National Indigenous Peoples Day, the Cinema Series will feature the 2014 TIFF Masters selection Trick or Treaty?. The film examines the history of Treaty 9, the controversial 1905 agreement between the Government of Canada and Indigenous peoples concerning  the lands around James Bay. This feature documentary by acclaimed filmmaker Alanis Obomsawin (Kanehsatake: 270 Years of Resistance) profiles Indigenous leaders in their quest for justice as they seek to establish dialogue with the Canadian government.

By tracing the history of their ancestors since the signing of Treaty No. 9, these leaders aim to raise awareness about issues vital to First Nations in Canada: respect for and protection of their lands and their natural resources, and the right to hunt and fish so that their societies can prosper.

The Centre for International Governance Innovation (CIGI), is pleased to announce a new partnership with the Grand River Film Festival, and THEMUSEUM to deliver public film screening events throughout the
year.