Much of today’s international governance systems were established before the rise of modern digital platforms and therefore lack the ability to address these new digital issues. It is becoming increasingly clear that digital technologies are advancing at a rapid pace, and regulators are struggling to keep up. CIGI was founded 20 years ago to address gaps in global governance. As our work progressed, we realized the transformative effects of digital technologies and we chose to focus our efforts in this area. We understood that the impacts of technology were not happening in silos, but rather in crosscutting ways across multiple sectors and regulatory bodies.

We can no longer separate trade and prosperity from intellectual property and data flows; democracy and justice from misinformation and foreign interference; or security and warfare from cybersecurity and cyber theft. This is why CIGI is now focused on identifying gaps in international governance through the lens of digital technologies.

Rohinton Medhora: Look around you: almost everything you do on a day-to-day basis is in some way informed or affected by digital technologies and therefore affected by how we manage them.

Jim Balsillie: In tech governance or digital governance, you’re in for a penny, you’re in for a pound. So, you either understand it deeply and holistically, or you’re stuck at a superficial level, and to make a contribution both domestically and internationally, we realized we had to go deep there and we did and give it focus because this was not just a vertical element to think about now. It was a horizontal, cross-cutting, principally shaping element in many of the global governance files of our time.

Maureen O’Neil: I think even 15 years ago, we might not have imagined how digital would dominate. Because when you add in — when you think about all of the dimensions of foreign policy, whether it’s trade, whether it’s security, whether it’s defence. You can’t think of one aspect of any of those that digital has not — if not transformed — at least made us think about doing differently.

Mai Mavinkurve: I don’t think anyone can argue that technology has, and is going to continue, to transform our economies and our values. And the heart of that is data. It’s the fuel for AI, for decision making, it’s really going to power the next wave of economic growth.

Giuseppina (Pina) D’Agostino: It’s more important than ever to understand intellectual property and how important it is to the growth of our economy and its sustenance because the majority of our assets are actually made up of intangibles.

Brigitte Vézina: We need to have a fair and balanced IP system if we want the intangibles economy to benefit society as a whole.

Heidi Tworek: One of the things that makes this moment uniquely challenging, but also exciting if you’re interested in governance innovation, is the many different parts of our lives, the same platform companies are actually affecting. And then figuring out how to grapple with that. And also figuring out how to grapple with the fact that these companies have headquarters in just a few countries, but they’re affecting almost every jurisdiction around the world. So that the main solutions to really understanding how to govern them are going to have to be coordinated internationally.

Aaron Shull: Trade, innovation, intellectual property, cybersecurity, data governance, foreign policy: it’s all linked. And, so, if you take only one lens, you will miss a very, very important part of the conversation. And I think if you take a narrow policy approach, you will be doing yourself a disservice because of the horizontal nature of the policy challenges that we face.

John English: I think every country needs an international affairs, international governance organization. They’re important. There has to be a non-partisan place for discussion and interpretation and analysis of international events and identifying directions of change, whatever they may be.

Susan Ariel Aaronson: Other think tanks tackle it from, let’s say, an economic angle or a competitiveness angle, but CIGI is probably the only think tank that melds the economic angle with the democracy angle.

Gordon Smith: There are lots of institutes or centres dealing with global issues, dealing with specific issues, but the thing that makes CIGI different is that it focuses on the need for better governance in a particular area.

Thomas Bernes: And I think, where our comparative advantage is, is identifying those new topics when there’s a gap and where we can draw attention to it and help to define the debate for the broader global community. And in that sense, I think, digitization, the digital world is an important topic, so CIGI is right on there. 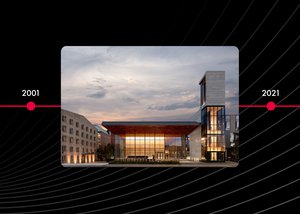 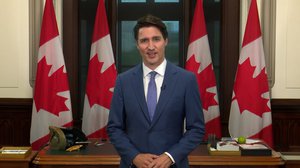