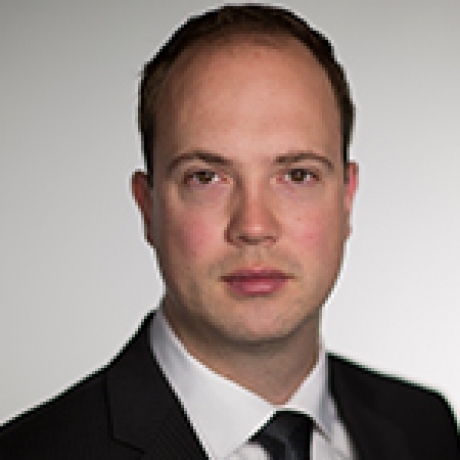 As CIGI’s managing director and general counsel, Aaron Shull acts as a strategic liaison between CIGI’s research initiatives and other departments while managing CIGI’s legal affairs and advising senior management on a range of legal, operational and policy matters.

A member of CIGI’s executive team, Aaron provides guidance and advice on matters of strategic and operational importance, while working closely with partners and other institutions to further CIGI’s mission. He also serves as corporate secretary.

Aaron is an expert on cyber security issues. He coordinated the CIGI essay series Governing Cyberspace during a Crisis in Trust. In his introduction, he argues that more robust international norms for cyber security are a national imperative for Canada.

Prior to joining CIGI, Aaron practised law for a number of organizations, focusing on international, regulatory and environmental law. He has taught courses at the University of Ottawa, Faculty of Law, and the Norman Paterson School of International Affairs and was previously a staff editor for the Columbia Journal of Transnational Law.