Building Climate Accountability from the Bottom Up

As the US wavers on Paris accord, blockchain is seen as a tool to engage non-state actors and verify signatory action 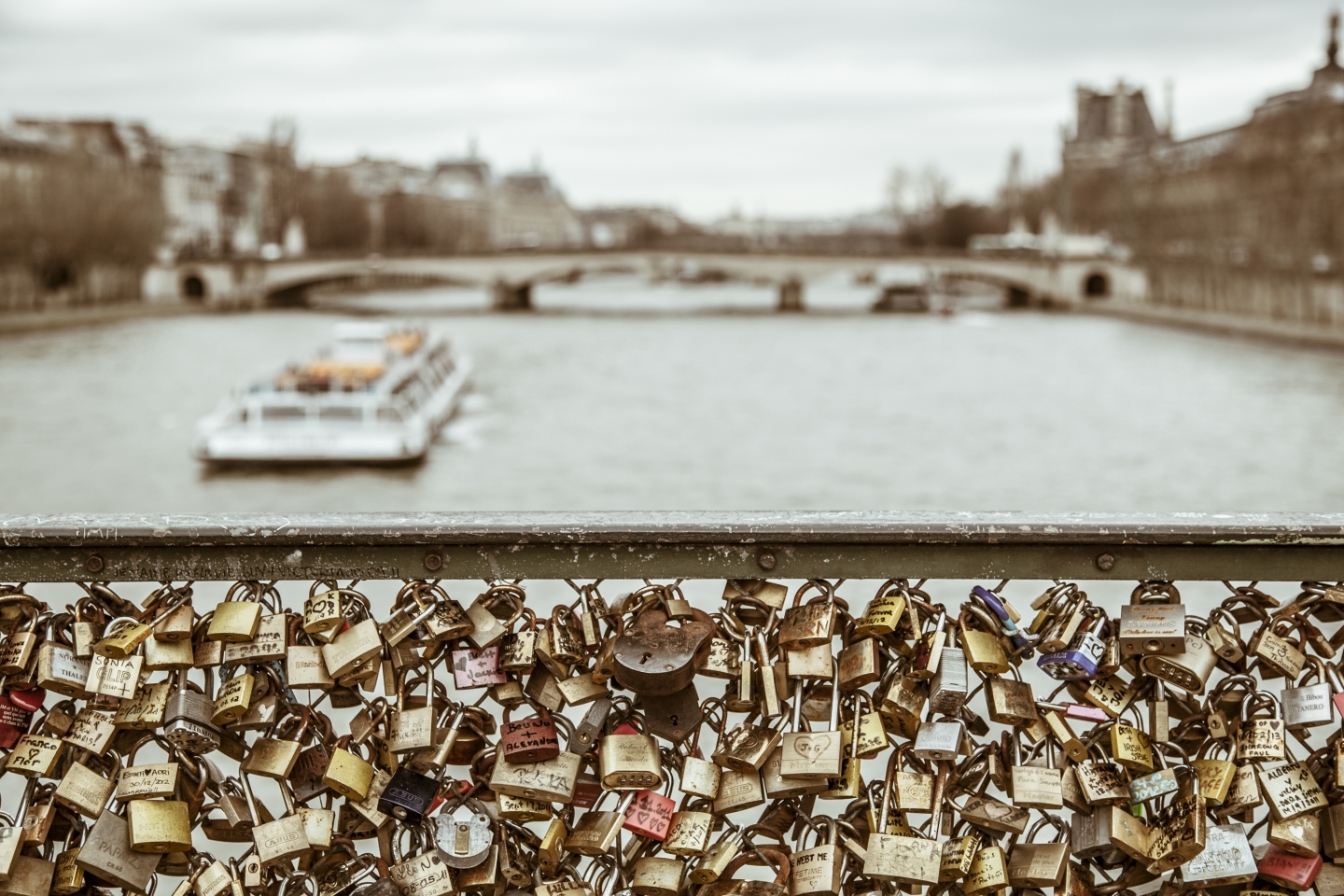 While the diplomatic fallout from US prevarication over the Paris Agreement has been preoccupying world leaders of late, among those tasked with actual implementation of the accord, there is a growing interest in bottom-up climate action that would bring radical transparency to the opaque operations of the pact through disruptive technologies.

With the closing of the recent international climate conference in Bonn, which will also play host to the annual UN climate change summit in November, an important building block of global climate action seems to be falling into place.

A coalition of international lawyers, climate policy makers, and information technology and innovation researchers is forming to explore the potential application of blockchain technology to contribute to meeting the all-important transparency, public engagement, trust and carbon-accounting dimensions of the Paris accord on climate change.

In side events, public announcements and interviews at the Bonn conference organized under the auspices of the Secretariat of the United Nations Framework Convention on Climate Change (UNFCC), researchers broached the possible application of blockchain technology to address climate change challenges.1

While the proponents were enthusiastic, they prefaced their remarks with a call for more collaboration and research to determine the most promising use cases and to address some of blockchain’s current deficiencies.

As negotiations proceed between states on the rulebook for the “enhanced transparency framework” of the Paris Agreement, others are considering what is required to breathe life into the UNFCCC reporting, monitoring and verification system to create the “enhanced transparency framework,” to incentivize participation of non-state actors and civil society in climate action, to conduct the first comprehensive global stocktaking exercise and to ratchet up global ambition to adhere to the Paris Agreement goals.

Blockchain technology could offer some practical support to these massive undertakings.

So, what is blockchain? Here, a non-techy tries to explain: distributed or decentralized ledger technology that uses cryptographic algorithms to bring trust to transactions among peers in a network, building up through consensus verification the blockchain as an indelible and transparent record over time.2 Julie Maupin (2017, 2-3), a senior fellow with the Centre for International Governance Innovation (CIGI), explains that by replacing “single points of financial system failure with decentralized market structures,” blockchain can help extend financial services to unbanked populations, supply “policy makers with real-time data on financial flows and asset class risks” and track provenance, manage identify and digital scarcity, and facilitate “near real-time trade and settlement of both tangible and intangible assets over secure, distributed networks.”

In the face of growing hype about blockchain, some are warning that the technology may still have vulnerabilities — for example, if everyone in the network relies on the same code, one mission-critical defect could take down the whole system.3

While the verification process — achieved through protocols, cryptography and endogenous economic incentives, plus the effort of power-hungry supercomputer “miners” — is hardly energy-efficient, blockchain technology carries promise for trustworthy and transparent recording of values of critical importance to the fight against climate change.

If one considers the structure of the Paris Agreement, one readily sees that there are various ways in which enhanced ledger keeping could be supportive of implementation.

After setting out the overall goal of controlling global average temperature increases, article 4 of the agreement requires each state party to “prepare, communicate and maintain successive nationally determined contributions that it intends to achieve.” Article 6 of the pact envisions that state parties may cooperate voluntarily in using internationally transferred mitigation outcomes to contribute to national contributions. Article 9 provides that developed country parties shall take the lead in providing and mobilizing “financial resources to assist developing country Parties with respect to” climate mitigation and adaptation. Article 10 exhorts parties to “cooperative action on technology development and transfer.” Article 12 requires parties to “cooperate in taking measures…to enhance climate change education, training, public awareness, public participation and public access to information,” in order to put pressure on governments to enhance their climate action. Article 13 establishes “an enhanced transparency framework for action and support, with built-in flexibility that takes into account parties’ different capacities,” with a view to building “mutual trust and confidence and to promote effective implementation,” and requires that developing countries receive support in “building of transparency-related capacity.” Article 14 provides for a “global stocktake” in which the Conference of the Parties shall periodically take stock and “assess the collective progress towards achieving the purpose of” the Paris Agreement and “its long-term goals,” to be conducted “in a comprehensive and facilitative manner, considering mitigation, adaptation and the means of implementation and support, and in the light of equity and the best available science.” Article 15 establishes a compliance mechanism “to facilitate implementation of and promote compliance with” the Paris Agreement.

This summary overview of the Paris Agreement demonstrates that it is not particularly prescriptive but rather relies heavily on nationally determined climate action commitments, self-reporting by state parties, peer and expert review of progress and facilitating of bottom-up climate action by non-state actors and civil society. The Paris Agreement requires large amounts of climate-related data to be collected, stored, analyzed and compared. There will need to be a common but flexible standard for reporting that allows both developed and developing countries to input their data. Developing a reliable, global ledger of such critical data would assist in the global stocktaking and help to encourage increased ambition by state parties.

Blockchain’s capability to track accurately, transparently and immutably might be useful for tracking payments made and received for climate mitigation and adaptation projects, and for tracking the provenance and value of carbon credits and offsets. Using blockchain to increase transparency and trustworthiness in carbon markets and climate technology mitigation or adaptation projects would reduce the risk of double counting, and might attract the participation of private finance, including microfinance — opening up a channel for clean technology innovators to get greater access to green finance, including crowdfunding.

Another way in which blockchain could contribute to climate action is by helping businesses and subnational entities — such as provinces, cities and universities — to track and reduce energy consumption. It can enable the creation of apps that allow individuals to track their own carbon footprint, facilitate micro-investments in developmental climate action and encourage competition with others to reduce emissions further.

Blockchain might also be useful to the ongoing work to address the loss and damage arising from climate change — which is captured in article 8 of the Paris Agreement that picks up on the Warsaw mechanism established in 2013 — as the technology could enable tracking of critical scientific data, weather events, insurance risks and the identity of persons adversely affected by climate loss and damage.

Some of the potential blockchain-related initiatives that were identified at the Bonn meetings include a “carbon cockpit” to view transactions involving tradable greenhouse gas emissions; “clean blockchain” to develop a blockchain fuelled only by clean energy; a chain to promote clean commuting; and “REDD chain” to improve monitoring, reporting and verification of the United Nations Programme on Reducing Emissions from Deforestation and Forest Degradation.

Despite the optimism about blockchain, the Paris Agreement depends primarily on the will of state parties to breathe life into it. The UNFCCC Secretariat, Lichtenstein and Switzerland seem reasonably sanguine about the technology, and are already planning a blockchain and climate “hackathon” in November in Bonn to coincide with the twenty-third session of the Conference of the Parties to the United Nations Framework Convention on Climate Change (COP 23). There are other states, however, that may view blockchain’s powers as a threat to state sovereignty.

Therefore, in the exploration of climate change-related use cases for blockchain it may be beneficial to put the emphasis on non-state actors and civil society, as well as on developing countries that are seeking enhanced technological capacity. Subnationals, non-state actors and civil society groups and citizens may be interested in using blockchain to prove their contribution to the global goal. There are public and private blockchains that may smooth the uptake of the technology. If climate blockchain is shown to be viable in a few test cases, other state parties will likely be keener to adopt it.

That is why the early-stage efforts are attracting the attention of a diverse range of policy makers and researchers, including CIGI’s International Law Research Program, which is holding a Blockchain Governance Innovation Gym June 23-24. The event will bring together experts in international climate change law and policy with experts in the technology for interdisciplinary capacity building to identify possible blockchain use cases to support the transparency, trust and accountability elements of the Paris Agreement.

That blockchain is inherently disruptive cannot be ignored, but this could be advantageous in disrupting existing patterns of behaviour that exacerbate climate change.4 As we look ahead to COP 23 in November, blockchain technology warrants serious consideration as a tool to support a global effort to combat climate change.

1 Some of the initial research partners — in what is hoped to be a global research network — are the International Association for the Advancement of Innovative Approaches to Global Challenges; CarbonBC; Gold Standard and the UNFCCC Secretariat.
2 Michael Crosby et al. (2016, 8) expand on this: “A blockchain is essentially a distributed database of records, or public ledger of all transactions or digital events that have been executed and shared among participating parties. Each transaction in the public ledger is verified by consensus of a majority of the participants in the system. Once entered, information can never be erased. The blockchain contains a certain and verifiable record of every single transaction ever made.”
3 See www.technologyreview.com/s/604219/blockchains-weak-spots-pose-a-hidden-danger-to-users/.
4 Technology industry leaders such as Marc Andreessen and Johann Palychata (quoted in Crosby et al. 2016) suggest that the blockchain-distributed consensus model is the most important invention since the Internet itself, akin to the steam engine in its power to transform the world.
Works Cited 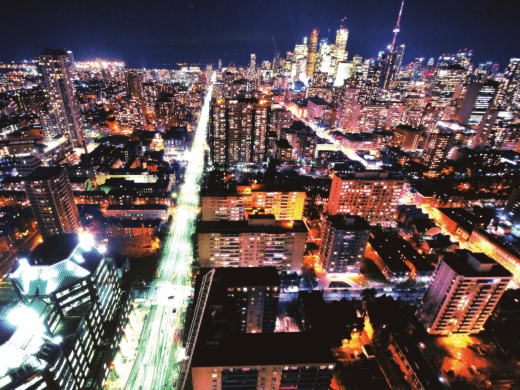 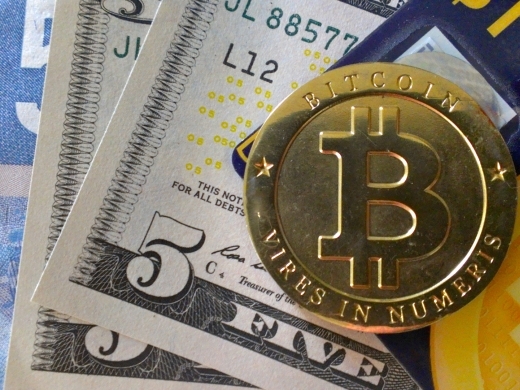 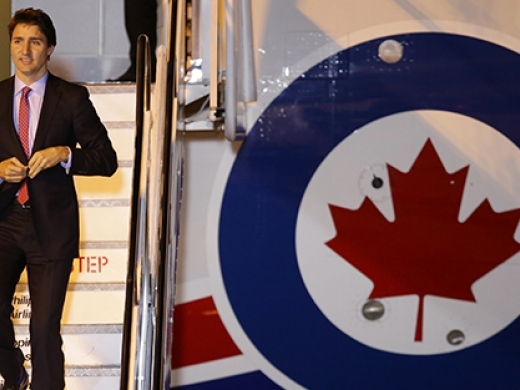 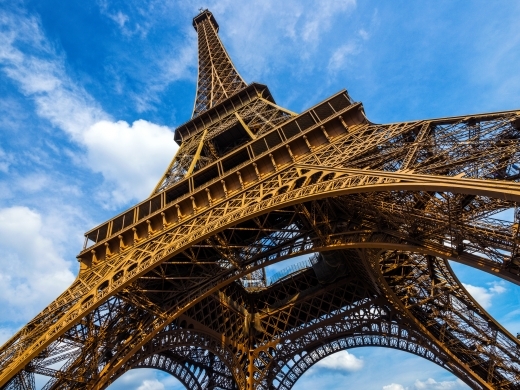