Trump and the Paris Accord: Should I Stay or Should I Go? 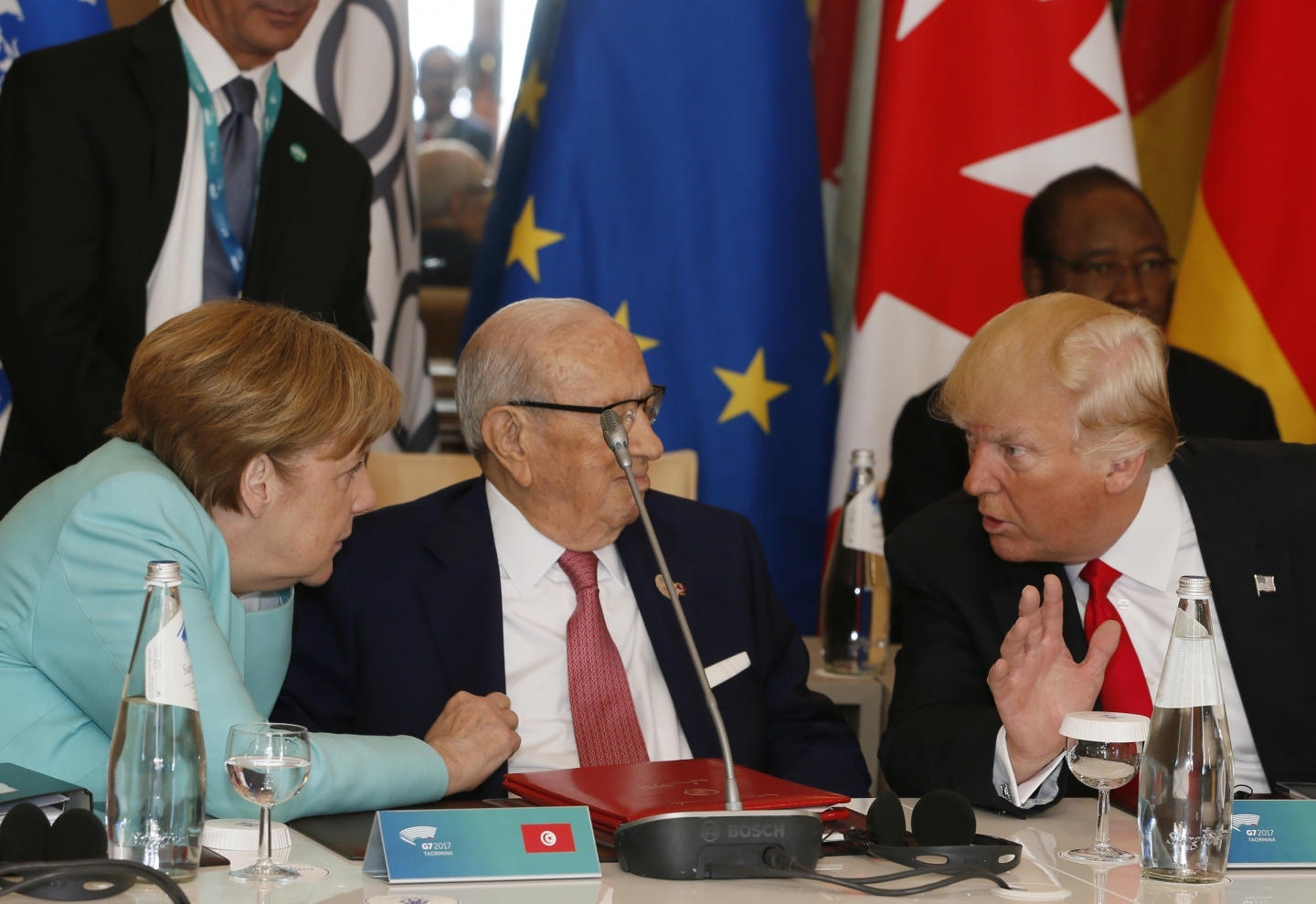 As a candidate, Donald Trump promised to “tear up” the Paris Agreement and characterized climate change as a “hoax.” As president, he has been slow to declare his intentions, but is under growing pressure to make a decision…one way or the other.

“I will make my final decision on the Paris accord next week!” the US president tweeted on Saturday from the Group of Seven summit in Italy, where the final communique, usually a consensus document, included a rare carve out saying Washington was “in the process of reviewing its policies on climate change and on the Paris Agreement and thus is not in a position to join the consensus on these topics.”

Angela Merkel, German chancellor, said it was “a situation of six against one, meaning there is still no sign of whether the US will remain in the Paris accord or not.”

Internally, Trump is being pushed to exit quickly by some in his administration, as well as by Republican senators.

Much of the debate about whether the US should stay or go revolves around the amount of flexibility that is built into the Paris Agreement and whether it allows parties the ability to revise their individual commitments, as Trump would need to do to accommodate the retreat from climate change policies such as the US Clean Power Plan, which restricts greenhouse gas emissions at coal-fired power plants.

The short answer to Trump’s dilemma is that he doesn’t have to tear up the Paris Agreement. But some may wish he would.

The Paris Agreement is different from many other multilateral environmental agreements in its form and the nature of its content. When adopted in Paris in 2015, it was regarded by many as having achieved the unachievable — bringing all parties to the United Nations Framework Convention on Climate Change (UNFCCC), including developing countries, to agree to go forward with ambitious actions to reduce greenhouse gas emissions.

At the time, though, critics focused on the nature of the climate plans that would be determined by each country at a national level and that would not necessarily reflect a common, global approach to policies, measures or targets. These nationally determined contributions, or NDCs, reflect political commitments, but achieving them is not legally required under the treaty.

This observation has caused some to opine that the Paris Agreement is not a legally binding agreement. But in fact the agreement does have provisions that are legally binding upon parties, both individually and collectively. Perhaps the most relevant is each party’s obligation to prepare, submit and maintain a plan for national contributions, under article 4.3. Parties are also required to take measures intended to achieve their plans and obliged to update their NDCs on a periodic basis. The underlying premise is that parties will, over time, increase the ambition in their plans. However, the language in the agreement about the direction of the update is not mandatory. There is an expectation of increasing ambition but not an obligation. And the provisions of the agreement allow a party to modify its NDC at any time, merely by submitting a new one.

So where does this place a country like the United States that wishes to revise its commitments downward? Views vary. The EU Commissioner on climate action and energy, Miguel Arias Cañete, expressed the view that the United States was free to chart its own path within the context of the agreement. The executive secretary of the UNFCCC, Patricia Espinosa, is reported to have stated that the climate process would be able to accommodate a US administration that wanted to reduce its ambition. Others disagree. The Moroccan foreign minister, for instance, stated that the international community understood the commitments of the Paris Agreement to be irreversible.

Simply stated, the political commitments under the NDCs are strong but ultimately not legally binding, leaving some flexibility for a recalcitrant party to revise its commitments downward, at least temporarily.

So the United States does not need to tear up the Paris Agreement, because it can legally modify its NDC downward. But it may find itself in breach of its obligation to pursue domestic measures as part of a good-faith effort to achieve its commitments, depending on the content of the revised NDC and domestic environmental policy.

Discouraging as it may be to have to contemplate a dilution of national commitments so soon after the landmark pact was struck, the Paris Agreement is not only flexible, but also designed to be durable. It allows parties to increase ambition over time and as such is likely to outlast one US administration. The US target is for 2025 and could be revised downward now and revised upward again by a new administration. The Paris Agreement has the flexibility to allow a party to do this at any time.

As the world awaits the decision of the White House, the question remains whether global climate action efforts will benefit from having the United States in the Paris Agreement at all right now. The US administration has already stated that they will not be providing further financing for climate action under the UNFCCC. The United States has been a major financial contributor, and its stated intention not to provide any further funding will no doubt slow down climate efforts under the UNFCCC. Of even more concern is the risk that the United States could take advantage of the consensus rule under the UNFCCC and the Paris Agreement, using the veto power available to all parties to block decisions and actions that would advance international progress on climate.

Equally important, US Secretary of State Rex Tillerson has argued that the United States needs to remain in the Paris Agreement to have a seat at the table. If that seat at the table is used to argue for the interests of the US energy sector, in particular the fossil fuel industry, and if the US administration does not support the goal of limiting temperature increase to less than two degrees Celsius, the continued participation of the United States may significantly hinder international action on the climate.