The private sector has rallied to the Ukrainian cause with observation satellites that can penetrate cloud cover.

On March 1, six days into the Russian invasion, a Ukrainian cabinet minister, Mykhailo Fedorov, sent out an extraordinary appeal via Twitter to the world’s commercial satellite companies. He urged companies to help Ukraine by providing it with high-resolution satellite imagery in real time so that the Ukrainian military could pinpoint Russian troop and vehicle movements. He especially cited the need for imagery from radar satellites (“synthetic-aperture” radar, or SAR, satellites), which can penetrate cloud cover. The tweet ended with an emotive message: “Ukraine and the whole world will highly appreciate your contribution to peace and freedom. Everything will be Ukraine!”

Federov’s appeal was addressed to eight of the world’s leading earth observation corporations. Some, such as Capella, a US company founded in 2016 and headquartered in San Francisco, have acknowledged their direct support to Ukraine. Others, such as Maxar Technologies and Planet Labs, have openly published their satellite imagery and provided them to media organizations. Images of that menacing column of Russian tanks and armoured vehicles bearing down on Kyiv from the north came from Maxar. Planet Labs has published space images of the incredible damage inflicted by the Russians on the port city of Mariupol.

MDA, a Canadian company with a storied history in just the kind of satellite imagery that the Ukrainians were seeking, also decided to answer the Ukrainian call. MDA was involved in the operation of Canada’s pioneering radar satellite RADARSAT-1, which was launched back in 1995. It now operates a successor, and more sophisticated, platform, RADARSAT-2, which has been in long-lived orbit since 2007. More recently it built a trio of Arctic radar satellites, the RADARSAT Constellation Mission (RCM), launched in 2019, which it operates on behalf of the Canadian government. Combined, MDA operates more orbiting satellites than the Canadian military, which controls a single and little-known spy satellite called Sapphire, launched in 2013 and designed for dual-use monitoring of space debris and other satellites in support of the US Space Surveillance Network. MDA played a leading role in its development.

On March 8, MDA CEO Mike Greenley announced MDA would provide imagery from its radar satellite to help develop “near real time intelligence reports” for the Ukrainian government. Greenley stated that the organization would “continue doing everything in our power to help the Government of Ukraine protect its citizens.”

With this move, a private company has managed something the Canadian government had no power to accomplish, given its lack of military intelligence resources. But to arrive at its decision, MDA had to engage in some complex backroom diplomacy. For one, given the sensitive nature of its imagery and the implications of providing it to assist Ukraine, the company had to get the permission of the Canadian government. For another, MDA wanted to magnify the results of its efforts by joining with other Earth observation companies with similar capacities to pool imagery and develop comprehensive intelligence reports. Finally, a secure and reliable way needed to be found to get the imagery-based reports rapidly into the right hands in Ukraine.

As the private sector rallies to the Ukrainian cause with its feed of assessed satellite imagery, concerns will naturally arise about the Russian response. On the day before the Russian invasion of Ukraine, the head of the National Reconnaissance Office, the US agency in charge of its spy satellites, warned that commercial companies operating imaging satellites could be the target for cyberattacks. He predicted that the Russians, “to the extent they feel it won’t extend the conflict out of their control, will extend it into space.” Already there are indications of a coordinated Russian campaign to disrupt the service of a key regional satellite internet provider, Viasat, by interfering with the communications of one of its satellites, KA-SAT.

The world’s first satellite spy war, featuring a starring role for private sector companies such as MDA, is yet another step into the unknown caused by Putin’s war.

What impact their help will have and how the Russians will respond, remain to be seen. However the war turns out, commercial satellite imagery has emerged as a new weapon of wartime intelligence. It is a safe bet that such imagery, even if it cannot turn the tides of war, will fill out the burgeoning dossier of Putin’s war crimes. 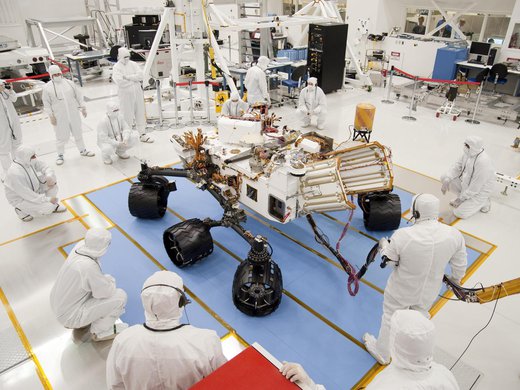 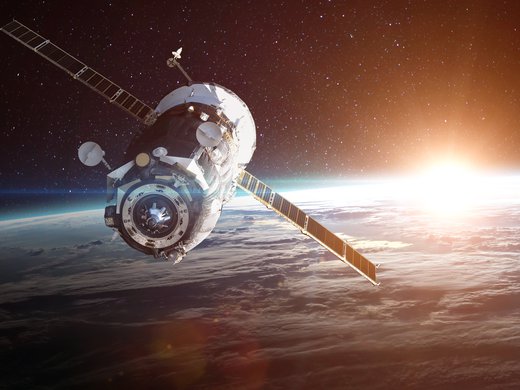