With Foresight, Canada Could Shape Intellectual Property Norms and Practices 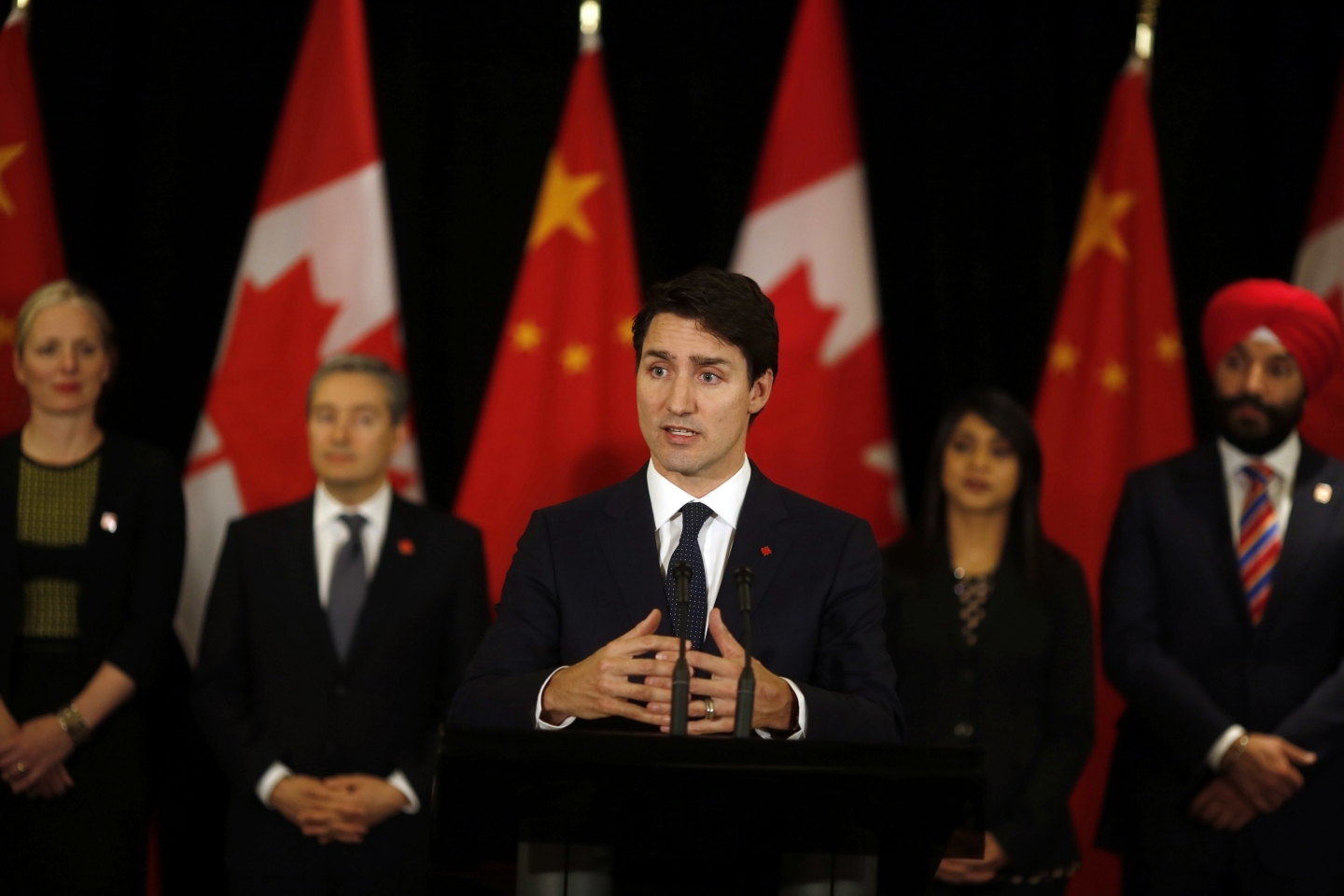 Canada’s place in the international legal landscape of intellectual property (IP) has shifted dramatically in the last 150 years. It could shift even more in the next 50.

As discussed in CIGI’s recent book, Reflections on Canada’s Past, Present and Future in International Law, the country will need strategic foresight as it heads into the next half-century of global engagement with innovation, IP and trade policy. This is best achieved by connecting the new thinking that frames Canadian-focused strategies for IP, innovation and data governance with the rapidly changing contours of global knowledge governance. Canada must now integrate the just-announced national IP strategy with a plan to transform IP rules and practices internationally.

At least three topics require fresh thinking and strategic foresight. First, Canada must prepare for the mega-regional agreements that it is not negotiating as much as the ones it is. Second, Canada must leverage its expertise with multi-level governance to integrate sub-state actors into international policy making. And third, Canada must appreciate and exploit the power of private and soft law on the international stage.

The signs are clear that intellectual property norm making is moving away from the multilateralism of the World Intellectual Property Organization (WIPO) and the World Trade Organization that characterized the late twentieth century. Today, the mega-regional agreements that began for Canada with the North American Free Trade Agreement (NAFTA), and led, most recently to the Canada-European Union Comprehensive Economic and Trade Agreement (CETA) and the Comprehensive and Progressive Agreement for Trans-Pacific Partnership (CPTPP), suggest the emergence of a new era for international IP. Canada’s experience with mega-regional negotiations offers a potential advantage, but the window of opportunity is tight.

Strategically, Canada must be — to borrow a phrase from Wayne Gretzky —  “where the puck’s going, not where it’s been.” It is nice that Canada has ambitions to engage more with China, India, the Association of Southeast Asian Nations, the South American trade bloc (Mercosur) and the Pacific Alliance. But little strategic thinking has been done — or at least discussed publicly — about how these regions fit into Canada’s long-overdue international innovation strategy. And, at this time, Canada has barely begun to appreciate the strategic importance of engaging Africa and its significant new Continental Free Trade Area, despite clear signs of the continent’s emerging geopolitical and global economic power.

It is crucial, therefore, to start assessing Canada’s role in current alliances around IP in new mega-regional contexts, as others are already doing. We must address the mega-regionalism happening not just where Canada is involved now, but where Canada must be involved in coming decades.

Canada has a wealth of experience with multi-level governance that can be leveraged in developing an international not just domestic IP strategy. While the federal government has jurisdiction to negotiate international agreements, it does not always have sole jurisdiction to implement substantive provisions. Trade secrecy — likely to be the next frontier of international IP norm setting — is one of numerous examples where federal and provincial governments are constitutionally required to cooperate. Rather than seeing this as a handicap, however, Canada can exploit the expertise of its provinces to create more dynamic and robust strategies for engagement abroad.

Canada must also do much more to embrace the leadership of Indigenous communities on matters of knowledge governance at home and abroad, as the new national IP strategy contemplates. Indigenous leadership on Canada’s international positioning will be especially crucial around developments at WIPO on traditional knowledge and genetic resources, and international coordination of policies to implement agreements such as the Nagoya Protocol, which too few Canadians are thinking about as key IP policy matters.

The real and perceived legitimacy of international IP law depends on its reflection of balance, inclusiveness and transparency. Pursuit of these principles is made easier by integrating representatives of Indigenous, provincial and, where appropriate, municipal governments into Canada’s IP policy making.

The Power of Private and Soft Law

Canada’s attention has historically been focused on classic public international law instruments: treaties — including the Berne Convention, the Paris Convention, the WIPO Copyright Treaty and the WIPO Performances and Phonograms Treaty — and multilateral and bilateral trade agreements. All but a few Canadian IP scholars, stakeholders and policy makers have neglected other crucial areas of international IP, specifically, private and soft law.

Cross-border problems are already arising as national courts assert jurisdiction to enforce IP rights extraterritorially. The Supreme Court of Canada has hinted that the answer to overlapping (or inconsistent) IP liabilities “lies in the making of international or bilateral agreements, not in national courts straining to find some jurisdictional infirmity in either State.”

Given the court’s reluctance for self-restraint and the improbability of an international treaty, Canada must confront the fact that private international law is where the IP action is going to develop. Moreover, looking at global trends, private internet intermediaries (service providers, search engines, social media platforms and other technology/communications firms) will be among the biggest IP power brokers for years to come.

Finally, the international IP landscape is likely to be shaped as much by soft law as by treaties and trade agreements. WIPO’s role in major new norm-setting initiatives has been mostly supplanted in recent decades as IP has moved into the realm of trade law. However, due to its vast financial resources and its clout as a specialized United Nations agency, WIPO is unequivocally the most important organization shaping implementation of international IP norms on the ground. WIPO has tremendous influence because of its capacity-building, training, education and awareness-raising efforts throughout the developing world. The organization’s ongoing development agenda — an example of soft law powers in practice — is critical for developing and developed countries alike. As a century-and-a-half of experience shows, developing countries’ perspectives are often well aligned with Canadian interests.

International IP law has evolved dramatically during the past 150 years. On the cusp of the next phase for international IP law, Canada must look ahead with strategic foresight, focused on newly emerging challenges. 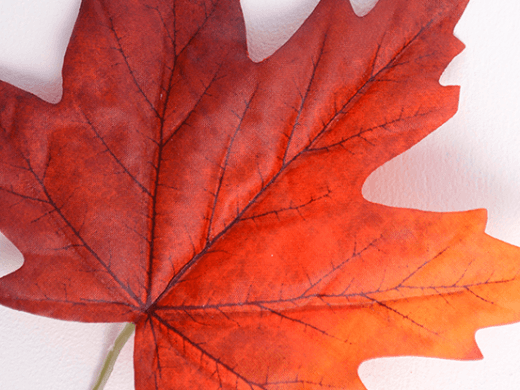 Democracy
Diplomacy
Reflections on Canada’s Past, Present and Future in International Law 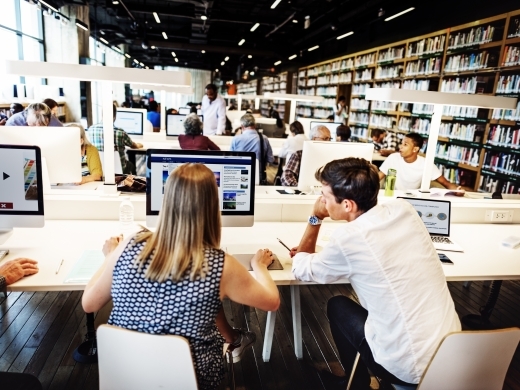