Does Canada need to promote an Atlantic Free Trade Agreement (AFTA)? Will it serve the purposes of the United States and Mexico? Will it be welcome in Europe? To all of these questions the author responds: Yes. An AFTA is both necessary and possible.

Canada and the European Union concluded a Comprehensive Economic and Trade Agreement (CETA) in 2017, which is now in force. As well, the European Union has long had a trade agreement with Mexico and is in the process of renegotiating it. The European Union and the United States, however, held inconclusive negotiations for a free trade agreement and then appeared to abandon them in 2018 amid the fog of disagreements with the Trump administration. On November 10, 2020, President of the European Council, Charles Michel, invited President-elect Biden to consider establishing closer ties with the European Union. The Biden administration may well be far more open to such an appeal than its predecessor. For the United Kingdom, an AFTA may be its only way after Brexit to secure a solid trade agreement with its EU neighbours. An AFTA should certainly include the European Economic Area (EEA) countries and Switzerland, as well as any interested Balkan countries able to assume the obligations of an AFTA.

CETA has already laid the groundwork. There are no legal impediments to the negotiation of a broader free trade agreement between Europe and North America. Depending on the type of agreement, the political and legal approval of the US Senate may be needed, as will the approval of the EU Council and Parliament. The obstacles to be overcome are thus economic and political. However, with a new US administration, much may be possible.

A few principal elements are essential for an AFTA to be beneficial. Certainly, zero tariffs on as many goods as possible and broad commitments on trade facilitation — if not a commitment to the free movement of goods — are necessary. AFTA should also ensure that markets are as open as politically possible to services from all participating countries, using the CETA method of specific exclusion rather than the current World Trade Organization approach. A common carbon tariff agreement would also be possible. Greater freedom of movement of traders and other categories of persons should also be envisaged. Above all, the AFTA members should strive to adopt and respect common production, safety and prudential regulatory standards for goods and services, which they should seek to promote as global standards. CETA has shown the way with respect to rules of origin. Similarly, an AFTA could reinforce the maintenance of intellectual property (IP) standards and set reasonable restraints upon the invocation of IP rights. CETA has already led with provisions on environmental and labour standards and a common approach to competition law principles. Common approaches to the regulation of privacy issues, information technology and artificial intelligence should also be central to any such agreement, as should common approaches to the taxation of multinationals, following standards proposed by the Organisation for Economic Co-operation and Development. Investment promotion should also be possible, although agreement on investment dispute settlement may not be in the cards. 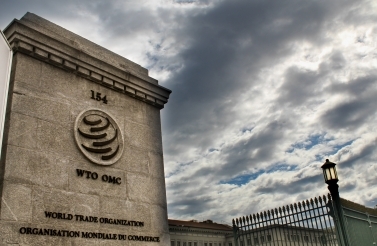 The Strategic Partnership Agreement, the security treaty that accompanied CETA and sets out common values to be defended by the parties, has proven to be most successful in Canadian eyes, as it has created a forum for closer cooperation and consultation, and a similar treaty should be equally valuable to all the parties in North America and Europe. Indeed, the promotion of a common commitment to human rights and economic liberty could well prove to be the most significant element of an AFTA, one that could point the way for the rest of the world. At a moment when such values are being challenged by a number of major authoritarian states, a new free trade agreement could show where liberal democracies stand. It must not be forgotten that the AFTA countries are still the home of most of the leading universities and research institutions of the world. These institutions are vectors of liberal values and must be given the support that they need, in order to ensure that they continue to promote free speech and independent scientific research.

Is an AFTA Worth the Effort?

Surely it is. Both Europe and North America need each other very badly in order to maintain their positions in the world today. China grows stronger from year to year. In economic terms, the Chinese middle class is 500 million strong and growing, constituting an extraordinarily dynamic market in which to launch new, sophisticated products. China is seeking to promote its own technical and regulatory standards, which often stand in competition with global existing rules. Only by creating a single market can AFTA countries offer a fully competitive equivalent. And through their reinforcement, these common regulatory and prudential standards can serve as the global standard for many decades to come. Europe and North America remain each other’s principal trading partners for a host of goods and services. Nations on both sides of the Atlantic uphold common values of democracy and good governance. No two groups are better able to understand each other and reach common agreement on difficult issues of regulation and governance. Close cooperation among AFTA countries is far more likely than among any other groups in the world.

Today, following a consequential US election and amid the COVID-19 pandemic, liberal democratic values and human rights are under pressure in many parts of the world. In many ways, Europe and North America stand as beacons of democracy and good governance. But their economic strength is challenged by Asia and particularly by China, whose governing Communist Party appears to have chosen a path of authoritarianism. Europe and North America must respond to this challenge; an AFTA would provide the framework for the defence of not only their economic but also their political values. 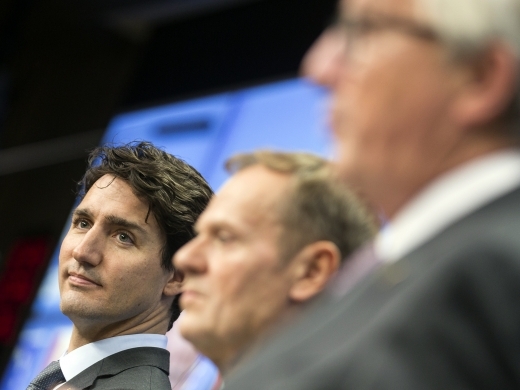