With the UN climate change conference under way in Spain, participant Kluane Adamek discusses the Yukon’s priorities and concerns 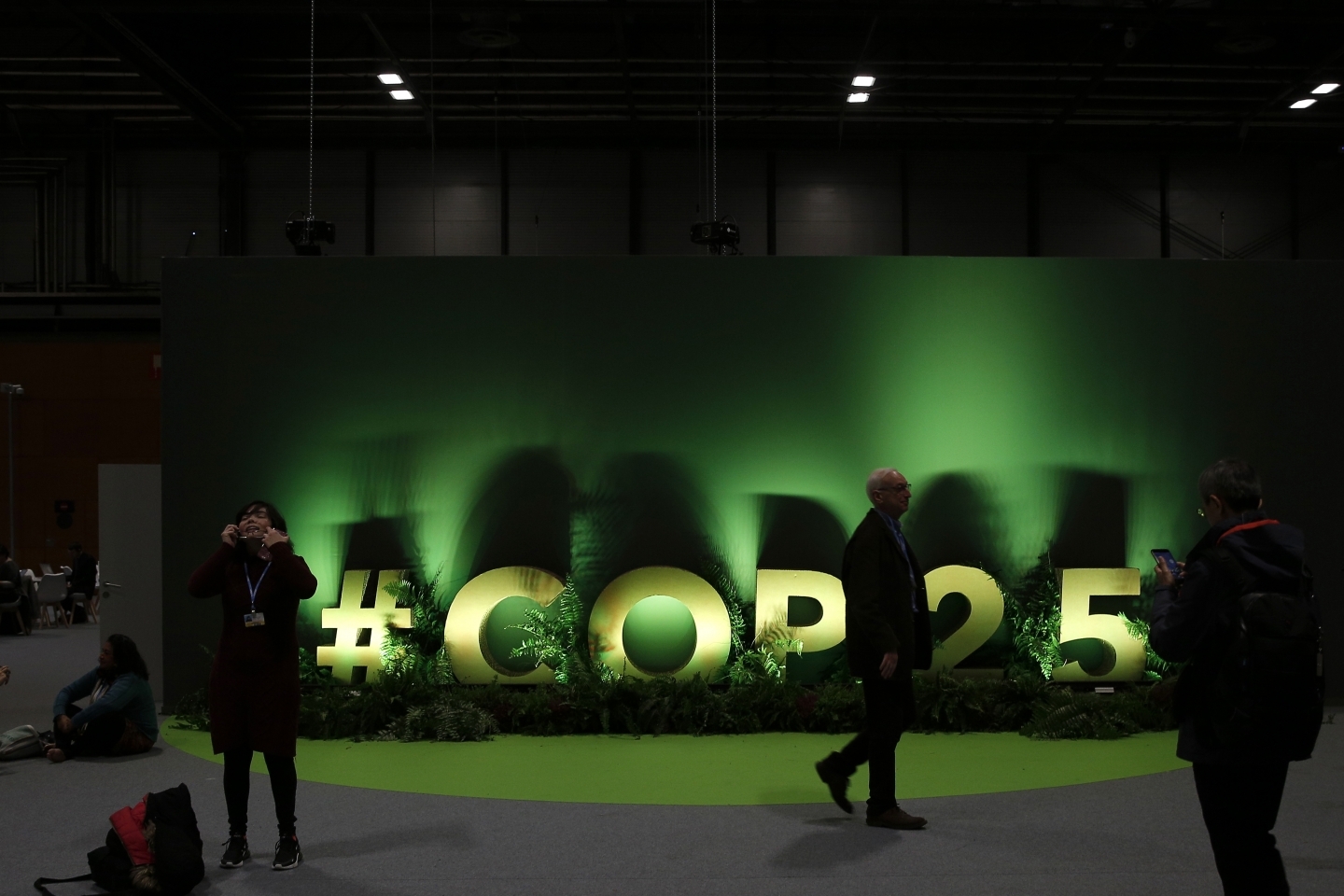 The United Nations’ annual climate change conference kicked off Monday in Madrid, with 25,000 delegates from around the world expected to take part in meetings in the Spanish capital over the next two weeks.

COP25 was original scheduled to be held in Chile, but was moved to Spain in November due to ongoing unrest over inequality in the Latin American country. In his opening remarks on Monday, UN Secretary-General Antonio Guterres thanked the two countries for working “together in the spirit of multilateralism to make this COP25 possible… Such solidarity and flexibility are what we need in the race to beat the climate emergency.”

While some, especially from Latin America, faced barriers to attend given the new location, representatives from many countries, regions and sectors are already on the ground. (Some events can be livestreamed here.)

The conference takes places after a year of increased mobilization around climate action, especially from the youth-led movement Fridays for Future, which has prompted record-breaking marches around the world in recent months. It also comes on the heels of a new UN Environmental Programme emissions gap report that warns that “unless global greenhouse gas emissions fall by 7.6 per cent each year between 2020 and 2030, the world will miss the opportunity to get on track towards the 1.5°C temperature goal of the Paris Agreement.”

Many Canadians are in attendance, including youth delegate Lea Ilardo, Crystal Martin-Lapenskie, president of the National Inuit Youth Council, who discussed “building on Indigenous values” earlier this week, Unifor representative Joie Warnock, who spoke about the “path to decarbonization” on Tuesday, academic Tzeporah Berman, who helped launch a new report on the impact of oil and gas expansion plans on Thursday, political scientist Matthew Hoffmann, who presents next week, and outgoing Green Party leader Elizabeth May.

Another Canadian, Bank of England Governor Mark Carney, was also recently announced as the new UN special envoy on climate action and climate finance, though the role will begin next year.

We reached out to one Canadian delegate, Yukon Regional Chief Kluane Adamek, who is taking part in the Local Communities and Indigenous Peoples Platform events at the conference. As she prepared to leave for Madrid, Adamek explained the North’s particular concerns around climate change, why she is thankful for the work of former Canadian Environmental Minister Catherine McKenna, and which Yukon initiatives may serve as examples for other parts of the country.

Can you tell us about your participation at COP25 in Spain?

As the regional chief for the Assembly of First Nations (AFN) Yukon Region, and national chair for the AFN environment and climate change portfolio and committee, I am deeply honoured to be representing the AFN and First Nations, and the North, at my second United Nations Conference of the Parties event — this year in Madrid, Spain — as head of the AFN delegation.

Our efforts at the conference will be to continue the important advocacy work to advance and elevate First Nations rights, priorities and perspectives on an issue that is affecting all facets of life for our peoples and communities — climate change. I will be attending with members of the AFN national environment sector as well as First Nations women, elders and youth from across Canada. I am grateful to be supported at the event by my regional climate change coordinator, Emily McDougall, who will be attending from the Yukon Region [as well].

What are your priorities when it comes to environmental concerns or policies at the moment, for your own community or from a leadership perspective?

When it comes to environmental priorities and policy concerns, we need to acknowledge and appreciate that things are very different in the northern and rural communities and especially in the North. Decisions that impact the North need to be made by northerners. The impacts of climate change affect northern regions two to three times faster than the rest of the globe. So, we experience firsthand the accelerated and disproportionate impacts of climate change, particularly in our First Nations and remote communities. I’m talking about changes happening on the land that are directly impacting ways of life for our people. In light of these realities, I will continue to push for full implementation of our modern treaty agreements, including self-government and land claims agreements, and I will continue to elevate the environmental and cultural strides being made by our Yukon First Nations — not only in our region of the globe, but across Canada and beyond.

Can you tell us about your relationship with former Environment Minister Catherine McKenna and what your hopes are for working with the new minister, Jonathan Wilkinson?

I applaud and thank Minister McKenna for the tremendous leadership and tireless support she has shown to our First Nations people on issues that are vital to us. I applaud and thank her in particular for her commitment to ongoing partnership with AFN’s Advisory Committee on Climate Action and its Indigenous circle of experts, and her recognition of Indigenous knowledge, both formally, in legislation and policy development, and informally, by her constant reminders to the public and her colleagues that Indigenous peoples and our knowledge have a place and a role.

I’d [also] like to acknowledge Minister McKenna’s partnership and contribution to the protection of the Peel Watershed, a monumental land-use planning case in North-Central Yukon involving Yukon First Nations and both the Yukon and federal governments.

I commend Prime Minister Justin Trudeau’s commitment to diversity, inclusion and gender parity in this cabinet. I congratulate Jonathan Wilkinson on his appointment as minister of environment and climate change and look forward to working with him to advance solutions to the challenges facing our First Nation communities. I will continue to work to see these solutions prioritized in the mandates for this new cabinet.

We experience firsthand the accelerated and disproportionate impacts of climate change.

I will also continue to advance Yukon First Nations rights and interests and am committed to building collaborative relationships with both returning and new cabinet ministers, to build upon the momentum [gathered] over the past four years. This includes advocating for change with respect to climate action at all levels, honouring the spirit and intent of modern treaties and advancing the Calls for Justice identified in the final report of the National Inquiry into Missing and Murdered Indigenous Women and Girls.

It is critical we work diligently and collaboratively with all ministers and, in particular, Indigenous Services Canada, Crown Indigenous Relations and Northern Affairs, to advocate for the unique priorities of Yukon First Nations.

As AFN national chair and co-chair for the critical focus areas of modern treaty implementation, climate change and health, I will be approaching ministers to set up initial meetings to discuss shared priorities and identify joint actions.

How are local governments and communities working together in the Yukon on climate action? Does the region serve as a model in any particular areas?

The Yukon continues to demonstrate exceptional leadership at all levels, from the community level to First Nations and municipal and territorial governments. Collectively, this leadership has contributed to an increased momentum and political traction for climate action and the implementation of solutions. Yukon First Nations have an important history of governance leadership stemming from the monumental 1973 document titled Together Today for our Children Tomorrow. On climate specifically — an issue that affects our health, economy, culture, virtually everything — we are driving forward on a “Yukon that Leads” vision that builds on the important history of leadership in this region and elevates the work being done today.

There are some particularly important things to highlight from the Yukon region in terms of the development of a climate action strategy across governments and communities. In May, Chief Tizya-Tramm of the Vuntut Gwiychin First Nation declared a climate state of emergency, which really communicated the urgency of addressing climate change impacts on our communities in the North. This set a precedent not only in the Yukon, but across Canada and beyond.

Simultaneously, two other important actions are taking place: First, the AFN national environment sector is working to develop an Indigenous lens for climate strategy. Second, the Yukon territorial government is in the midst of developing a climate strategy. Given the alignment of these activities, there’s an incredible opportunity here to instill the spirit of respect and collaboration on the parts of all Yukoners, First Nations and governments in the plans that will guide our paths forward to address our climate challenges.

Lastly, which voices would you like to see gain more attention, at COP or in climate change conversations more generally? Are there perspectives or examples you think are missing?

I strongly and continually advocate for the creation of space and platform for those voices that don’t generally take the main stage. I am incredibly passionate about giving our youth — our leaders of the future — every opportunity that we can to ensure that their voices are heard. We need to lift up and celebrate our young leaders, and the countless others — including our elders and women — that work diligently and tirelessly to strive for the equality of our people and the healing of our planet.

This interview was first published on OpenCanada.org.