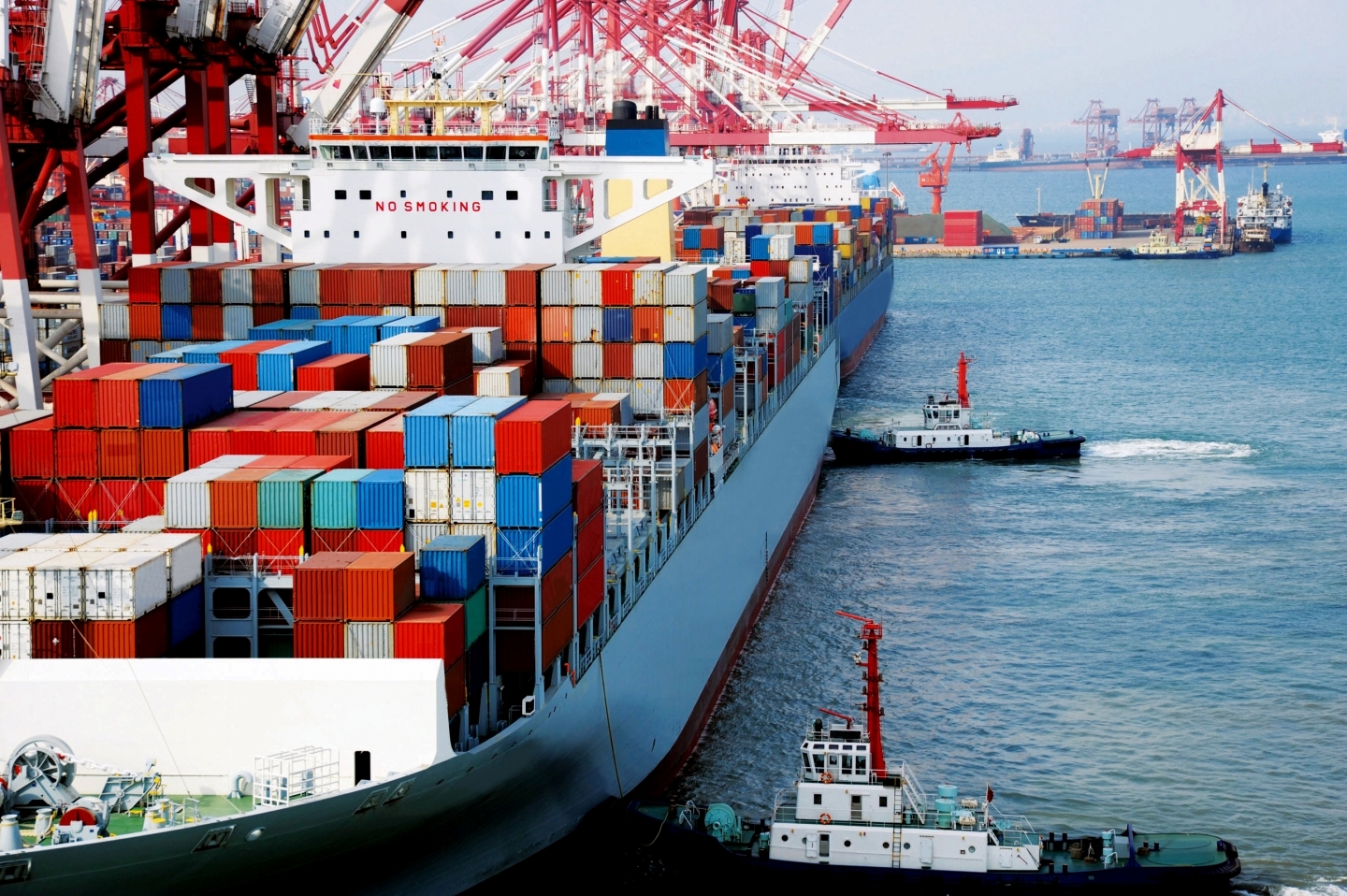 In April 2018, the International Maritime Organization (IMO) adopted an initial strategy on the reduction of greenhouse gas (GHG) emissions from ships. This achievement — which seeks to tackle the GHG emissions of the international shipping industry — represents the IMO’s contribution to the global response to climate change as set out in the Paris Agreement, namely the commitment to keep the global average temperature increase to “well below” 2°C above pre-industrial levels and to strive to limit it to 1.5 degrees or less. Emissions from international shipping currently represent just over two percent of global emissions but would increase significantly if the industry continued to operate on a business-as-usual scenario.

The IMO deliberations took place at the seventy-second session of the IMO’s Marine Environment Protection Committee (MEPC 72) after protracted and at times divisive negotiations. The IMO was under intense pressure to show leadership on this critical issue, not only because of its urgency but also because of the potential for unilateral efforts by the European Union and the need to bridge wide differences between major maritime states, while also demonstrating sensitivity and responsiveness to the plight of developing countries, most notably small island developing states. The initial reactions from the IMO itself, and from member states, industry bodies, environmental non-governmental organizations, external stakeholders and observers, have been generally positive ­­— some hailing it as a landmark achievement, others expressing more cautious optimism. To what extent and in what respects is the positive response justified?

The international shipping industry is now arguably ahead of its sister global industry, civil aviation. Shipping has recently been negatively compared to civil aviation, although the latter has not yet adopted a long-term strategy for decarbonization. However, the implementation challenges that lie ahead for the IMO must not be underestimated.

The initial strategy is a political, not a legal, document. Only an initial strategy was agreed on at the MEPC. It covers 2018–2023, and following that period the strategy will be finalized, clearly suggesting unfinished business. The strategy was adopted by 100 member states at MEPC 72, which is evidence of substantial support, but it should be borne in mind that the IMO has more than 170 member states representing 97.3 percent of the global shipping tonnage. While states that have not participated actively still need to be brought on board, many vocal members representing large markets or industry sectors, including — Brazil, India, Panama, Saudi Arabia and the United States — have been reluctant as well. Their buy-in will be important to the strategy’s success.

While the strategy reflects the IMO’s commitment to mitigation as a matter of urgency, it adopts a sober and gradual approach to the decarbonization of the industry. It is guided by the principles of non-discrimination and no more favourable treatment in the IMO conventions to guide technical measures and common but differentiated responsibilities and respective capabilities in the light of different national circumstances in the climate regime with respect to economic measures. The inclusion of both principles in this manner resolved a long-standing controversy in the MEPC.

The strategy’s vision is phrased as a generic commitment to reducing GHG emissions from international shipping and “as a matter of urgency, aims to phase them out as soon as possible in this century.” There was disagreement on the pace of decarbonization. Several member states and shipping industry players objected to a specific target, citing concerns over the uncertain pace of technological development and availability of low-carbon fuels or zero-emission energy. But clearly, the long-term goal is decarbonization.

The Paris Agreement anticipates levels of ambitions from parties that would be ratcheted up periodically. The IMO strategy proposes an overall goal, supported by levels of ambition tied to technological innovation and the global availability of alternative fuels and green energy generation. Periodic reviews would factor in reports of the Intergovernmental Panel on Climate Change (IPCC), revised industry emission estimates and emission reduction options. The opening levels of ambition are threefold and use 2008 as the baseline year.

The first level of ambition concerns the ship’s carbon intensity. This would decline in consequence of successive phases of the energy efficiency design index (EEDI) applicable to new ships as set out in annex VI of the International Convention for the Prevention of Pollution from Ships. Applying to individual ship types, the EEDI anticipates periodical scaling up of efficiency standards. Essentially, this level of ambition restates what has already been in place since 2011, with effect from 2013.

Second, the industry’s average carbon intensity across transportation work is to decline by a minimum of 40 percent by 2030, while pursuing efforts toward a reduction of 70 percent by 2050. Although the bulk of international shipping is involved in the carriage of goods and passengers, it is not clear to what extent ships engaged in non-transport work, for example, vessels providing services to ships, such as towboats, will be included.

Third, and critically, GHG emissions from international shipping are to peak and then decline as quickly as possible, to reduce the total annual GHG emissions by at least 50 percent by 2050 while pursuing long-term efforts to eliminate them entirely, consistent with the Paris Agreement goal. Prior to MEPC 72, the European Union and several Pacific island states lobbied for a 70 to 100 percent reduction by 2050. In particular, the Republic of the Marshall Islands was quite vocal on the need for an ambitious commitment.

A study produced by the Organisation for Economic Co-operation and Development (OECD) in early 2018 indicated that shipping could essentially decarbonize by 2035. The IMO’s aim of a 50 percent reduction by 2050 is a much less ambitious target but is nonetheless the most far-reaching goal in the strategy, even if only aspirational. The hope is that periodical reviews could increase the level of ambition, although it is not clear whether the focus of reviews will be on the level of ambition or merely on efforts to meet the current goals. Much of the strategy is imbued with “best endeavours” rather than firm commitments, leaving the further adoption or enhancement of regulatory goals to the review process and upgrades to the EEDI.

The strategy further provides a framework for short-, medium- and long-term measures, with possible timelines and a process to ascertain impacts of specific measures on states. For the short-term (2018–2023), the operationalization of a mandatory fuel consumption data system will play a critical role in determining emission levels more precisely and provide an empirical basis for reviewing the EEDI. There will be other short-term measures, such as speed management, which potentially promise significant emission reductions. However, speed measures would need to be assessed for their impact on safe navigation and particular economic sectors of developing countries, such as agriculture exports. Other important short-term actions will include undertaking research and development, and creating incentives for first movers to develop and adopt new technologies.

More of these measures are expected to be carried into the medium term (2023–2030). During that period, the IMO will continue and enhance a program to assist with effective uptake of alternative low-carbon and zero-carbon fuels and consider whether a market-based measure, such as a carbon levy or a cap-and-trade system, is needed and realistic. The long-term measures (2030 and beyond) — likely a continuation and further scaling up of prior measures, depending on technological developments — will set the path to the 50 percent reduction by 2050 and the eventual decarbonization of the sector. For an industry that operates on long-term investment cycles, this approach is vital. As observed by a spokesperson for Maersk Line, the world’s largest container shipping company, “we welcome the new ambitious results, which provide a much-needed policy signal that will help accelerate investments into low carbon solutions in shipping.”

The IMO strategy anticipates the need to overcome barriers and introduce supportive measures, in particular on capacity building, technical cooperation and research and development. The IMO already has an active technical assistance program designed to enhance uptake of energy efficiency through the Global Maritime Energy Efficiency Partnerships project, which is supported by the Global Environment Facility and the United Nations Development Programme. It also cooperates with the European Union to administer the Maritime Technology Cooperation Centres in Africa, Asia, the Caribbean, Latin America and the Pacific, also dedicated to maritime energy efficiency and low-carbon transport. Although these are clearly important initiatives, much more will be needed to address the needs of the large number of developing states whose economies depend on the marine transportation of exports.

The IMO and the international shipping industry may be breathing a temporary sigh of relief but will have to maintain the momentum during the next stage of the strategy, which is to make it by 2023 the final and comprehensive IMO strategy on reduction of GHG emissions from ships. The IMO will have to maintain a credible process and the goodwill that will enable the strategy to deliver on the compromise and keep pace with the Paris Agreement. This will not be an easy process, in part because the current support for the strategy reflects the state of understanding of climate change and the response needed based on the IPCC’s 2015 assessment report. A special IPCC report on the target of 1.5 degrees that is expected later this year could well portray a grimmer picture and highlight the inadequacy of states’ efforts under the Paris Agreement, let alone any shortcomings of the IMO strategy. If that scenario materializes, the first five years of the strategy will be filled with even more difficult choices. The Intersessional Working Group on Reduction of GHG Emissions from Ships that prepared the draft strategy for MEPC 72 has already scheduled its fourth intersessional meeting for October 2018, where it will develop, among other plans, a list of strategy follow-up actions and further advise MEPC 73. 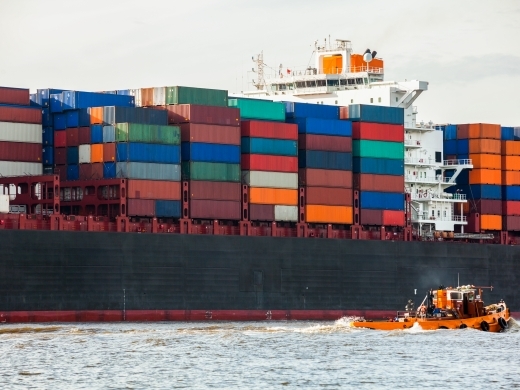