As the US Army sides with the Sioux in pipeline standoff, the decision has implications for Canada and beyond 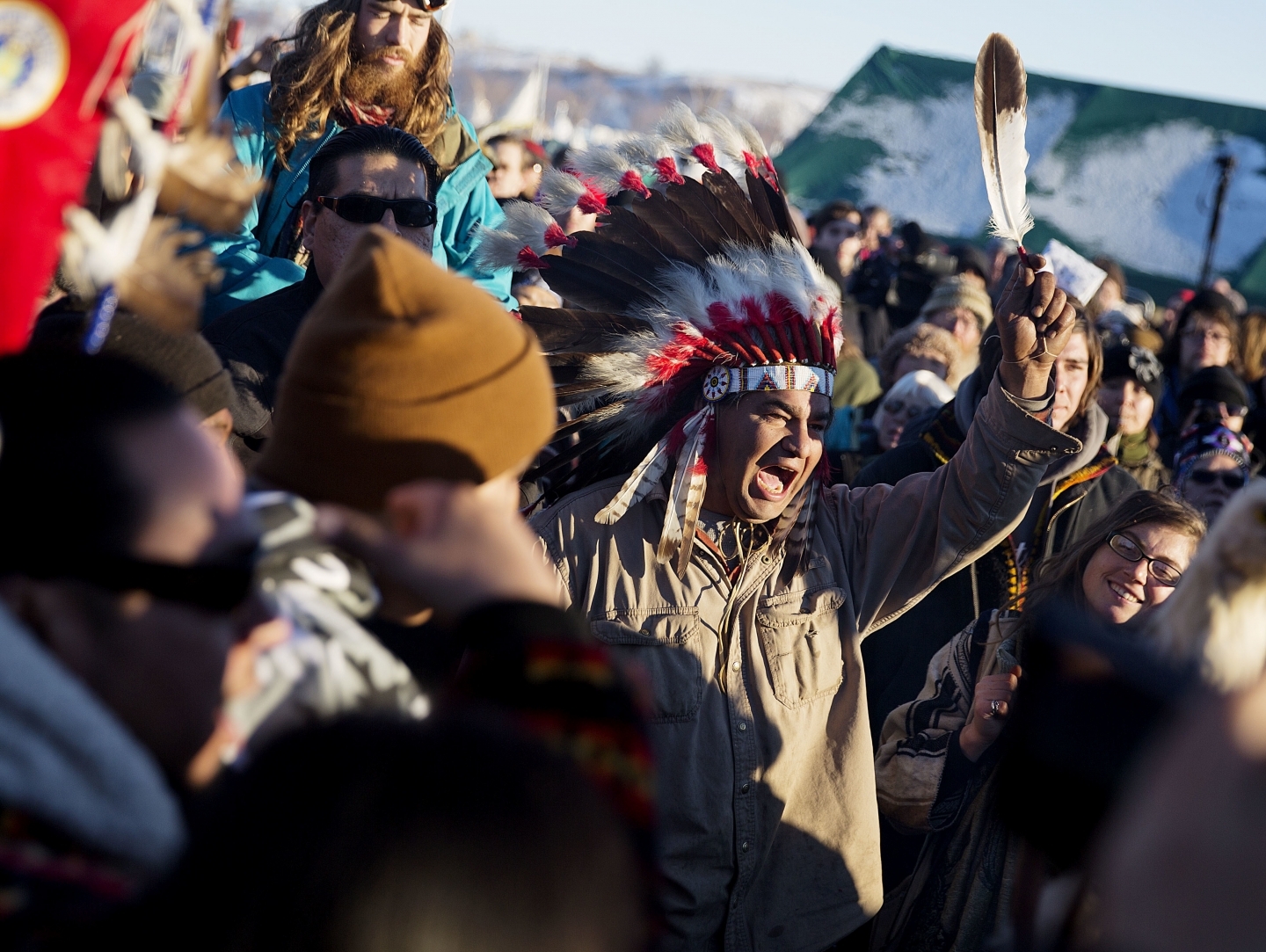 The Sioux Nation water protectors at Standing Rock North Dakota were given reason to celebrate when the US Army Corps of Engineers (USACE) released a statement that there would be no approval of an easement for the proposed Dakota Access Pipeline to cross under Lake Oahe in North Dakota. The denial of the easement will allow for consideration of alternate routes as part of an environmental impact statement, which requires further analysis as well as public input.

This is a historic victory for the water protectors at Standing Rock who have been fighting for their rights as well as taking on the responsibility to protect the sacred gift of water, and comes just days after the Canadian government, in contrast, approved the controversial twinning of the Kinder Morgan Trans Mountain pipeline through the Rocky Mountains.

Even though it’s uncertain whether president-elect Donald Trump will overturn the need to consider alternative routes for the pipeline, these protests have triggered an important self-examination by the US government of its obligations to consult Indigenous peoples on infrastructure developments.

Reports have claimed that up to 10,000 protesters — mostly Indigenous peoples from as far away as Hawaii, Yukon, the Amazon, and Norway — have made their way since mid-summer to the Dakotas in support of the Standing Rock Sioux's stand to protect water and land that they consider to be sacred.

The tense protest has drawn much attention, with appearances from Hollywood stars such as Mark Ruffalo, Shailene Woodley and support from musicians including Neil Young and Jason Mraz, so when word spread that construction had been halted, celebrations poured in on Twitter and Facebook in support of the thousands of water protectors at Standing Rock.

The announcement by the Army Corps came after hundreds of US military veterans converged on the site, following a series of escalating altercations involving law enforcement.

For those who are interested in the evolution of Indigenous rights, the focus should continue to be on the encouraging actions of the US federal government to address the gaps in consultation that were at the heart of the Standing Rock dispute.

Before blocking the pipeline on Sunday, the US government held listening sessions with water protectors to consider how to reform the way they consult Indigenous peoples on infrastructure projects. Tribes have also been invited to government-to-government consultations on questions about how to ensure input from tribes into infrastructure reviews and decisions, which may also include regulatory or statutory changes to increase timely and meaningful consultation.

US Interior Secretary Sally Jewell praised the USACE’s decision. "The Army’s announcement underscores that tribal rights reserved in treaties and federal law, as well as nation-to-nation consultation with tribal leaders, are essential components of the analysis to be undertaken in the environmental impact statement going forward,” Jewell told the Washington Post.

The concept that governments have an obligation to consult Indigenous Peoples takes different forms in national and international scholarship and law. It is expressed in the United Nations Declaration on the Rights of Indigenous Peoples (UNDRIP), which the Obama administration considers not to be legally binding but to carry “both moral and political force”.

In Canada, there is already a constitutionally-required duty to consult and accommodate, but Indigenous leaders hope that the Canadian government’s recent embrace of UNDRIP will provide greater protections.

The protests at Standing Rock have added new urgency to UNDRIP implementation in the United States and in Canada. If the declaration had been in place earlier, it might have prevented the protests such as Standing Rock from starting in the first place.

UNDRIP requires meaningful consultation with, and consent by, Indigenous peoples. Article 32 of UNDRIP says that states must consult and cooperate in good faith with the Indigenous peoples concerned through their own representative institutions in order to obtain their free and informed consent prior to the approval of any project affecting their lands or territories and other resources, particularly in connection with the development, utilization or exploitation of mineral, water or other resources.

Although free, prior informed consent has been described by its detractors as a veto, it has also been described by Chief Wilton Littlechild, commissioner of Canada's landmark Truth and Reconciliation Commission, as about having the right to say yes.

While the success at Standing Rock is a significant achievement that may embolden those in British Columbia to take a stand over the approval of the Kinder Morgan pipeline, it is also a reminder that UNDRIP has a vital role to play in implementing and protecting Indigenous rights globally.