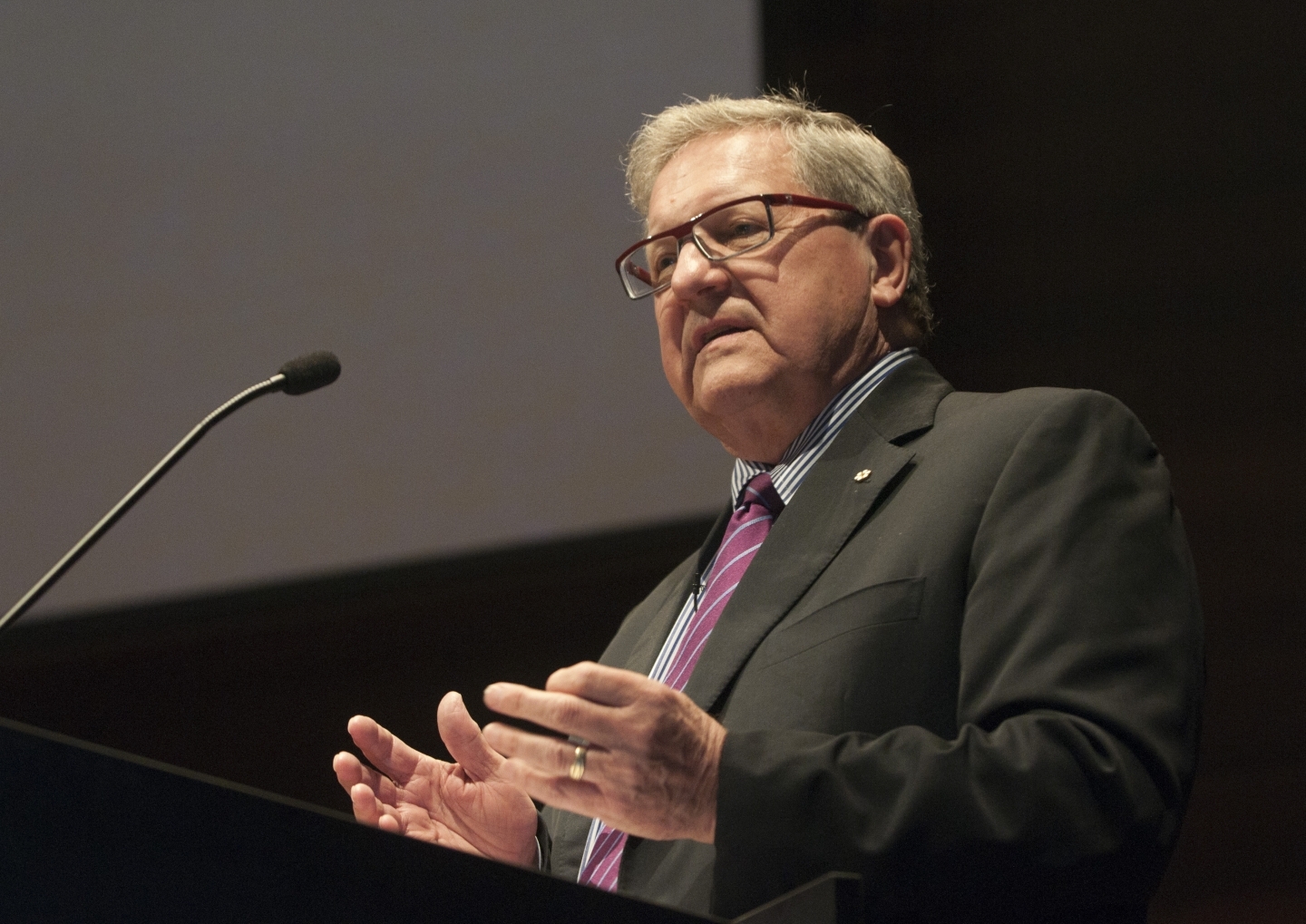 Lloyd Axworthy delivering a keynote at a CIGI Lecture in 2012

**Please note this event is now cancelled. We apologize for the inconvenience.**

Join us for an evening of conversation with former Canadian foreign affairs minister and World Refugee Council chair Lloyd Axworthy.

One of Canada’s leading voices on global migration and refugee protection, Mr. Axworthy has worked extensively on human security, refugee protection and human rights in Canada and abroad, both during and after his 27-year political career.

In what’s sure to be an insightful and engaging Q&A, which will be moderated by Doug Saunders of the Globe and Mail, Mr. Axworthy will discuss the new World Refugee Council report and its call for a major overhaul of the global refugee system, including:

Lloyd Axworthy is chair of the World Refugee Council, a group of leaders, practitioners and innovators from around the world, convened by the Centre for International Governance Innovation and supported by the Government of Canada.

Doug Saunders is the Globe and Mail’s international-affairs columnist and an award-winning author whose work focuses on cities, migration, population and policy.