Fifty-two percent of global users responded that they are more concerned about their online privacy compared to one year ago.

For 81 percent of respondents, cybercriminals were the primary source of concern regarding their online privacy. Overall, 63 percent also reported that their own government has contributed to their concerns regarding online privacy.

Users also expressed a high level of distrust of social media platforms, search engines and internet technology companies, with 63 percent of respondents feeling that social media has too much power.

As a result, many around the globe are changing their behaviour online, a trend with economic and societal implications.

Ten percent have closed social media accounts and seven percent are using the internet less often overall, compared to one year ago.

The global survey was developed to help support the work of the Global Commission on Internet Governance, an initiative by CIGI and Chatham House, the Royal Institute of International Affairs, in London, to articulate and advance a strategic vision for the future of internet governance.

Please use the following citation for references to the survey and its data:
CIGI-Ipsos. 2018. “2018 CIGI-Ipsos Global Survey on Internet Security and Trust.” www.cigionline.org/internet-survey-2018. 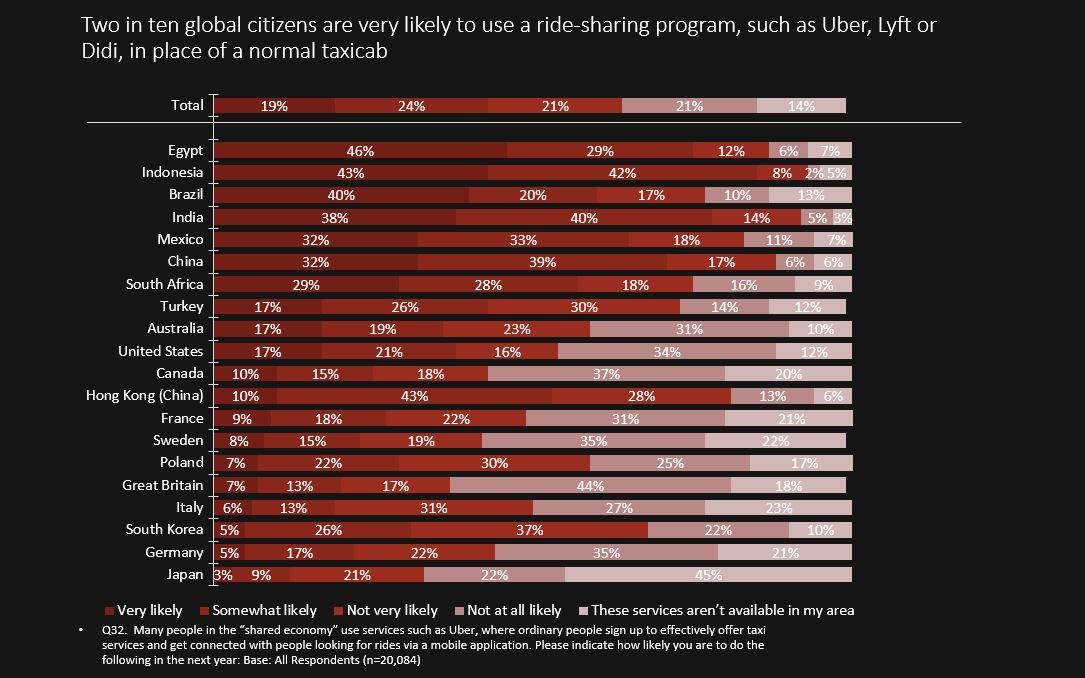 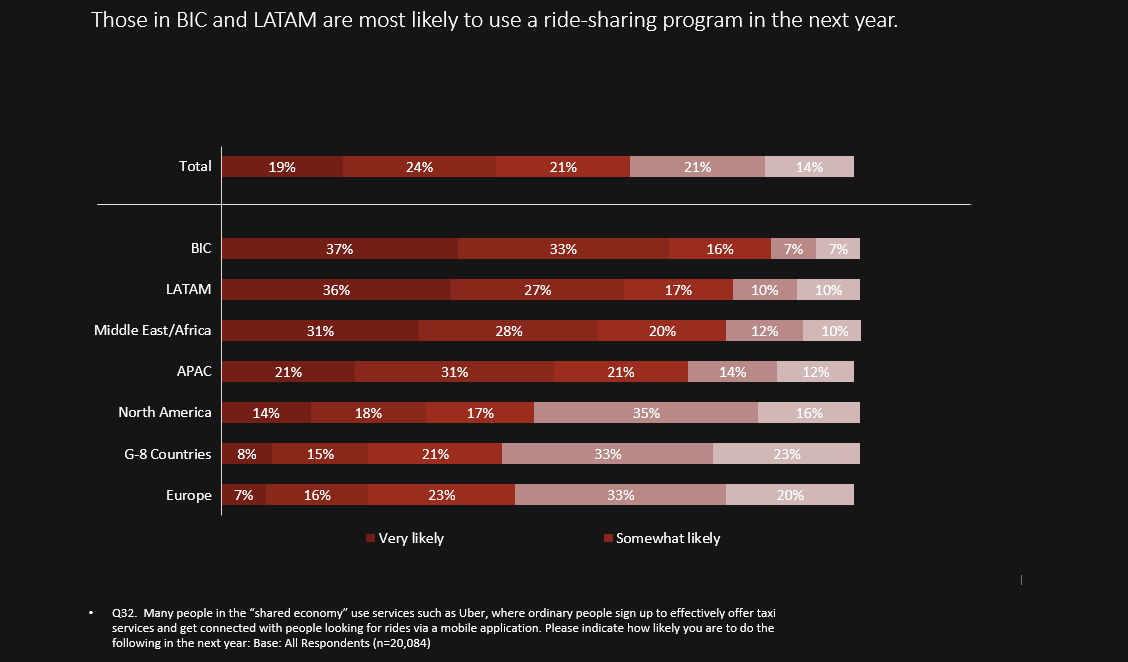 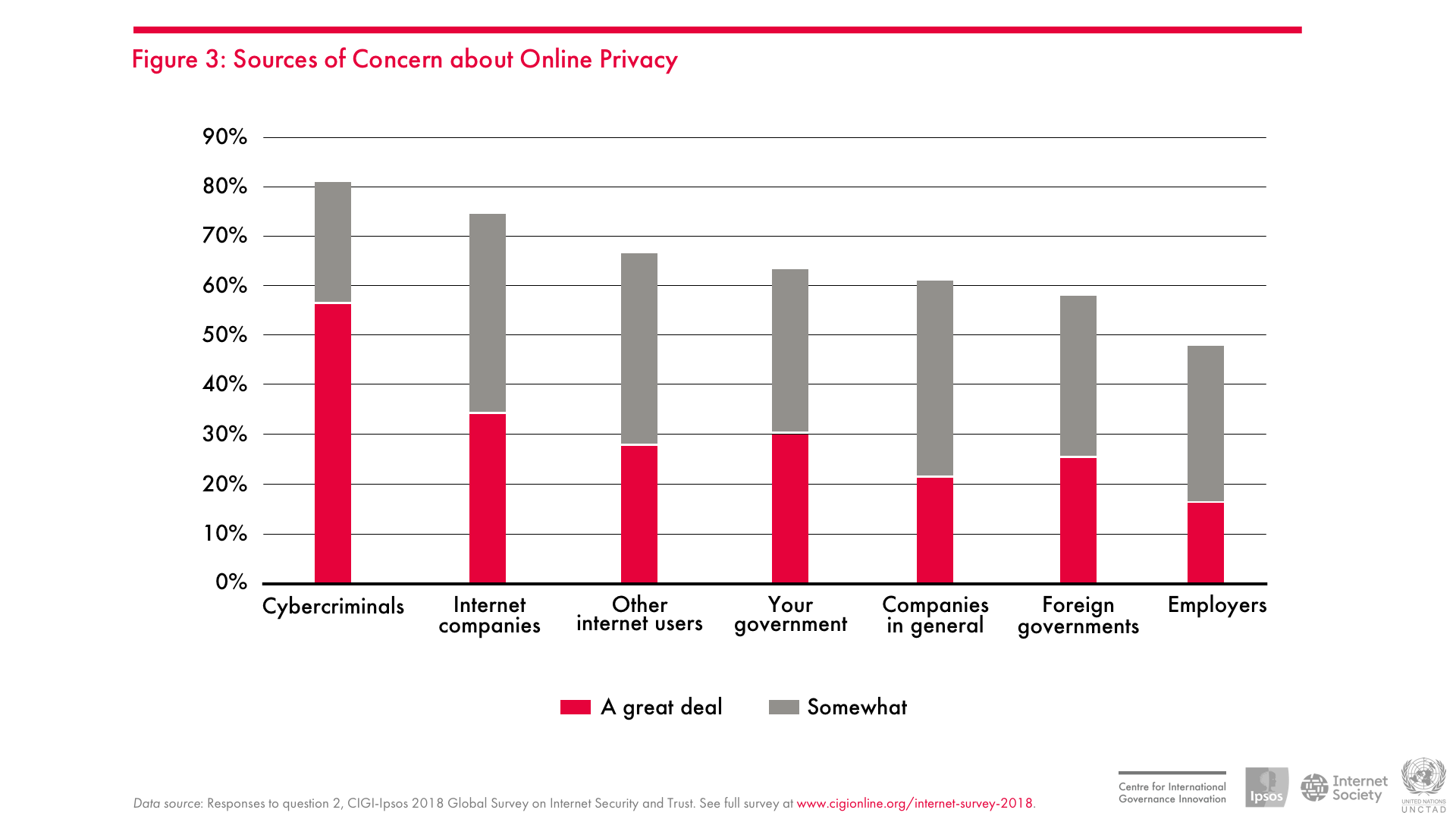 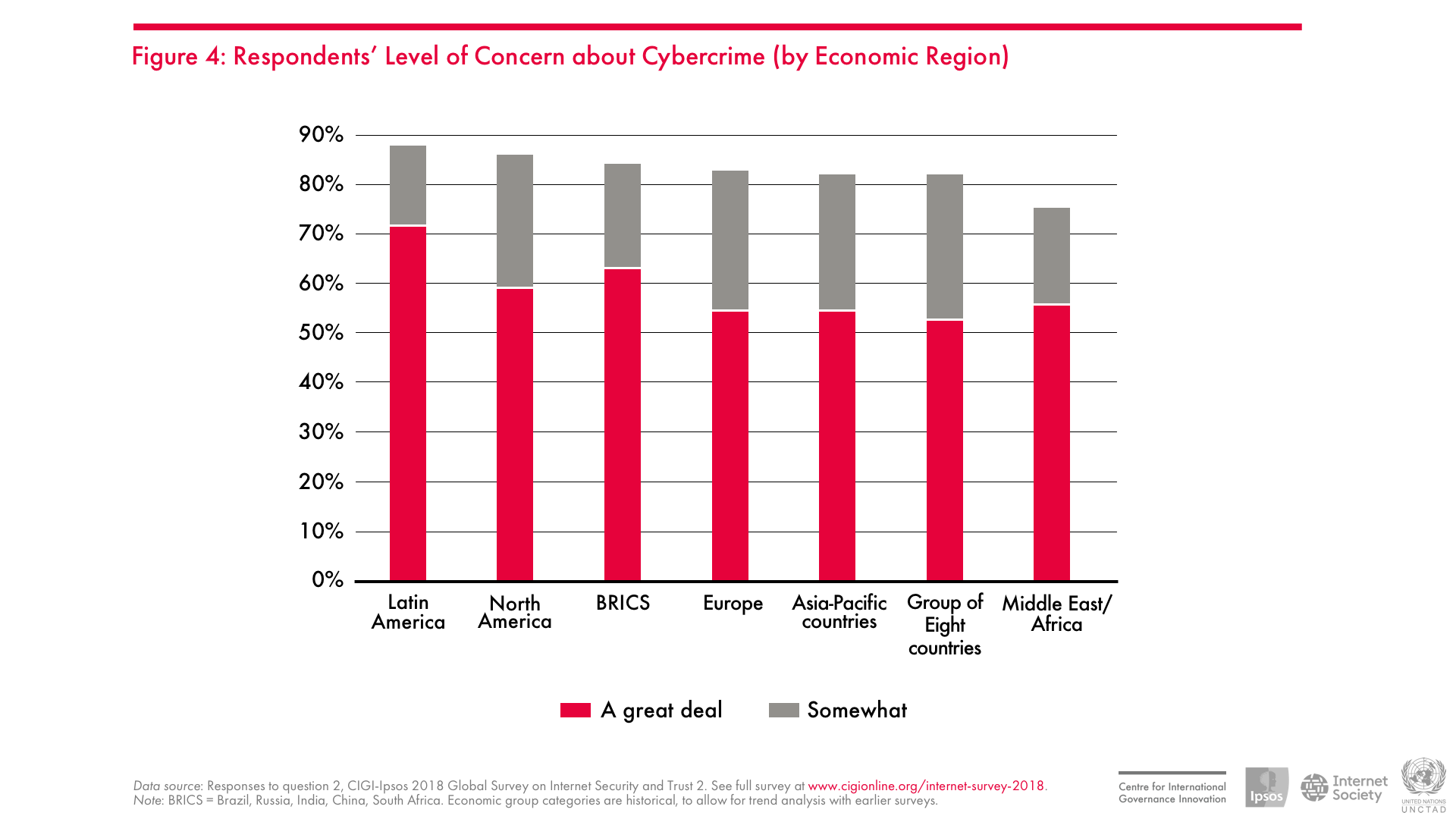 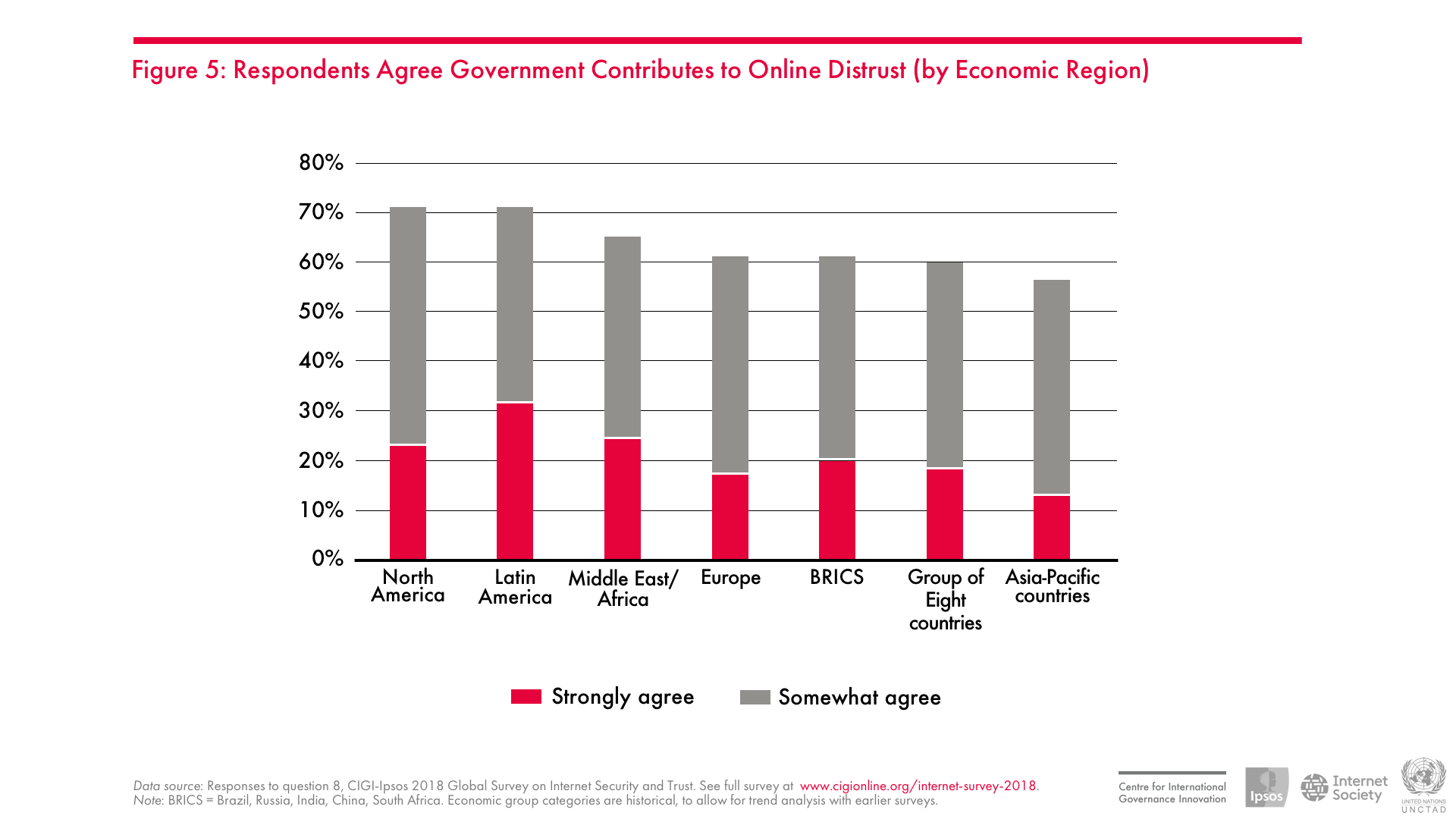 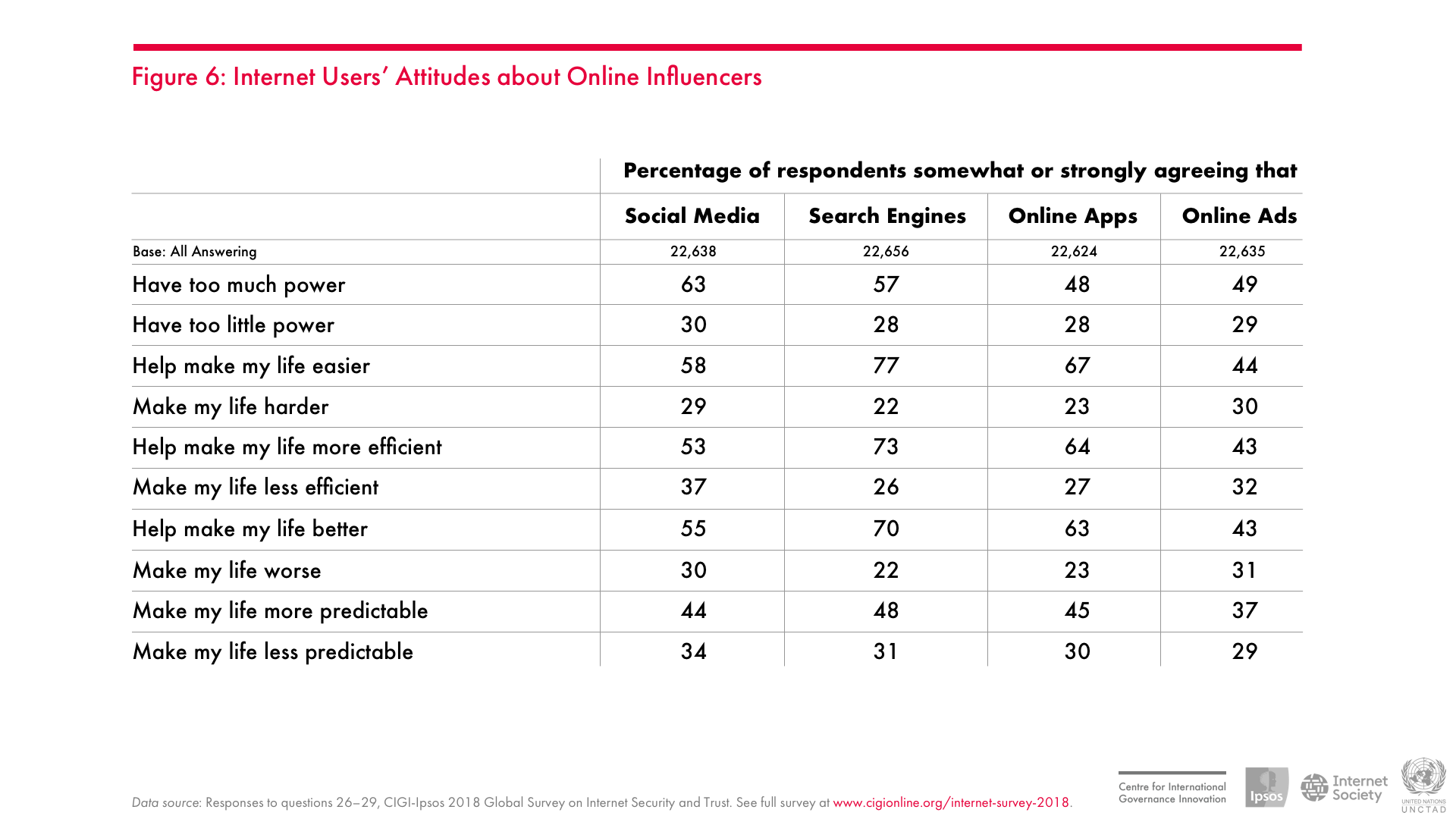 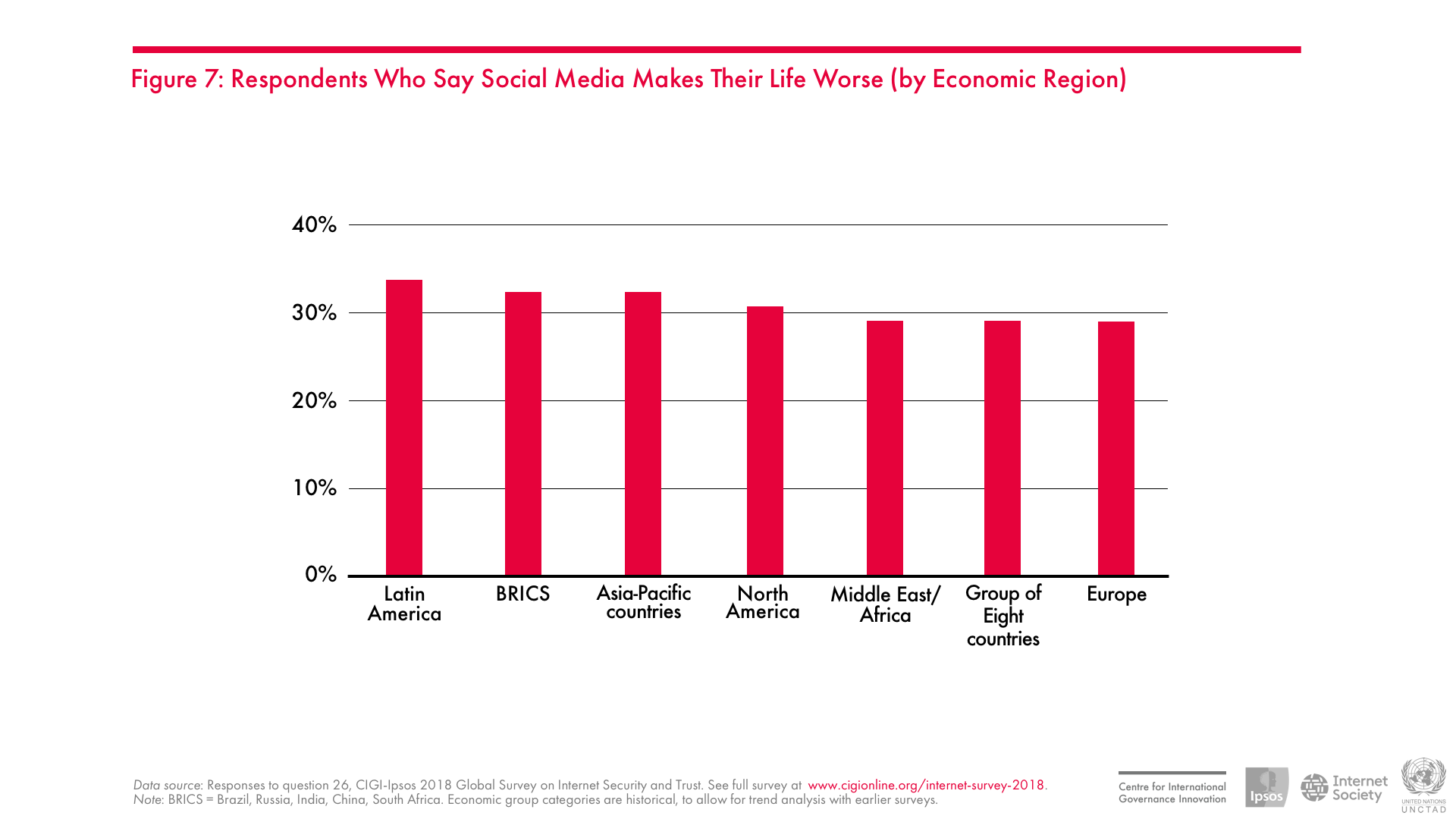 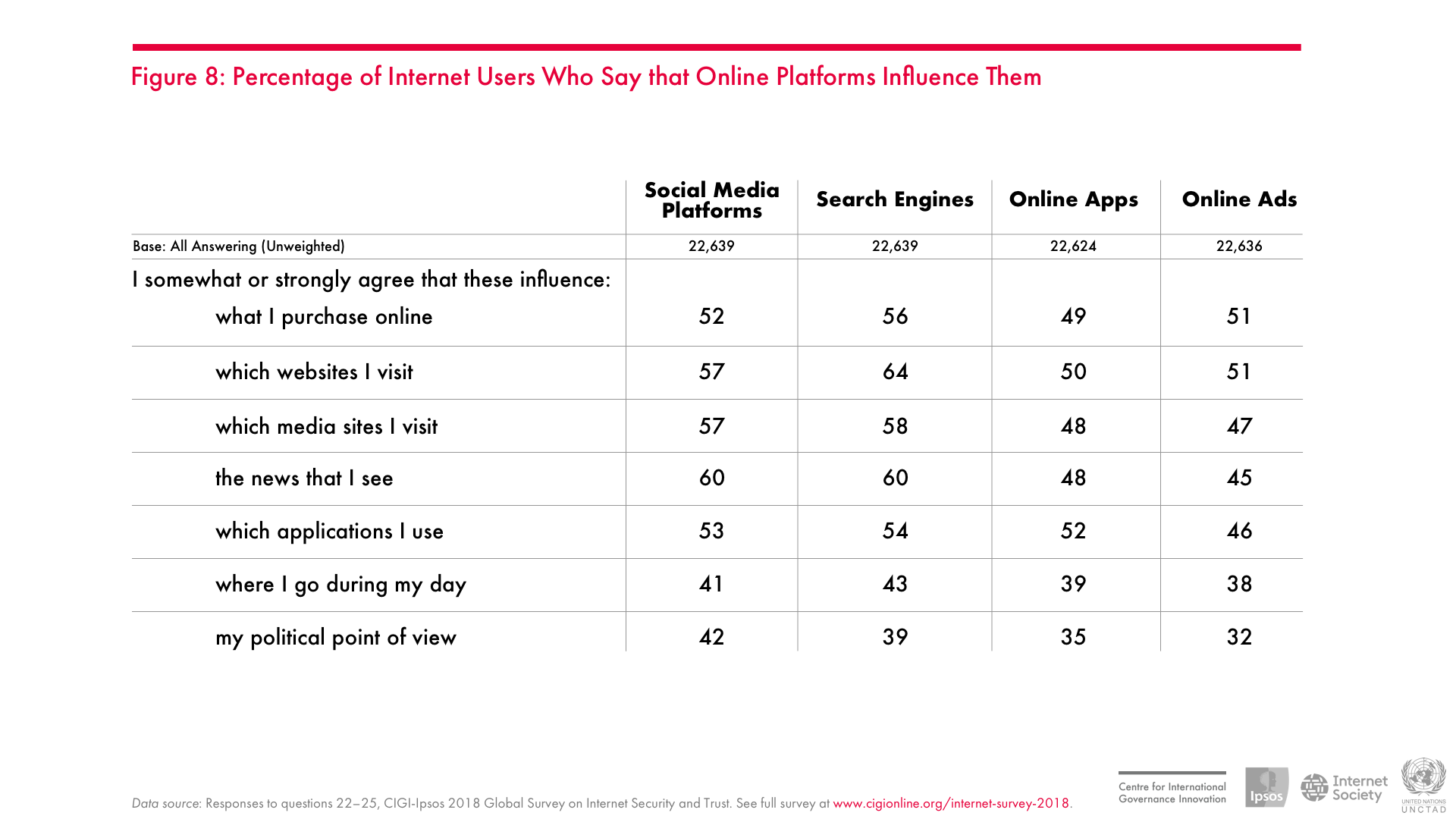 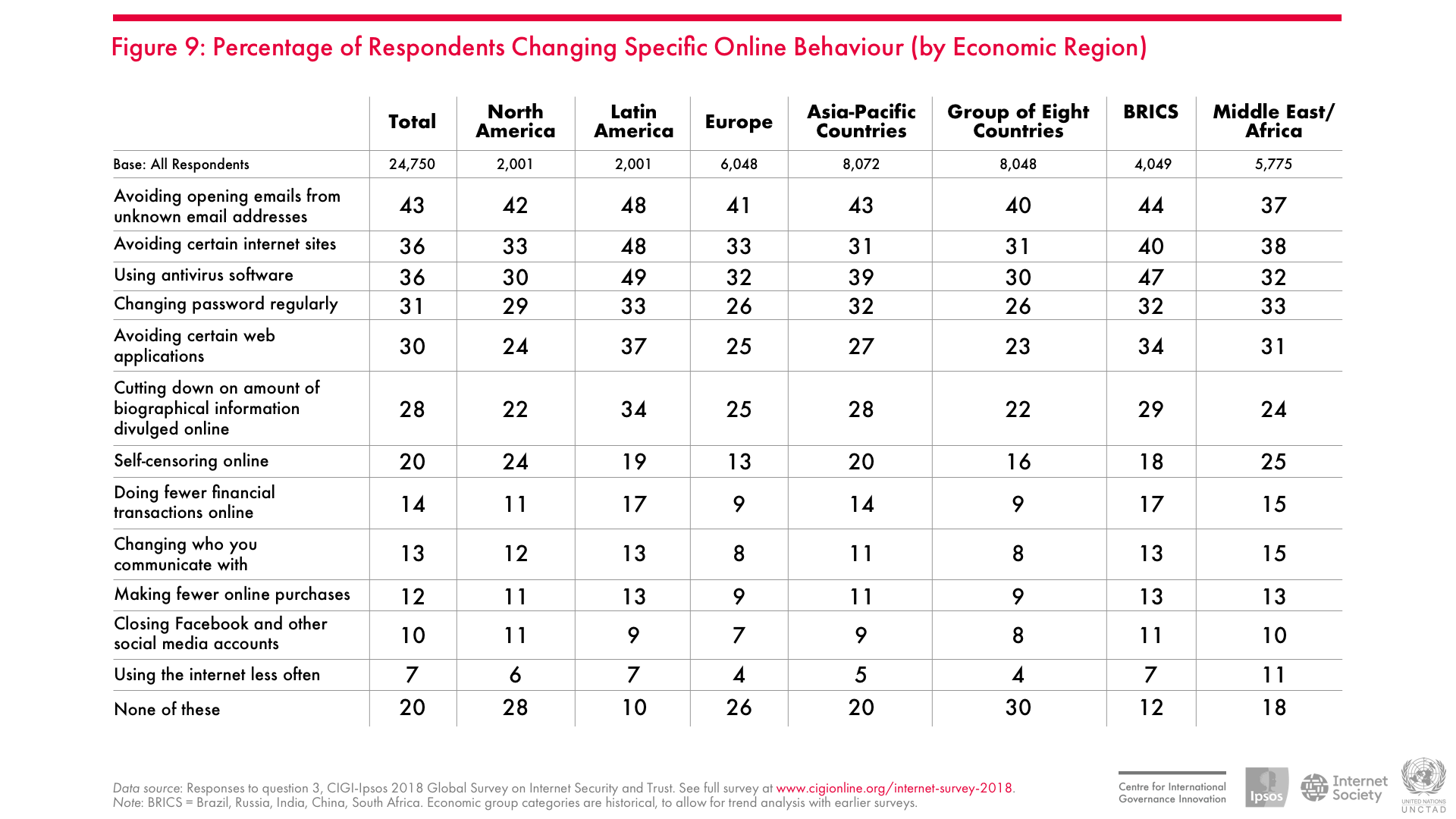