How should we respond to states that deliberately displace their own populations? While the international refugee regime is anchored in the 1951 Refugee Convention and the work of the United Nations High Commissioner for Refugees (UNHCR), the Convention is silent on the question of state culpability, and the UNHCR’s Statute established its entirely non-political character. Although rarely applied, four forms of complementary enforcement mechanisms already exist that could be used to limit and deter deliberate displacement by states: the UN Human Rights Council’s Universal Periodic Review mechanism; soft and regional law, such as the UN Guiding Principles on Internal Displacement; international criminal law at the individual level, where deportation and forcible transfers have been defined as potential war crimes and crimes against humanity; and the UN Security Council, which has progressively defined the movements of refugees and internally displaced persons as potential threats to regional and international peace and security. Critical to the Security Council response is the Responsibility to Protect doctrine, adopted by the UN member states in the 2005 World Summit Outcome Document. These four mechanisms provide a way to hold states and individuals accountable for displacement. Generating political will to expand their use provides a direct way of ensuring that refugees and other forced migrants are better protected. 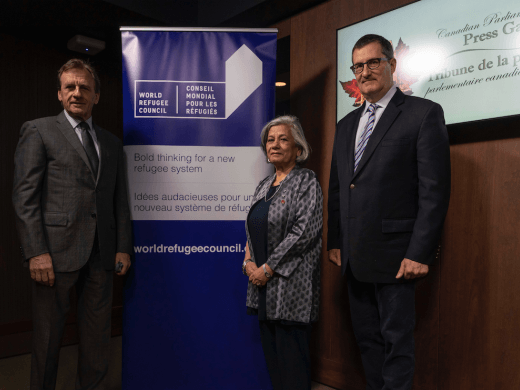