Benno Ndulu is the former governor of the Bank of Tanzania and a professor of development economics at the University of Dar-es-Salaam.

he COVID-19 pandemic found the countries of Sub-Saharan Africa generally ill-prepared to contain the virus or to deal with its economic fallout. First, the capacity of the health-care system to contain the spread of infection, handle emergencies and provide care for the sick was very weak, due, partly, to many years of underinvestment in the health-care system. Second, there was a lack of fiscal space to adequately fund either containment interventions in the health sector or safety nets to ameliorate the effects of these interventions, particularly for low-income members of the population. Third, for a majority of the poor, a combination of low personal precautionary savings and an inability to access the credit system in the absence of a formal welfare system meant that they had no means to finance their survival during lockdowns. A sharp decline of remittances exacerbated this difficulty.

These features shaped not only the type and effectiveness of responses to the pandemic but also their impacts on lives and livelihoods in the region.

African Responses to the Pandemic

Differences in preparedness across countries in the region further shaped the diversity of their responses. Most African countries implemented some form of lockdown during early stages of the pandemic. Some did so without adequate resources for safety nets and faced serious challenges in enforcing social distancing, sometimes relying on state forces for compliance, particularly in countries that declared a state of emergency in their responses. Many of these countries succeeded in slowing the pace of infection, but very few — South Africa notable among them — were able to flatten the curve before beginning to reopen.

A few countries adopted “light” social distancing, primarily because they couldn’t afford the safety-net costs of lockdowns. They instead relied on personal hygiene and self-preservation, trading off “lives for livelihoods.” This category often also included countries with impending costly and difficult to postpone elections in 2020. 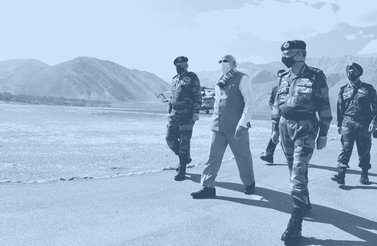 A key attenuating factor for the region’s ill preparedness appears to be the youthfulness of its population, whose median age is just 19. Available data shows lower death rates from infection in the region, notwithstanding the prevalence of poor health-system capacity. The mortality risk of COVID-19 for the continent as a whole is estimated at 2.3 percent, compared to the global rate of 2.4 percent. Moreover, South Africa and Kenya, for example, are among countries with the lowest case-fatality rates (below two percent). It is also noteworthy that, in a few cases — Liberia and South Africa, for example — the lessons and institutional structures from previous epidemics, such as HIV/AIDS and Ebola outbreaks, have been helpful in handling community-based spread of infections.

Impacts on African Economies and Poverty

African countries have suffered significant damage to their economies as a result of shutting down activity at home as part of a containment strategy. Perhaps the larger damage was brought about by immediate global reaction to the pandemic, in particular, the closure of borders (impacting trade flows and tourism), the collapse of global demand (for example, for oil, impacting African oil producers) and the disruption of supply chains.

Consequently, in 2020, Sub-Saharan Africa will suffer its first recession in 25 years. In its June 2020 regional economic outlook for the region, the International Monetary Fund (IMF) projects  that the region’s economy will shrink by  3.2 percent in 2020 before recovering to growth of 3.4 percent in 2021. The collapse in 2020 is dominated by the two largest economies in the region: Nigeria and South Africa (with contractions of 5.4 percent and 8 percent, respectively). Excluding these, the region’s recession would be significantly shallower, at –0.6 percent, and would recover faster with 2021 growth of 3.8 percent. Fourteen out of 45 countries will avoid a recession but grow at significantly lower rates than in 2019.

The region has suffered its first setback in poverty reduction in two decades, which threatens to reverse all the gains made to achieve the millennium development goals. Low-income households were more severely impacted. The International Labour Organization estimates that 85.8 percent of Africans depend on employment in the informal sector for their livelihoods on a daily basis. A policy brief published in May 2020 by the International Growth Centre estimates that an additional 9.1 percent of the population in Sub-Saharan Africa have immediately fallen into extreme poverty as a result of COVID-19, with 65 percent of that increase resulting from the lockdowns alone. It further estimates that 3.6 percent of the population in the region, including 3.9 million children under the age of five, have fallen into severe food deprivation. The task of recovery is not, therefore, simply one of reviving growth, but also of dealing with distributional consequences and pushing the group that has fallen below the poverty threshold back up.

What is also worrisome is that development assets are at risk. The prognosis is not good — a seeming déja vu of the 1980s —for three main reasons. 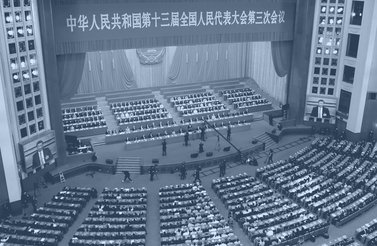 First, between 2013 and 2017, the Sub-Saharan African countries have seen a very rapid buildup of debt, with nine countries currently already in debt distress and more than 10 in high risk of debt distress. This was the situation before the pandemic. Beyond curtailing access to capital markets, this situation has also put pressure on domestic sources of financing as the cost of funds escalates. Second, although multilateral institutions — such as the International Development Association — have ramped up crisis response funding to an impressive degree, it has typically been achieved through a reallocation of resources (including front-loading of the next IDA-19 funds) away from other developmental support — there has not been an outright addition to the envelope. Third, the sub-Saharan countries’ fiscal response has been timid and pro-cyclical (with an average fiscal stimulus of three percent of GDP, versus the global average of responses at the double-digit levels in Organisation for Economic Co-operation and Development and emerging market economies); the central banks’ responses, although slightly bolder, have not been much better. As a result, funds are being diverted from development and operational budgets to fund crisis response needs and putting growth recovery at huge risk.

The immediate response has been to prioritize protection of the economy as a going concern during this storm, so as to allow quicker recovery out of the crisis and avoid protracted process for normalization. Having learned from the global financial crisis and the long recession that followed, it is wise to keep as many as possible in their engagements/jobs and to bear the costs of keeping businesses open rather than shed off labour and face the hurdle of rehiring later. Support for recovery of small and medium-sized enterprises and informal sector activities is key to supporting the livelihoods of the majority of Africans.

Furthermore, the responses have demonstrated the role digital technology can play in coping mechanisms during crises. Those who had access to digital connectivity managed to cope better with isolation; the use of that technology permeated the way people interacted, helping to enhance use of social capital (mutual help), which is pivotal to African livelihoods. Societal response to COVID-19 also demonstrated alternative ways to deliver services such as education and health. The pandemic has created the rationale for the acceleration and broadening of digitalization of entire economies — with inclusion as its central target. Digital readiness is pivotal for success and so is the conducive policy and regulatory framework for innovation.

There is still significant uncertainty about the recovery path for the region due to the uncertainty of the path of infection after reopening from lockdowns. The IMF estimates global growth recovery at 5.4 percent in 2021 from a deterioration of –4.9 percent in 2020, compared to Sub-Saharan Africa’s recovery of 3.4 percent in 2021 from a deterioration of  –3.2 percent in 2020. The IMF predicts the region will not get back to a pre-pandemic level of GDP until 2022/23. In an absence of greater means to finance their survival, countries will have to rely more on responsible personal behaviour and voluntary social distancing, as a matter of not only safeguarding their social capital but for their own self-preservation.

Benno Ndulu is the former governor of the Bank of Tanzania and a professor of development economics at the University of Dar-es-Salaam (Tanzania). 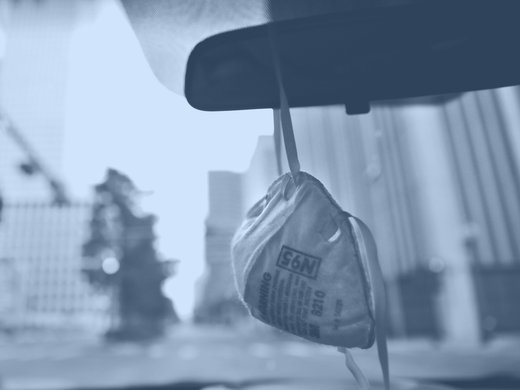