Relatively few appear to have noticed that central banks have moved to the front lines of the climate fight.

Bank of Canada Governor Stephen Poloz took it upon himself to raise the subject while on stage at an event in Toronto last month hosted by the Ontario Securities Commission, after neither the moderator nor a single audience member asked him a question about climate change, even though the theme of the event was emerging risks.

There is no greater emerging threat than the warming of the planet.

Almost 200 countries have signed the 2015 Paris Agreement, yet collectively they have “failed to stop the growth in global GHG emissions, meaning that deeper and faster cuts are now required,” the United Nations Environment Programme said in its annual Emissions Gap Report, published November 26 in Geneva. Nations must cut pollution in half by 2030 to meet the Paris target of keeping the temperature from rising by more than 1.5 degrees Celsius over that time, the report said. That will require a dramatic change in behaviour, as emissions have increased by an average of about 1.5 percent annually over the past decade, according to Bloomberg.

“Climate change continues to pose risks to both the economy and the financial system,” the Bank of Canada said in May, when it formally added global warming to its list of “vulnerabilities” that make the economy susceptible to a financial crisis. More recently, the central bank published an article that states explicitly that “climate change is transforming the economy and financial system.” The International Monetary Fund is even blunter. “Simply put, climate is the biggest risk the world faces,” Gita Bhatt, editor-in-chief of Finance & Development, the fund’s in-house magazine, writes in a prelude to the current issue.

Although the Canadian public may be mostly unaware that the climate has become a priority of central banks, people at the Alberta Treasury are acutely conscious of the fact. 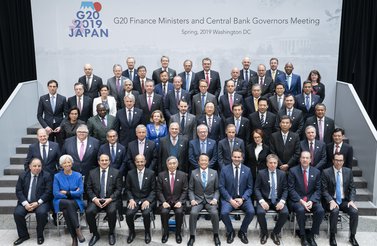 RECOMMENDED
Central Bankers Must Look Beyond the Status Quo

Earlier this year, the Riksbank, Sweden’s central bank, sold all of the Alberta bonds that it owned, Deputy Governor Martin Flodén revealed in a speech on November 13.

The Riksbank had been thinking about how it should approach climate change. It has no explicit regulatory power, so it can’t influence companies’ behaviour directly. But it regularly buys local government bonds as part of its strategy to manage interest rates, and it holds roughly $70 billion of sovereign debt in its foreign-exchange reserve. Officials decided it would be inappropriate to favour one form of Swedish government debt — say, green bonds — over another. But they decided they could discriminate when it came to choosing assets for the bank’s stockpile of reserve currencies. Because of the dominance of the US dollar, and to a lesser extent the euro, the Riksbank determined that it must continue to hold substantial amounts of US government bonds and German debt. However, on the margin, where the central bank had left itself some flexibility in order to seek higher returns, officials decided they should favour assets backed by governments deemed to be taking climate change seriously.

“It is better to instead focus on the issuers, and to make an overall assessment of how they work to promote a sustainable climate,” Flodén said. “Indicators of this could be, for instance, their greenhouse gas emissions. This is how we are now beginning to give consideration to sustainability in our new risk and investment policy. We will not invest in assets issued by issuers with a large climate footprint when we are choosing other assets than those best corresponding to our policy need.”

When the Riksbank applied this new approach to its foreign-exchange reserves, it was forced to decide what to do with its Australian and Canadian assets, which represented about eight percent of the total portfolio. The debt of those two countries is attractive because yields are relatively high, there is essentially no risk of default and the assets can be easily sold in the case of an emergency. However, “Australia and Canada are countries that are not known for good climate work,” Flodén said.

The Riksbank recognized that the majority of Canada’s greenhouse gas emissions are created by the oil industry, which is located primarily in Alberta. The province’s United Conservative Party, elected in April, cancelled the previous government’s carbon tax earlier this year and has vowed to challenge a federal carbon tax at the Supreme Court. So Sweden’s central bank dumped its Alberta bonds in the spring, and more recently emptied its coffers of debt issued by the Australian states of Queensland and Western Australia, Flodén said.

Investors are already adjusting portfolios to reduce their exposures to climate-related risks, and this creates repricing of carbon-intensive asset. The risk is that this transition doesn’t happen smoothly.

Carolyn Wilkins
Senior Deputy Governor of the Bank of Canada

The Riksbank might be the only institution to have made such an obvious intervention in the name of climate, but that could change as other central banks develop policies and complete research on how monetary policy should adjust as economies are altered by global warming. To be sure, the United States Federal Reserve hasn’t yet taken a clear stand on the issue. Christine Lagarde, the new head of the European Central Bank (ECB), wants climate change to be part of a strategic review of the ECB’s mission, an idea that will face resistance from Jens Weidmann, president of Germany’s Bundesbank, the Financial Times reported on November 27.

For its part, the Bank of Canada this month initiated a research program devoted to understanding how climate change could affect the central bank’s work. “While this transition creates opportunities for innovation, investment and potential green growth, it also poses economic transition risks,” including “stranded assets,” such as existing oil reserves that wouldn’t have a market in a low-carbon economy, and a significant repricing of equities and other assets linked to a carbon-based economy, said Miguel Molico, senior director of research in the Financial Stability Department, in a report on what the Bank of Canada plans to study.

In the short term, the Bank of Canada intends to incorporate weather data into its economic models to see if it can measure the degree to which weather events affect variables such as gross domestic output and inflation. Last winter, economic growth essentially stalled, raising questions about whether the economy was headed for a recession. Poloz, the governor, ultimately decided the rough patch was the result of severe winter storms crippling transportation across North America. He was proven right. But the episode shows why a central bank might want to better understand the weather. If Poloz hadn’t had that intuition, he might have made a policy mistake.

Given that Canada’s oil industry is concentrated in one province, the Bank of Canada will study the impact of various transition scenarios at regional levels, rather than just at the national level, according to Molico’s report. Among the medium-term objectives is a plan to assess whether historical crude prices inform how the Canadian economy could be affected by an eventual shift away from oil. The central bank also intends to do extensive research on how the shift to a low-carbon economy could affect financial stability, given the exposure of banks to the oil industry.

The work will likely take time, because the academic research on how investors might price climate-related risks is still preliminary. But there appears to be little doubt that the effects could be significant. Carolyn Wilkins, the central bank’s senior deputy governor, noted in a speech on November 19 that annual insurance claims for property and infrastructure damage averaged $1.9 billion between 2009 and 2018, compared with an annual average of $200 million from 1983 to 1992.

“Investors are already adjusting portfolios to reduce their exposures to climate-related risks, and this creates repricing of carbon-intensive assets,” Wilkins said. “The risk is that this transition doesn’t happen smoothly.” 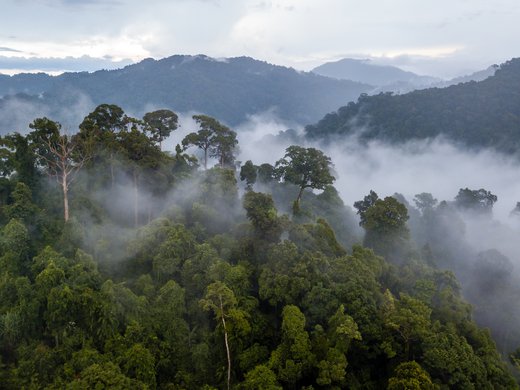 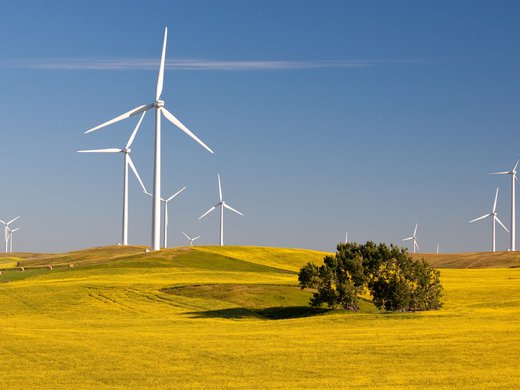 A Guide to Emissions Trading under the Western Climate Initiative 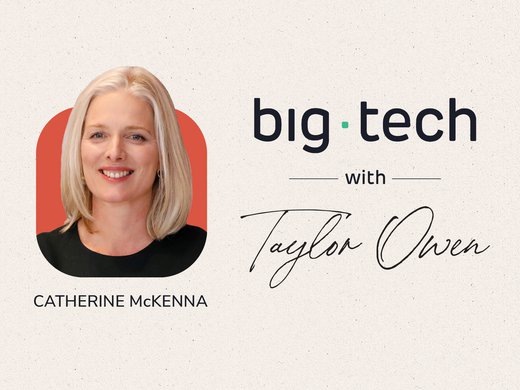