Inside Trump's Plan for a Clean Coal Boom in Rust Belt 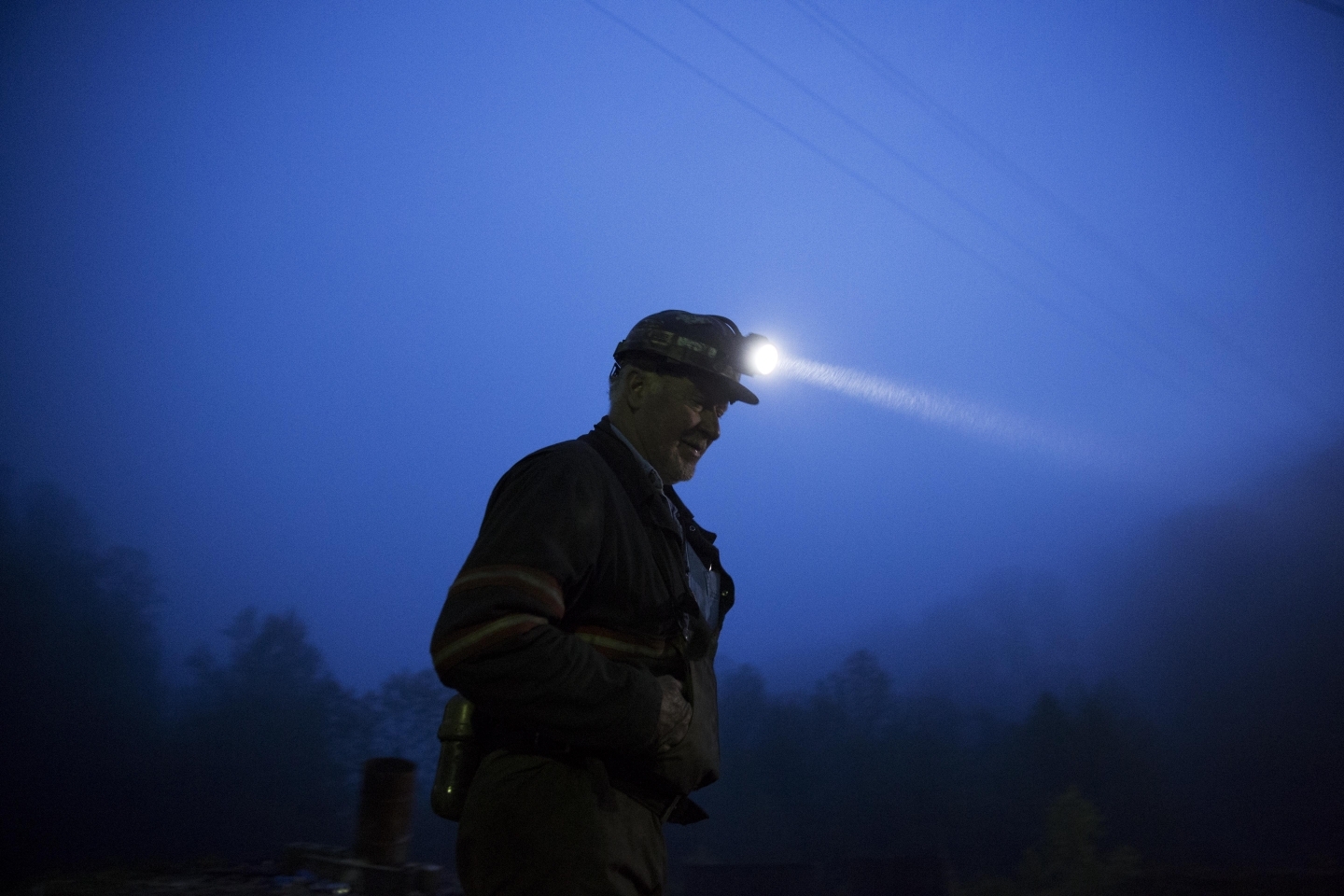 Coal miner Scott Tiller prepares to head into an underground mine at dusk in Welch, West Virginia (AP Photo/David Goldman)

Political pundits will debate the factors that contributed to Donald Trump’s surprise victory in the US presidential election for years to come. But for the critical Rust Belt region of the country — including Ohio, Pennsylvania, Wisconsin and Michigan — a decisive factor may have been the president-elect's promise to bring back jobs in the long-suffering industrial and energy sectors, including in the coal mining regions of these states.

Indeed, the coal sector has experienced a massive reversal of fortune in the United States over the past decade. Coal consumption in the US electricity sector has plummeted by more than a third since its peak in 2007, experiencing a decline of 17 per cent from January through March of this year.  As recently as 2008, coal was the source of approximately 50 per cent of electricity generated in the US; that figure has now fallen to about 30 per cent in 2016. Employment in the coal sector has suffered as a consequence, declining from more than 84,000 when President Obama took office to fewer than 57,000 currently.

During the presidential campaign, president-elect Trump pledged to bring back the jobs in coal regions such as Appalachia, and to re-open mines throughout the region. Intriguingly, at the second presidential debate, Trump, in responding to a citizen who asked a question about energy policy, stated: “There is a thing called clean coal. Coal will last for a thousand years in this country.”

While his estimate of coal reserves is probably wrong by a factor of ten, the president-elect made the policy a highlight of his first YouTube “update on the White House transition and our policy plans for the first 100 days", saying: "On energy, I will cancel job-killing restrictions on production of American energy, including shale energy and clean coal, creating many millions of high paying jobs.”

The pledge raises the interesting question of what would be involved in a commitment by his administration to large-scale deployment of “clean coal” technologies, known as “carbon capture and sequestration” (CCS).

CCS entails the capture and compression of carbon dioxide from large point sources, such as power plants or industrial facilities, transport of the captured carbon, usually through pipelines, and underground terrestrial or ocean storage and sequestration. CCS could, at least in theory, sequester up to 90 per cent of the carbon dioxide emitted from such facilities, substantially reducing radiative forcing.

CCS is in the very early stages of development, with 21 large-scale projects currently in operation globally, and six more on the drawing board. This includes three projects in the US: the Kemper County Energy Facility in Mississippi, the Petra Nova Carbon Capture Project in Texas, and the Illinois Industrial Carbon Capture and Storage Project. Kemper and Petra Nova are “clean coal” projects.

Still, if we take Trump at his word in terms of his interest in "clean coal", I would argue that a commitment to this path would ultimately prove to be a fool’s errand in terms of US energy and climate policy. First, it is highly unlikely that CCS can prove economically viable in the current US energy market, or the market that is likely to transpire under a Trump administration. CCS could ultimately impose a whopping cost of $30-140 per ton of carbon dioxide captured, and according to the US Department of Energy, potentially increase electricity prices by as much as 80 per cent for new power plants. This would further undercut coal’s competition against natural gas, the primary reason for its travails in recent years, as well as renewable energy options, which continue to rapidly drop in price.

President-elect Trump has also proposed measures to relax environmental regulations on the coal industry that might help decrease its costs, most prominently proposing to scrap the Paris Agreement and the Obama Administration’s Clean Power Plan. However, such measures would also further undercut the price signals that would be essential to provide incentives for owners of current coal-fired facilities, or developers of new facilities, to incorporate CCS technology. Such measures would ultimately benefit coal’s  primary competitor in the electricity sector, natural gas, as would other Trump proposals such as potential relaxation of regulations on fracking.

We have already seen financial storm clouds for CCS in the US. In 2010, the Obama administration awarded $1 billion to the FutureGen 2.0 project, a public-private partnership created to build a CCS demonstration plant. Ultimately, the project was cancelled, primarily due to a failure to address private investors or power purchasers, attributable to the high cost of the project and projected high cost of electricity generation. A large number of other CCS projects have been cancelled throughout the world for the same reason.  Some projects, including Kemper County in Mississippi, have been plagued by massive cost overruns. This could ultimately further imperil their viability, especially in states with deregulated utilities, where energy generators compete with each other to provide electricity to the grid.

Some proponents of CCS have argued that it might be possible to use captured carbon dioxide instead of burying it, a process known as Carbon Capture, Utilization and Storage/Sequestration (CCUS). Possible uses of carbon dioxide include for enhanced oil recovery (using carbon dioxide to flush out residual oil deposits), as well as in the food and beverage industry, pulp and paper manufacturing and metal fabrication. However, in the case of most manufacturing processes, the amount of carbon dioxide that could be diverted is clearly insufficient to meaningfully offset the costs of carbon capture. And in the case of enhanced oil recovery, many consider it perverse to utilize a process that incentivizes further production of fossil fuels that may exacerbate climate change, and which may result in technological lock-in.

It is likely that proposals to deploy CCS on a large scale would engender substantial public opposition in the United States given fears (rational or not) of carbon dioxide leakage and the huge deployment of infrastructure that would have to be deployed throughout the country. There has been a public backlash against CCS demonstration projects in several European countries. There is a very real possibility that CCS projects might be locked in interminable litigation, diverting resources that might be better used to help struggling Rust Belt communities.

If President-elect Trump is truly interested in large-scale deployment of CCS, his administration should consider a focus on incentivizing research, development, and potential adoption of CCS for existing and planned coal-fired power plants; securing federal funding of research to avoid carbon leakage; and establishing a process for providing compensation for any damages associated with CCS deployment. If Trump is serious about his energy policies, he must have a serious plan to implement them.