Preface: Lessons from the Pandemic

merican economist Paul Romer is credited with the phrase “a crisis is a terrible thing to waste.” He uttered these words 16 years ago in a totally different context (he was talking about issues affecting US competitiveness), but the advice is timely once again.

As the world grapples with the COVID-19 pandemic that has sickened millions of people in more than 200 countries and killed hundreds of thousands thus far — overwhelming several health-care systems, spreading grief and fear, disrupting trade and commerce, stifling mobility and causing the world’s economy to shrink drastically — wise people in many countries are thinking about and working on four big topics.

First and foremost, scientists are searching urgently for both an effective vaccine to build widespread future immunity and effective treatments for cases that cannot be prevented. Second, governments at all levels are creating policy instruments and support systems to help people live and function as successfully as possible in the continuing presence of this virus until the vaccines and treatments are perfected and widely administered. Third, inventories of critical lessons to be learned from this painful experience are being developed to help prevent identified errors and omissions from being repeated when another crisis (or a second wave) comes along. And fourth, in doing our best to minimize the negative impacts of the pandemic and recover as fast and as well as possible, we also need to focus on how to “build back better” than what was there before.

The essays in this series, collected and edited by Wesley Wark, visiting professor at the University of Ottawa’s Graduate School of Public and International Affairs, and Aaron Shull, CIGI’s managing director and general counsel, make a useful contribution to the development of thoughtful solutions, helping to ensure that we don’t collectively “waste” the health crisis and resulting economic crisis through which the world is now struggling. From different parts of the world and with different backgrounds and expertise, the authors provide a range of perspectives to challenge us and provoke further ideas and arguments, especially around issues at the intersection of public health and national security.

In doing our best to minimize the negative impacts of the pandemic and recover as fast and as well as possible, we also need to focus on how to “build back better” than what was there before.

While Canadian infection and death rates have been less severe than in some of our peer countries (such as the United States and the United Kingdom), and our economy is showing signs of stabilizing with a debt load that most see as manageable, there are still serious vulnerabilities to address. The service sector, hospitality, entertainment, the arts, recreation, travel and tourism have been especially hard hit. Part-time workers, the gig economy, low-income families, minorities and especially women are bearing a disproportionate burden. These groups will demand special attention on the way to recovery, however long that may take. To continue building hope and confidence among Canadians, public policy will also need to be strong on safe and well-functioning schools; enhanced child-care services; public health systems that can reliably test, trace and contain outbreaks; a compassionate transition away from broad dependence on emergency support programs and toward smart investments that will drive recovery; and a credible fiscal track that keeps Canada’s economic growth rate ahead of its debt-servicing costs.

In the longer term, the pandemic has exposed several critical deficiencies that Canadians will expect to be addressed as priorities. Among these are the painful weaknesses in long-term care facilities for seniors, the handling of risks both to and from temporary foreign workers, our ongoing domestic capacity to produce certain vital supplies (such as personal protective equipment), the management of the Public Health Agency of Canada’s emergency stockpile, our nation’s food security and our ability to implement emergency border rules quickly enough. 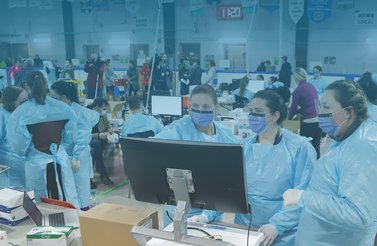 RECOMMENDED
Pandemics: The Need for New Thinking on Security

The principal focus of these essays is on another critical priority: enhancing Canada’s global surveillance and early-warning systems and linkages, to collect and analyze intelligence that could enable us to better detect many kinds of serious threats to the safety of Canadians and the security of our country.

As these issues are examined, there will be many important considerations:

And there is much more to take into account as well.

Governments have no higher duty than to tend to the safety and security of their citizens, and to safeguard their rights and freedoms. To do this responsibly and effectively, governments need to assess and reflect on all the lessons to be learned, adapt their policy prescriptions and build capacity to implement them — in preparation for next time. This collection of essays will help provide a fact base and a road map.

No one will agree with all the ideas and narratives. But everyone can be grateful to Wark, Shull and the essay authors for helping us to “make the most” of our current COVID-19 crisis and come out better on the other side.

Ralph Goodale was a member of Parliament for more than 31 years, serving in both government and opposition in Ottawa and also at the provincial level in Saskatchewan.