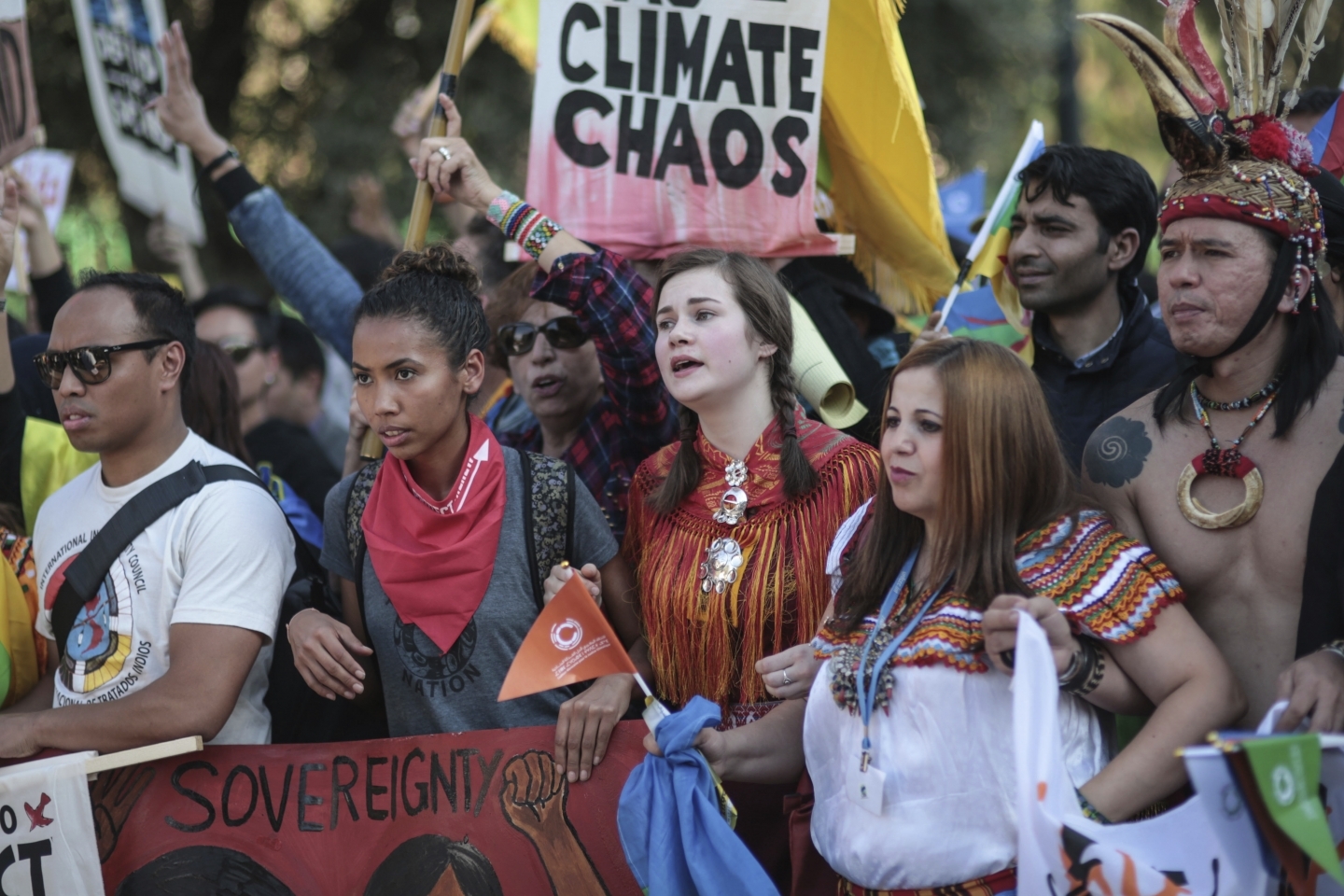 In the wake of US election result, bewilderment and worry appear to be giving way to a renewed sense of determination among many of the delegates to the the world’s annual United Nations climate change talks in Marrakech, Morocco.

The fresh sense of urgency comes after a remarkable year during which the international community demonstrated a significant commitment to advancing efforts to combat global warming, reaching the Paris Agreement last December and moving to ratify the pact at a pace that provides some grounds for optimism for those gathered at the 22nd Conference of the Parties (COP 22) to the UN Framework Convention on Climate Change (UNFCCC).

The rapidity with which states adopted the treaty – which achieved the requirements for entry into force on November 4, a mere ten months after adoption in Paris – while not unprecedented, is highly unusual.

In contrast, the UNFCCC was adopted in 1992 and came into force in 1994. The Kyoto Protocol adopted in 1997 came into force in 2005. Ratification so quickly can be viewed as an indication of the seriousness with which Parties take this issue. The UN Secretary General Ban Ki-moon noted that “…strong international support for the Paris Agreement entering into force is a testament to the urgency for action, and reflects the consensus of governments that robust global cooperation, grounded in national action, is essential to meet the climate challenge.” The mandate of the Parties to adopt a new instrument anticipated that it would be adopted by 2015 but envisaged its entry into effect in 2020.

The high level of commitment of Parties was first signalled by the high level of participation at the signing ceremony. On April 22, 2016, some 175 Parties to the Convention signed the Paris Agreement, indicating their intention to ratify.  The first wave of ratifications came from smaller states whose emissions amounted to just over 1 per cent. But the ratification by China and the U.S. on September 3, 2016 in Hangzhou, just before the G20, was a breakthrough. From 24 parties and 1 per cent, carbon emissions covered went up to 39 per cent. At the September 21 event at the UN held by Ban Ki- Moon, some 31 additional countries deposited their instruments of ratification and the percentage went up to about 48 per cent. 7.5 per cent remained to be achieved.  India representing 4.1 per cent of emissions ratified on October 2, 2016. The EU, which normally goes through a lengthy process prior to ratification, has put into place a fast track process which enabled it to ratify on October 5, 2016 and to be the group of states bringing the agreement into force.  Canada also ratified on October 5, 2016.

Rapid entry into force is surprising given the uncertainly about achieving an agreement at all, less than one year ago. The adoption of the Agreement followed a challenging year of treaty negotiations, taking place in the shadow of previous failures to reach consensus and in a highly charged North South debate.  However, through the diplomacy of the host country France and the most engaged states, some of whom joined a High Ambition Coalition, a new approach to climate protection was taken, designed to address the mistakes of the past, the inadequacies of the existing agreements and the need for urgent action under the climate regime. This overall approach is highly flexible.

While the treaty allows Parties to set their own nationally determined contributions (NDCs), consistent with high ambition and national circumstances, they will be under considerable peer pressure to implement them.  Other obligations regarding the provision of financial and other support are collective in nature, for example in relation to finance, and some obligations provide flexibility in implementation such as the obligation on adaption planning and processes.  The emphasis on updating and a commitment to progression and stocktaking balances the flexibility in the targets. With a strong commitment to transparency and a periodic stocktaking exercise built into the process as well as individual review, states embark on continuous movement forward toward decarbonization. This approach, characterized as bottom up, allows parties to determine for themselves their appropriate level of actions while agreeing to be transparent on such actions.

But one of the most significant components of the Agreement is the aim goal to hold global temperature increase to 2 degrees centigrade and pursue options to keep it to 1.5.  Indeed, it is this aim that provides a yardstick for governments, stakeholders and the public to assess global efforts.  The public and the press have embraced the 2-degree goal and it is becoming a symbol for movement forward on climate change

The Paris Agreement has entered into force for Parties who have deposited their instruments of ratification thirty days after the date that the requirements for entry into force have been met. This is a shorter period than in most international conventions, reflecting a desire for early action.

Entry into force requires establishment of the detailed rules required under the Agreement such as for the market based system. It also galvanizes other states to proceed with their ratification as they risk being outside the decision-making process for developing modalities on issues such as the nature of NDCs and the guidelines for reporting.

Decision-making at this important stage in the development of the Agreement can reveal challenges for the Parties. Normally only Parties to an agreement will participate in decision-making under a treaty. However, the Presidency of the COP21 together with the Presidency of COP22 have committed to work in a spirit of inclusiveness so that no Party which is still in the process of joining the Agreement would be excluded from participating in the development of the rules.  This approach is consistent with the need for broad support in climate change action.  Many of the NDCs were made conditional upon the provision of financial and capacity-building support. As implementation of the NDCs is key to success under the Agreement, all Parties must focus on financial mobilization and the transfer of technology as well as the development of a market mechanism and rules concerning transparency.

Two significant milestones have been achieved: the adoption of the Paris Agreement when it was not clear that agreement could be achieved; and achievement of thresholds for early entry into force that meant the Agreement entered into force before COP22.  Entry into force allows for a focus on implementation of the Agreement. In the meantime, global warming rapidly continues. The latest science is that the global average temperature reached 1 degree Celsius above pre-industrial levels in 2015. Carbon dioxide levels measured in parts per million (ppm) have surpassed 400ppm. These are challenging indicators given the 2-degree goal.  Early entry into force was not too soon. To achieve the aims of the Paris Agreement, the time to act is clearly now. Marrakech is not an end point, it is a beginning.

Two significant milestones have been achieved: the adoption of the Paris Agreement when it was not clear that agreement could be achieved; and achievement of thresholds for early entry into force so that the Agreement will enter into force by COP22.
The opinions expressed in this article/multimedia are those of the author(s) and do not necessarily reflect the views of CIGI or its Board of Directors.