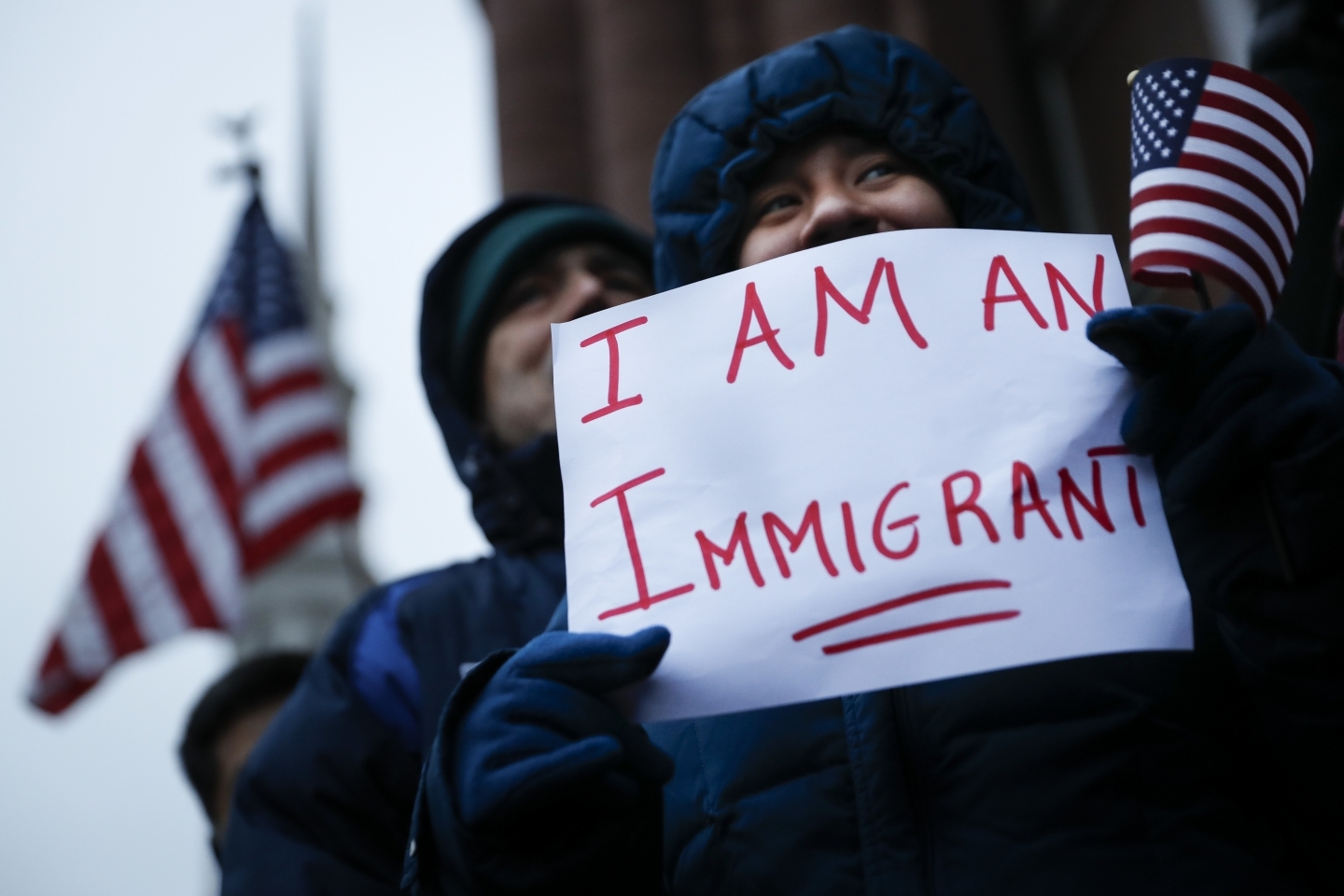 It was a defining moment when former New York City Mayor Rudy Giuliani announced on national television that the president of the United States was intent on persecuting Muslims.

“I’ll tell you the whole history of it: When he first announced it, he said, ‘Muslim ban,’” Giuliani told Fox News on January 28. “He called me up, he said, ‘Put a commission together, show me the right way to do it legally.’”

The motto of mass persecution is “never again.” It is a mantra uttered when memories of old horrors are revived in the wake of new affronts. Every time, state propagandists argue that the policy is necessary for the safety of citizens, the security of the state or the good of the people.

We heard the futile cry of “never again” in Bosnia, in Rwanda, in Syria.

And now, we are hearing echoes of it in America.

What we must never forget about Donald Trump’s Muslim ban is that, in the beginning, there was no pretext. That came later, devised by Giuliani, who — according to his own account — dutifully put together a legal strategy to justify the senseless persecution of a religious minority.

We must never forget the policy began as bigotry, plain and simple: a ban on Muslims on the basis they are Muslims, an affront to international norms and a constitution that holds that all are created equal.

There is nothing rational about a Muslim ban: prohibiting citizens of Iran, Iraq, Libya, Sudan Syria and Yemen from coming to the United States does not strengthen national security. Detaining Muslim children, cancer victims and caregivers — those are among the many Muslims who were detained after the ban — does nothing but afflict the innocent. No terrorists have been caught. No lives have been saved.

Instead, we find an outpouring of confusion and distress, not only from Muslim refugees and immigrants but from those who are witnessing the “never” erode from “never again”: the volunteer lawyers battling an increasingly arbitrary and Orwellian state apparatus, the students and professors stranded, the families separated, the green card holders uncertain and the suddenly stateless.

The policy moved markets and triggered alarm in Silicon Valley. Google recalled employees from abroad and a chorus of tech executives argued the policy would undermine innovation and drive skilled workers elsewhere. “Apple would not exist without immigration, let alone thrive and innovate the way we do,” said CEO Tim Cook in an open letter. Tech rivals said they would throw open their doors.

“It is not clear whether the travel ban also applies to those working at the international institutions that the US hosts, including the International Monetary Fund and the World Bank,” wrote Mohamed El-Erian, chief economic adviser at Allianz, adding: “The uncertainty is enough to stop some staff from traveling abroad on business, thereby reducing the effectiveness of these institutions.”

World leaders reacted as they should with pledges to resettle more Syrian refugees after the indefinite US ban, but America’s denial of refuge to people fleeing atrocities threatens a carefully constructed international system — at a time when scholars and policymakers have been seeking to strengthen the aging global refugee regime.

Muslims in detention say that they have had their social media examined and have been interrogated on their political views and support of the president. This immediately brought to mind what would happen often to my friends in Uzbekistan, an authoritarian regime.

There was a time where I served as an expert witness to help Uzbeks escape their homeland and seek asylum in the United States, a country where they could criticize the president freely and practise their faith as they pleased. I now feel as though they have travelled from one autocracy to another.

Although Giuliani described helping to devise the plan, he does not claim to be its mastermind.

The Muslim ban that has become one of Trump’s signature policies is increasingly attributed to the influence of Steve Bannon, the chief strategist who has a history of boosting white supremacist ideology. As executive chair of the Breitbart News website, Bannon was credited with mainstreaming extremism, pulling racist and xenophobic views from the fringes to the centre. This strategy was in evidence during this tenure as Trump’s campaign director, and appears to be carrying over into his role as White House adviser.

We should consider that the Trump administration may well be starting with Muslims because, due to a decade and a half of post-9/11 anti-Muslim rhetoric, Muslims are a more favourable target than other groups that have found themselves in the crosshairs of the Trump campaign.

Civil rights organizations fear that if the Muslim ban is not strongly opposed now, the administration can be expected to move aggressively on the domestic front to deport Mexicans en masse, and to pursue stop-and-frisk tactics at a time when urban police forces are becoming militarized.

It is far from clear that this is a strategy based on public policy considerations. At this early stage in the life of the new administration, and after what we have seen in recent days, we cannot discount that we are witnessing acts inspired by a disfigured ideology infused with white supremacist hate, glossed with legal jargon and powered by executive order.

It should be noted, the plans are not new or shocking: Trump is simply carrying out the platform on which he ran, the one too few took seriously.

Trump’s Muslim ban currently emphasizes foreign-born Muslims. If the motivation of his administration is ideological, as I believe it is, and not practical, they will likely extend the policy to persecution of US-born Muslims, through plans such as a proposed Muslim registry. In keeping with authoritarian moves of this nature, expect a pretence of danger to justify the stripping of constitutional rights.

This is a defining moment. We must once again echo the call of “never again” — and we must mean it.

Sarah Kendzior is a columnist for The Globe and Mail, and has contributed to Foreign Policy, The Atlantic, The New York Times, The Guardian, Quartz, Slate and Politico. Sarah received her Ph.D. from Washington University. Her research focuses on authoritarian states.

America’s denial of refuge to people fleeing atrocities threatens a carefully constructed international system.
The opinions expressed in this article/multimedia are those of the author(s) and do not necessarily reflect the views of CIGI or its Board of Directors. 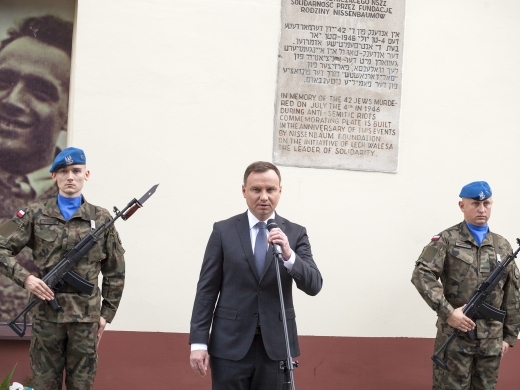 Conflict Management
From Trump to Erdogan, Beware the Populist Prescription 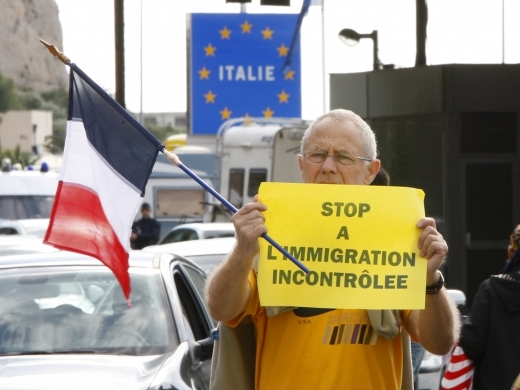 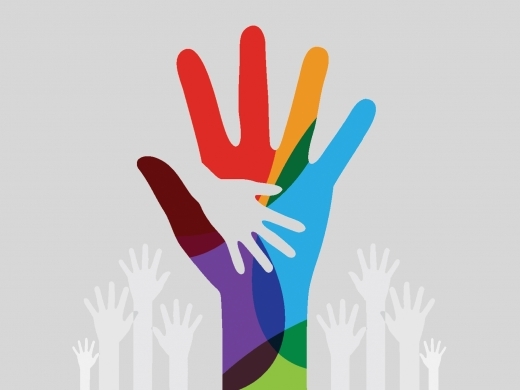