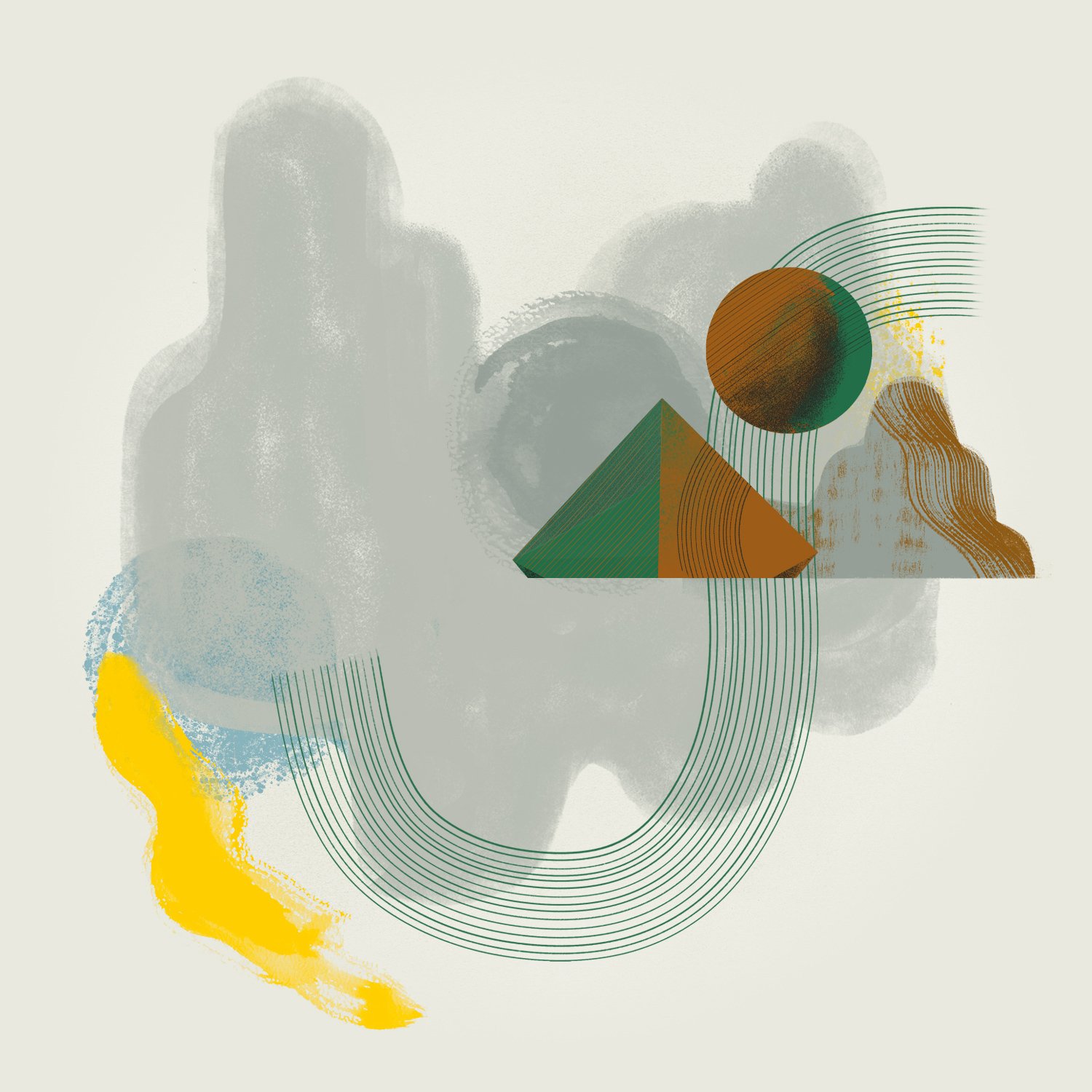 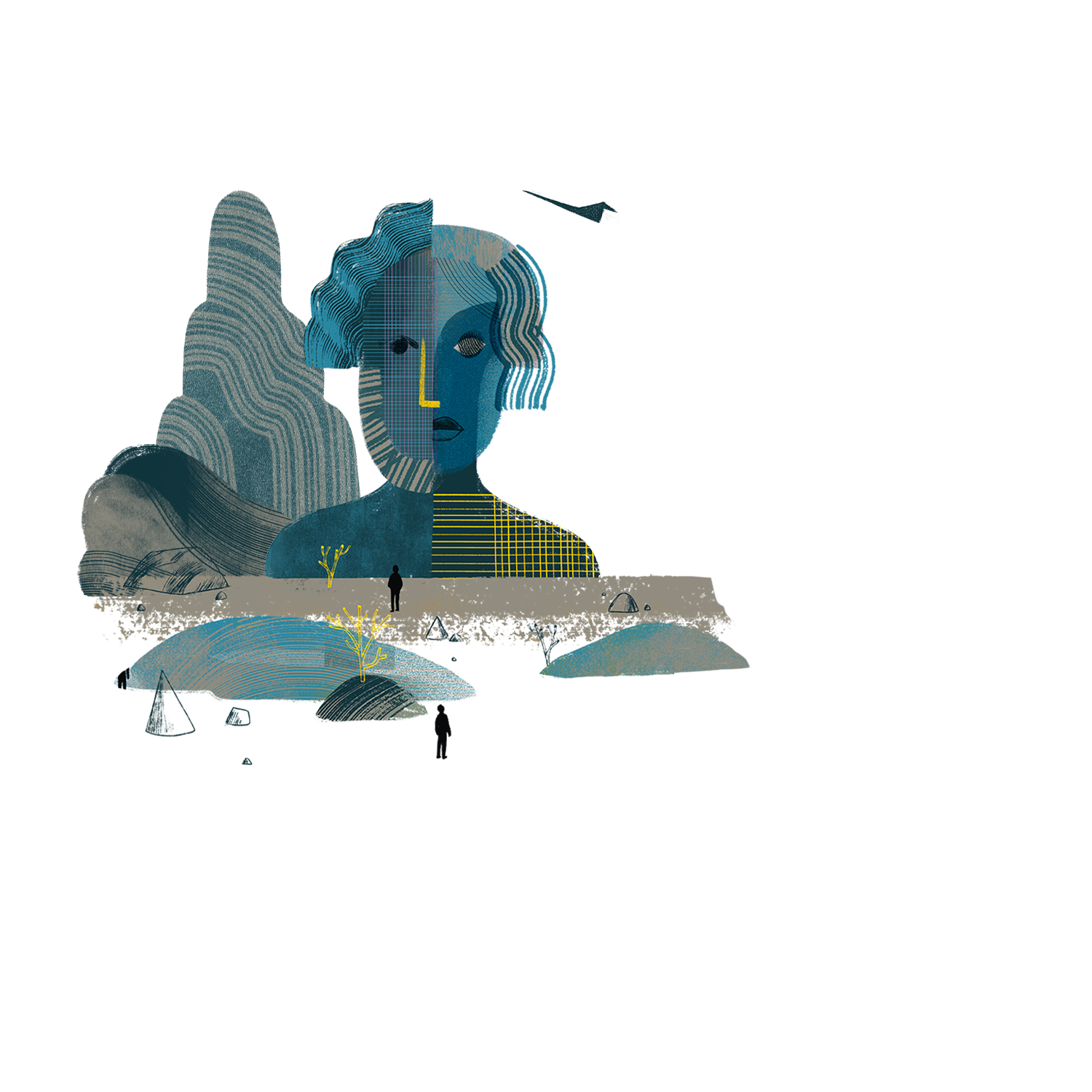 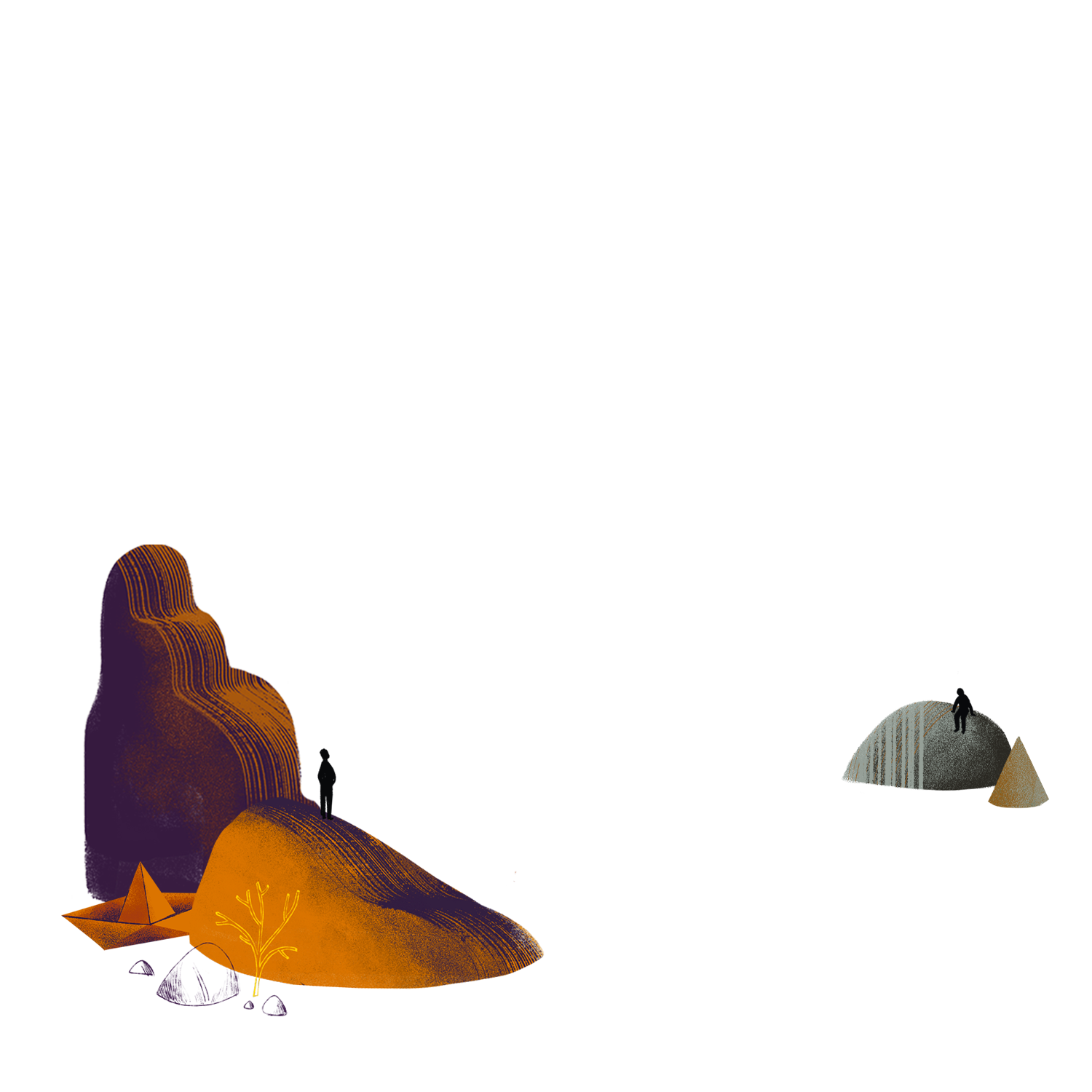 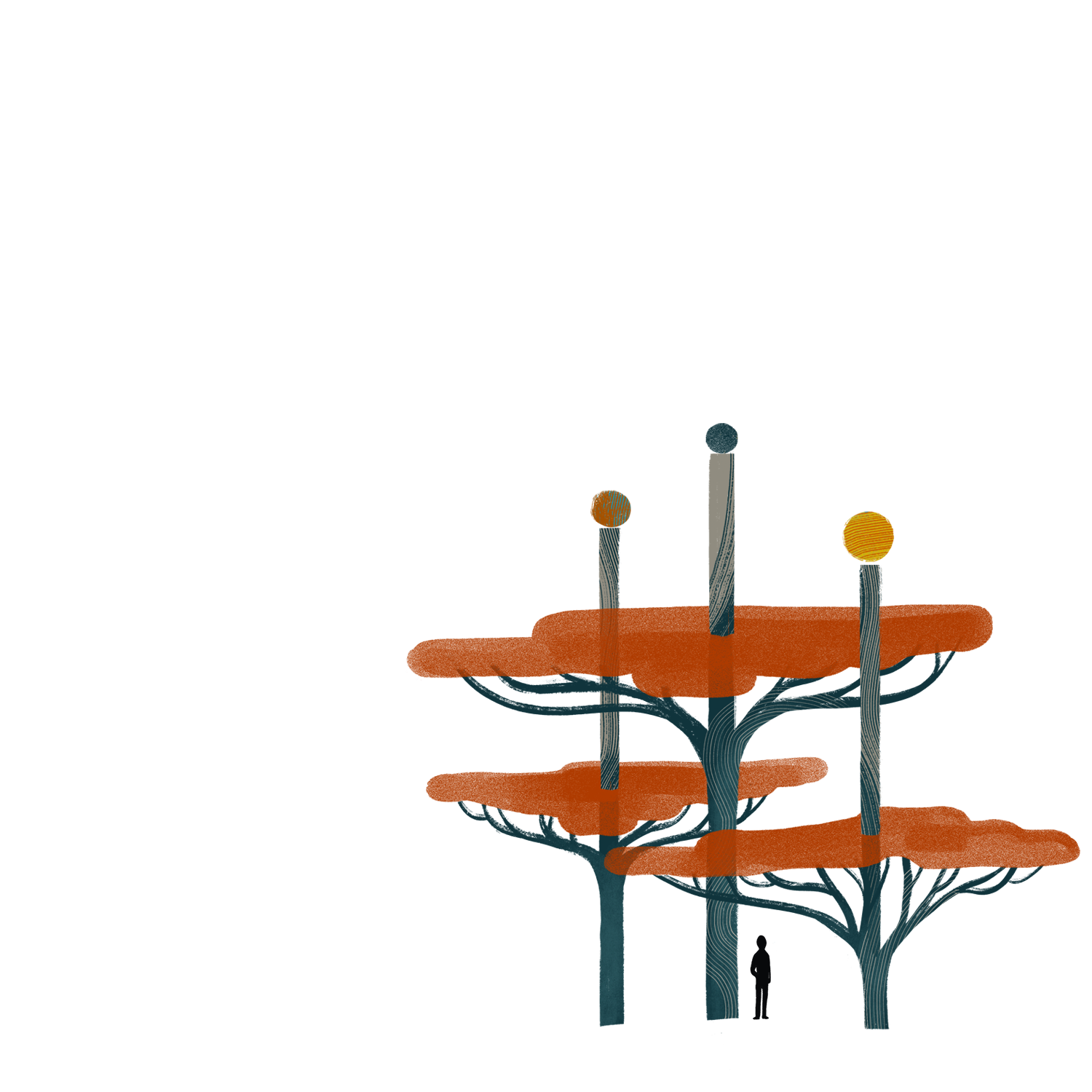 While the internet has brought tremendous social, political and economic benefits over the past 20 years, our current digital order also has significant costs. What was once a far more decentralized order is now dominated by a small number of global platform companies that filter much of the world’s digital content. In the span of 15 years, we have largely privatized our digital public sphere, allowing the interests of publicly traded companies to determine the quality of our civic discourse, the character of our digital economy and, ultimately, the integrity of our democracies. The harms attributed to platforms include election interference, the amplification of mis- and disinformation, harmful and hate speech, siloed epistemic communities and economic inequalities.

Even with these problems increasingly recognized, there remain significant ambiguity and uncertainty about the nature and scale of an appropriate response. Governments around the world have tentatively tried to develop a strategy to govern the digital public sphere, converging on what might be called a platform governance agenda. At the same time, scholars from a wide range of disciplines are working to articulate an interdisciplinary approach to understanding the roles platforms play in our societies, and considering whether our domestic and international governance regimes must adapt existing policies or develop new legal and regulatory frameworks. This endeavour has brought together scholars in communications, media studies, science and technology studies, history, law, geography, computer science, psychology, political science, sociology and anthropology, and is an important evolution in our understanding of the internet.

While encouraging in many respects, the emerging dominant discourse in academia and public policy on platform governance is currently limited by a bias for the Global North, and by focusing on narrow political, regional and disciplinary contexts. This lens is particularly problematic given the fundamentally global nature of the internet. For instance, the dominant existing discourse privileges US definitions of free speech, prioritizes certain common law constitutional approaches to governance and assumes a technology infrastructure that is rooted in wealthy economies.

As a first step to making the conversation on platform governance truly global and responsive, these essays bring together a global group of scholars working in four distinct domains of the platform governance discourse: content policy, data policy, competition policy and infrastructure.

No single state can shift the structure of the platform economy alone. The need for global governance is complicated by a parallel need for cooperation, subsidiarity and complementarity in policy responses. On some issues, such as speech regulation, policy must be nationally implemented; on others, such as ad transparency and a new data rights agenda, global coordination is required; and for others, such as artificial intelligence (AI) standards, global collaboration is needed to ensure uniform application and enforcement. And in each of these levels of governance, there are radically different policy, economic and historical contexts in which platforms must be governed.

As a first step to making the conversation on platform governance truly global and responsive, these essays bring together a global group of scholars working in four distinct domains of the platform governance policy discourse: content, data, competition and infrastructure.

The highest-priority problems concerning the negative impact of technology on society are content-related. Hate speech, harassment and violent extremism are more common online, and platform companies have struggled to find strategies to moderate this content, settling for deleting it rapidly or downranking its visibility in the automated curation of social media feeds. Other forms of potentially illegal activity — including state-sponsored disinformation campaigns, hacking, commercial fraud and other forms of abusive deception — also fall into this policy bucket and must be met with new security and transparency measures. Polices often discussed in this domain include content moderation, ad transparency, bot and agent identification, civic journalism, misinformation-focused cybersecurity, digital literacy and liability.

David Kaye depicts the striking changes in content moderation over the past few years. Now, private companies are creating norms, and the crucial question is whether those private norms will become the basis for public governance. Berhan Taye reflects on the specific issues that arise in Ethiopia as the pinnacle of the real-life consequences that failing to act globally and comprehensively creates, including the specific failures of language policy and so-called proactive technology. Ivar Hartmann looks at the limitations of regional frameworks for content moderation policies and approaches by analyzing the stark national differences in Latin America. Chinmayi Arun explores the moral, political and business context of the decision of Western tech companies to stay in, or exit, countries in which their platforms are used to curtail free expression and human rights.

Although the content-focused policies have taken centre stage in the public debate, arguably the data policies will be more important in the medium term, because they have the power to change how the market is structured and how technology products are built. Consequently, restrictions on data collection and use could reduce these effects in a content-neutral manner, steering business models in directions that are healthier for public welfare. Some of this policy agenda can be implemented under existing data protection laws. Other elements will require new regulations. Policies often discussed in this domain include algorithmic accountability, a wide range of AI governance, increased data privacy protection, new intellectual property standards and global regimes, and data localization.

Joris van Hoboken reflects on the lack of cohesiveness in the European Union’s privacy policies, in particular the inconsistencies that arise as the policies are applied further and further away from Brussels. Siddharth de Souza examines the human rights implications of ratings on gig workers and the vulnerabilities that such subjective metrics create. Mutale Nkonde looks at discrimination that arises from facial recognition technologies and the opacity that makes it impossible to audit these systems for racial discrimination. Finally, Amin Parsa looks at the impact of unchecked collection of traveller data at European borders and the notion of interoperability on world making, in particular on the refugee person.

The vast scale of the digital platform economy is unprecedented. Not only does this afford near-unassailable competitive advantages, but it also invites abuses of monopoly power in ways that raise barriers to market entry. Moreover, the ubiquity of the platform companies in the consumer marketplace creates special vulnerabilities because of the amount of control they wield over data, advertising and the curation of information. Several governments — including the European Union, the United Kingdom and China — have begun to explore new ways to curb the power of digital giants. Focused efforts to promote and grow competition in the digital platform sector create an environment where disruptive innovation can occur, which, in turn, provides greater opportunities to improve consumer welfare, rather than an environment in which dominant platforms create products that are conducive to maintaining the current market structure. Policies often discussed in this domain include modernized antitrust, mergers and acquisitions restrictions, and data portability and interoperability.

Pinar Akman separates the distinct digital elements of the competition policy agenda stemming from automation, big data and algorithmic systems, from those that have far longer precedents. Elettra Bietti explores the potential limitations of antitrust and cautions against the emerging binary between the Chicago School and the Neo-Brandeisian school. Grace Mutung'u examines the data protection policies of mobile network operator Safaricom through the lens of market dominance and urges us to widen our conceptualization of competition policy. Angela Huyue Zhang documents the recent antitrust policies of the Chinese government and argues that these initiatives are part of a far wider industrial policy agenda.

Hong Shen argues that China has been building global digital infrastructure since at least the 1990s and that policy makers need to develop a more sophisticated understanding of how Chinese internet companies interact with the state. Iginio Gagliardone shows how Africa is not the site of a new Cold War between Chinese and American internet infrastructure. In fact, African governments are choosing how and whether to use Huawei versus Facebook or Google. Samantha Bradshaw and Laura DeNardis remind us that we often focus too much on content moderation, whereas many of the most crucial battles around disinformation occur at the infrastructural layer. Finally, Lilly Irani brings our attention to workers as part of technological infrastructure, highlighting the plight of those caught by problematic algorithmic fraud detection.

Together, these essays move us beyond narrow national concerns about the status of the internet, bringing in multinational and ideologically diverse perspectives on where solutions might be found. As such, the series contributes to a more global and multifaceted discussion of platform governance.

Nanjala Nyabola is a CIGI fellow and an independent writer and researcher whose work focuses on the intersection between technology, media and society.