This video is part of The Four Domains of Global Platform Governance, an essay series that examines platform governance from four distinct policy angles: content, data, competition and infrastructure.

The harms attributed to platforms include election interference, the amplification of mis- and disinformation, harmful and hate speech, siloed epistemic communities and economic inequalities.

Even with these problems increasingly recognized, significant ambiguity and uncertainty remain about the nature and scale of an appropriate global response.

This video provides a snapshot introduction to the CIGI essay series The Four Domains of Global Platform Governance.

Scholars from a range of disciplines provide timely and important observations on the harms attributed to platforms to inform the conversation on how to address the digital giants’ algorithmic power.

Narrator: While the internet has brought tremendous social, political and economic benefits over the past 20 years, our current digital infrastructure also has significant costs.

What was once far more decentralized, is now dominated by a small number of global platform companies that filter much of the world’s digital content.

In the span of 15 years, we have largely privatized our digital public sphere, allowing the interests of publicly traded companies to determine the quality of our civic discourse, the character of our digital economy and, ultimately, the integrity of our democracies.

Heidi Tworek: Pretty much, everybody who generally reads the news has a good sense that there are some terrible things that have at least been accelerated by platforms, if not — not caused by them, but accelerated. We think, for example, about the genocide against the Rohingya in Myanmar, where a human rights assessment commissioned by Facebook found that Facebook did indeed bear some responsibility.

Narrator: Even with these problems increasingly recognized, there remains significant ambiguity and uncertainty about the nature and scale of an appropriate response.

Governments around the world have tentatively tried to develop a strategy to govern the digital public sphere, converging on what might be called a platform governance agenda.

Meanwhile, scholars have begun to articulate an interdisciplinary approach to better understand the roles platforms play in our societies, and whether our domestic and international governance regimes must adapt existing policies or develop new legal and regulatory frameworks.

Heidi Tworek: Much of the discussion around regulation is still one very much based in Europe and North America. We don't think enough about this as a global problem. There's still so much that we don't know, because we need to open the space to actually bring in voices to tell us what is happening. There are many things, including regulation, which are happening outside of Europe and North America, and part of the idea of this series is to bring those things into conversation and highlight how important it is to have something that goes beyond a transatlantic conversation.

Narrator: As a first step to making the conversation on platform governance truly global and responsive, the essays contained in this series bring together a global group of scholars working in four distinct domains of the platform governance discourse:

Ivar Hartmann: The highest-priority problems concerning the negative impact of technology on society are content related. And there is a particularly strong case to be made for local context-oriented moderation of hate speech.

Mutale Nkonde: Data policies are really important to get right. They have the power to change how we structure the market and how tech products are built. Until we develop legal frameworks that help us mediate this, we're going to be pretty lost.

If competition is stifled and a few dominant platforms retain all the control, consumers suffer.

Samantha Bradshaw: Underlying the platform ecosystem is the communication, computational and human infrastructure upon which it is built.

When we view platform governance at the level of infrastructure, we open up a much broader discussion about how systems are designed and operated, what servers or services could be blocked or limited, and what hardware, such as 5G technology, can be deployed. 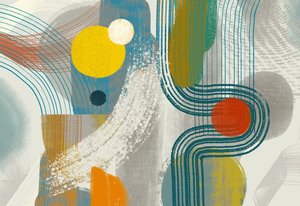 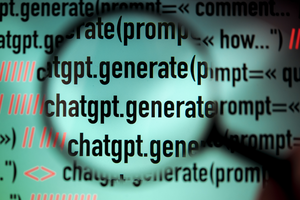 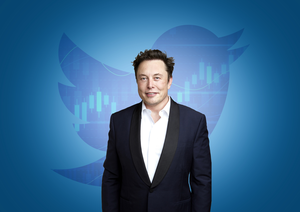